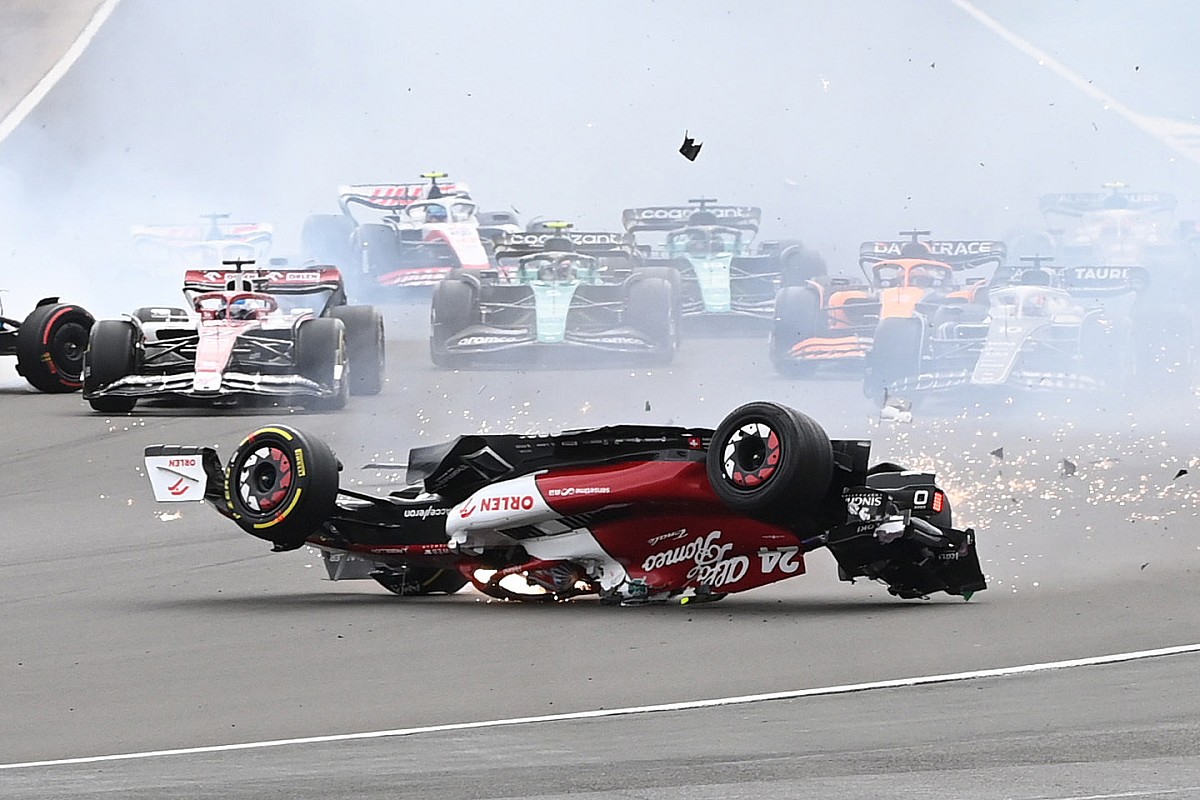 Elon Musk says Tesla has made over 3 million cars


Zhou’s roll hoop was lost early in the incident after he was involved in a clash with George Russell and Pierre Gasly and flipped, with the hoop taking the initial impact when he landed upside down.

As his Alfa Romeo slid along the track surface Zhou was protected by the Halo before the car entered the gravel trap and flipped over the barrier.

Alfa Romeo is the only team in the pitlane to use the option of a ‘spike’ roll hoop design, having gone away from it on its 2020-21 cars, but returned to it for this year’s C42. Historically, teams have often chosen such a design for aerodynamic benefit.

The FIA commenced an investigation with Alfa Romeo soon after the accident, and the matter was discussed in Thursday’s meeting of F1 team technical directors at the FIA technical advisory committee, alongside the porpoising issue.

Regarding the meeting, the FIA noted on Friday: “The TAC also discussed the serious incident involving Zhou Guanyu at Silverstone.

“The teams confirmed their availability to introduce more stringent measures on the roll hoops for 2023, and the FIA undertook to complete the relevant analyses, and to communicate to the teams new requirements for the safety of the roll hoop.”

Alfa Romeo C42 of Zhou Guanyu after his crash

The relevant article in the 2022 technical regulations reads: “The principal structure must pass a static load test details of which may be found in Article 13.3.1. Furthermore, each team must supply detailed calculations, which clearly show that it is capable of withstanding the same load when the longitudinal component is applied in a forward direction.”

Article 13.3.1 contains extensive detail on how roll hoop testing is to be conducted, and the loads that have to be met.

It remains to be seen whether one outcome of the investigation could be a ban on spike designs.

Speaking in Austria last weekend, AlphaTauri technical director Jody Egginton confirmed that the issue was set to be a point of debate after the Zhou crash.

“I think that’s welcomed really. So we’ll sit down at the next TAC and go over it, and I’m sure the FIA and Alfa Romeo will be able to give some feedback,” said Egginton when asked for his thoughts on the accident by Motorsport.com.

“And I’m sure there will be a sensible discussion, and we’ll see where we want to go with it.”

Asked about Alfa’s choice of spike design, Egginton said: “The last time I was involved in a project that ran a roll hoop like that, I think it was 2011. I remember the reasons for it, and they were specific.

“Obviously, we are all subjected to and pass the same test, that’s a requirement. But I guess these are the topics which are going to be raised in the TAC, to see how we go forward and what the FIA view is.”

Red Bull chief engineer Paul Monaghan said that all teams could learn from the Silverstone incident.

“I think it would be a little remiss of us to not look,” said Monaghan. “We’ve got a TAC coming up, so I’m pretty sure the FIA will have had an investigation, probably some help from Alfa Romeo themselves.

“And we’re open to being asked questions on that, and we’ll contribute as best we can to it, for the benefit of the sport. It’s not really a single interest at that point, is it?

“I’d rather wait for the FIA to share the data from themselves as well as Alfa as to exactly what happened, when we establish a load case. Are there criteria by which we can evaluate all the cars fairly? Would all the cars stand up to that or not?

“That’s something which has got to be thorough in reviewing before we sort of guess at it. It would be I think a little naive to say ours is different from anybody else’s.”

Elon Musk says Tesla has made over 3 million cars