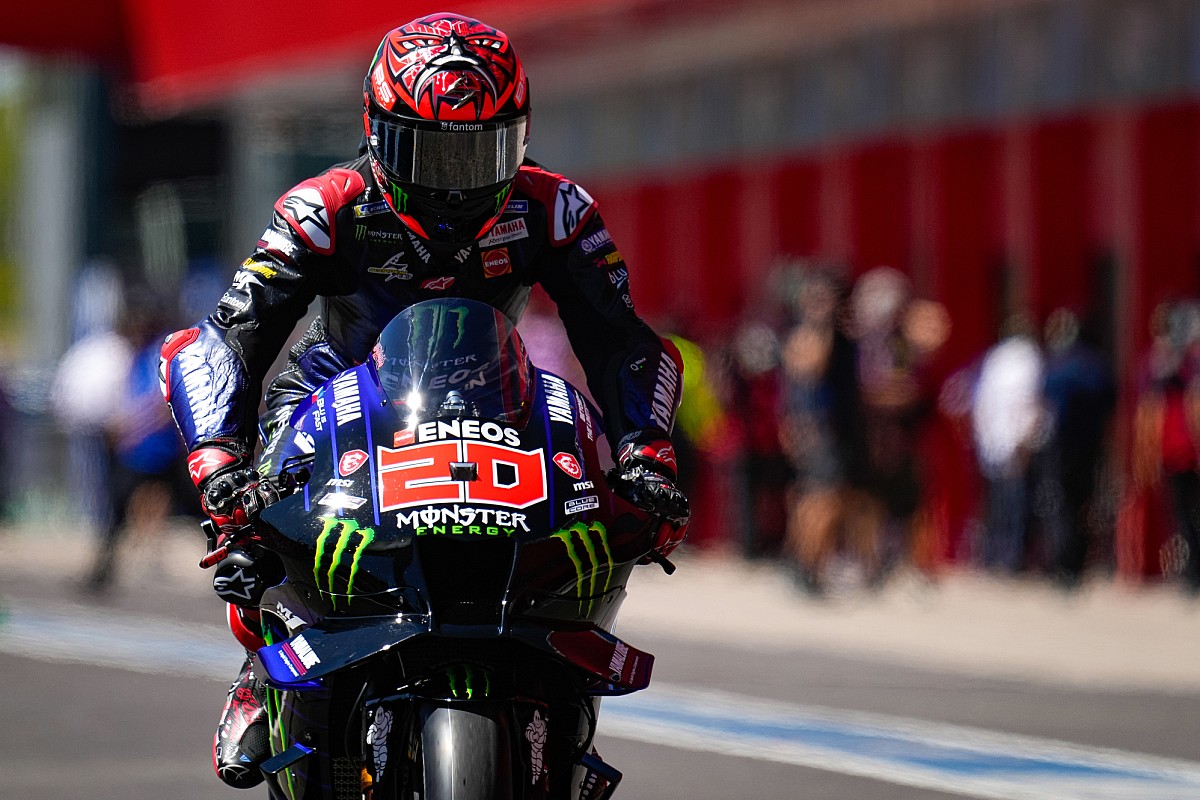 
Quartararo currently sits fifth in the championship after a mixed start to 2022, with a lack of grip in Qatar and Argentina – married to the M1’s lack of horsepower relative to its rivals – leaving him ninth and eighth.

He had hoped that a strong run to second in the wet Indonesian GP after Yamaha made a step with grip in rain conditions would allow him to improve those traction woes in the dry.

This weekend’s Grand Prix of the Americas will take place on a COTA track that has been partially resurfaced following the bump problems of last year.

Quartararo feels how grippy this new asphalt is will ultimately influence how competitive Yamaha will be this weekend.

“Last October I was in a totally different position as now, so of course I will ride a little bit more relaxed than a few months ago,” he said on Thursday in Texas. “Let’s see how the new asphalt is, hopefully it has quite a lot of grip because right now I feel it is the most important thing that can predict our weekend.

“I’m looking forward because I feel like it can be a great weekend.”

When asked by Motorsport.com if the uncertainty around Yamaha’s grip problems was frustrating, Quartararo added: “A little bit, yes, because at the end it’s – I will not say frustrating – but before you start the weekend, you know that if the grip is not enough, you know your chance is less. So, at the end this is our point where we really need to improve, apart from top speed, of course.

“But this year we need to focus on that and try to make a step, but every time I start a weekend it’s the same mentality; to do my best, try to have the best results possible, to make the best race on a Sunday, but it’s true that you never know what to expect before.

“At the end, the most important thing is believing in yourself and trying to achieve what you think you can do during the weekend.”

Quartararo has repeatedly stated his future beyond 2022 remains open given the lack of progress Yamaha has made with its bike this year, but says he’s currently not thinking about any new deals.

“Well, I don’t really think about that for me, at the end it’s a normal GP,” he replied if being at Yamaha title sponsor Monster’s home race had him thinking about his future.

“I know we are here also in the country of Monster so I will do my best. For my future, we will see when I will take my decision.”