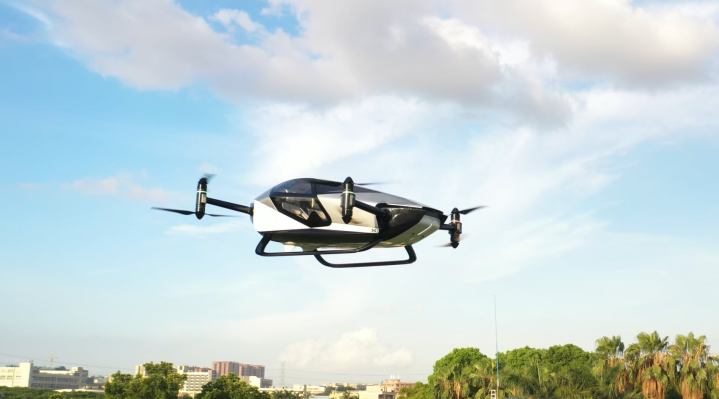 
HT Aero, an urban air mobility (UAM) company that’s an affiliate of Chinese electric vehicle manufacturer Xpeng, has announced a $500 million Series A raise. The company will use the funds to acquire top-tier talent, advance R&D and “continue to gain airworthiness provision and certification” as it advances towards the next generation of its vehicles, according to Deli Zhao, founder and president of the company.

“Our next-generation model will be a fully integrated flying vehicle and automobile, designed for both low-altitude air travel and road driving,” Zhao said in a statement. “We are planning for an official roll-out in 2024.”

HT Aero recently revealed its fifth-generation flying vehicle, the Xpeng X2, which can handle autonomous flight take-off and landing for certain city scenarios, back-end scheduling, charging and flight control. The company says it wants to provide UAM solutions for individual consumers, rather than businesses, which would certainly be in line with Xpeng’s goals.

Xpeng, along with IDG Capital and 5Y Capital, led the funding round, which HT Aero says is the largest single-tranche fundraising in the low-altitude flying vehicle space in Asia. A consortium of investors including Sequoia China, Eastern Bell Capital, GGV Capital, GL Ventures and Yunfeng Capital also participated in the round. Xpeng is the only strategic investor out of a group of purely financial investors, which signals that the EV manufacturer is getting more serious about owning the future of mobility.

As part of its investment in HT Aero, Xpeng will be able to help share knowledge with the company on autonomous vehicle technology, one of its strengths, as well as help with logistics and supply chain management. HT can also leverage Xpeng’s manufacturing capabilities, a spokesperson for the company told TechCrunch.

HT Aero’s UAM vehicles will also have a part to play in Xpeng’s mobility ecosystem that aims to integrate driving and flying. Xpeng’s CEO, He Xiaopeng, plans to go into further detail about that ecosystem at the company’s Tech Day event, to be held on October 24, along with other updates into autonomous technology, flying vehicles, supercharging technology and robotic unicorns.

Honda Motor Company (HMC) also recently announced plans to integrate different forms of mobility into one ecosystem. Marcos Frommer, manager of corporate communications at HMC, revealed various scenarios in which future consumers can tap into one app to book everything from robotaxis to eVTOLs.

“Our mission has always been to explore efficient, safer and carbon-neutral mobility solutions that go beyond smart EVs,” said Xiaopeng in a statement. “What we are seeing is the integration of the three driving forces of smart mobility – disruptive technology, new sources of energy and mass production. We will embrace this opportunity, which is unprecedented in the history of modern transportation.”