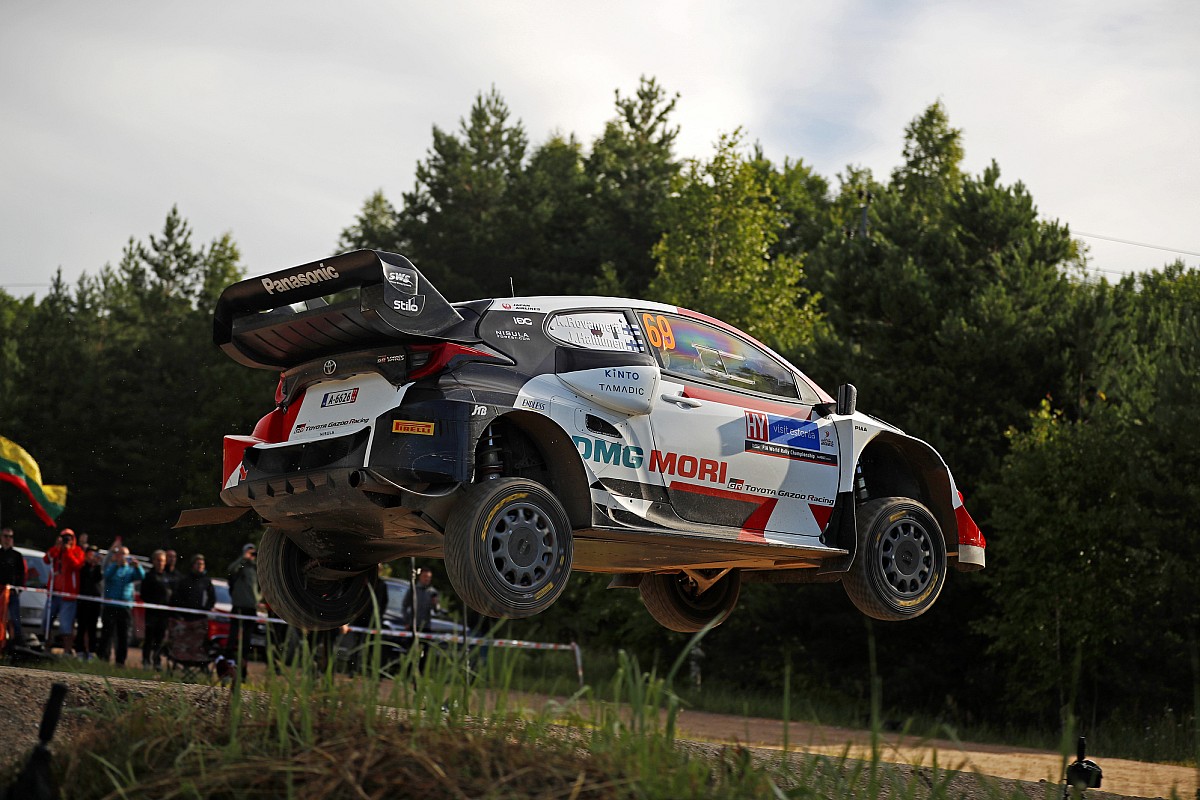 Amazon is buying primary care tech provider One Medical for $3.9B – TechCrunch


The World Rally Championship leader initially came under pressure from Evans, but responded with three stage wins to move into a healthy 19.1s advantage heading into the afternoon’s five stages.

Hyundai’s Ott Tanak was unable to reel in the Toyota duo, ending the loop in third some 57.6s adrift.

Tanak’s teammate Thierry Neuville climbed to fourth after Toyota’s Esapekka Lappi suffered a puncture, which dropped the Finn to seventh.

That lead decreased slightly after the first stage of the day as Evans recorded his sixth stage win of the event. The Welshman edged Rovanpera by 0.6s, despite an inconsistent run across the Rallycross section of the test.

Rovanpera was particularly unhappy with his run, admitting “I was losing seconds everywhere and I am not happy with my run at all.”

The times were close at the top of the leaderboard as Tanak stayed in touch, 1.4s slower, although his i20 N did leave the stop control dropping transmission oil.

After struggling for confidence yesterday, Neuville appeared to be happier behind the wheel as he closed the gap to fourth-placed Lappi to 4.5s.

Toyota’s Katsuta also increased the pressure on M-Sport’s Fourmaux for sixth as he reduced he deficit to 1.6s.

The increasingly slippery conditions proved challenging but it didn’t stop the intense fight between Rovanpera and Evans. This time Rovanpera took the stage by 0.4s from Evans, while Tanak was 1.6s further back.

Evans’ run was not the cleanest as he arrived at the stop control without the air intake on the left hand side of his GR Yaris.

In the battle for fourth, Lappi responded to Neuville’s charge on the previous test to extend the gap over the Belgian to 6.8s, while Katsuta continued his charge, closing to within 1.1s.

The penultimate stage of the loop saw Rovanpera again outline the talent that has taken him to a commanding lead in the championship. The Finn didn’t need to push but elected to attack and subsequently blitzed the stage to beat Evans by 4.2s, to extend his rally lead out to 15.7s.

Evans however admitted he had been “a bit too careful” as he lost ground to his rival.

A cautious approach to the stage seemed sensible as Lappi, Greensmith and Solberg were all forced into a brief stop.

Lappi lost grip of fourth overall after suffering a rear tyre coming off the rim on his GR Yaris, following an awkward landing from a jump. The Finn lost two and a half minutes changing a wheel, dropping him to seventh overall while promoting Neuville to fourth as Katsuta managed to claim fifth from Fourmaux.

While he gained a position, Neuville drove carefully through the stage revealing that co-driver Martjin Wydaeghe was suffering from pain induced by the heavy landings from jumps.

“We had a bad stage – the car was very strange and Martijn had a lot of pain after some landings, so we had to take it careful,” said Neuville.

Further down the order, Greensmith suffered a similar fate to that of Lappi as a tyre came off the rim of his Puma following a jump. The Briton lost almost three minutes and dropped to ninth overall.

A heavy rain shower doused the final test of the morning but the road was beginning to dry when Rovanpera entered, helping him to another stage win. This time he pulled a further 3.4s clear of Evans, while the returning M-Sport’s Craig Breen showed pace with the third fastest time.

Amazon is buying primary care tech provider One Medical for $3.9B – TechCrunch