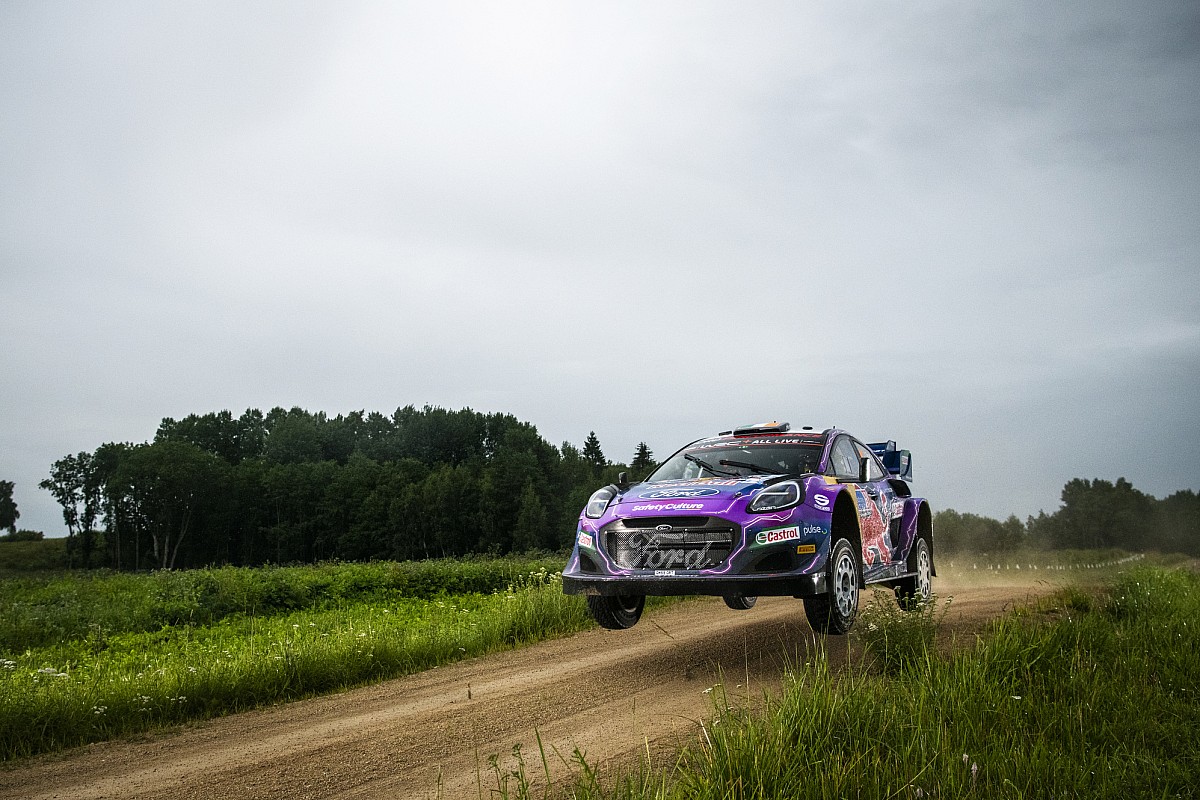 
The Irishman produced a committed run through the short 1.66km gravel stage, held in dry conditions in the setting sun, to edge Rovanpera by 0.1s.

The stage win was Breen’s third of the season as the Ford Puma driver kicked off the rally in the best possible fashion.

“I was so careful of all the rocks in there and I was trying to be as clean as I could,” said Breen. “It’s a good start to the weekend and I am looking forward to tomorrow. These are amazing stages and I can let my hair down.”

Toyota’s Elfyn Evans briefly topped the timesheets before Breen’s run but was left to settle for the third fastest time, a further tenth slower than Rovanpera.

Thierry Neuville headed Hyundai’s charge in fourth, 0.2s faster than home hero and team-mate Ott Tanak, who revealed he was struck in gear during his run.

“On this stage I was stuck in a gear and things like this don’t give you much confidence,” said Tanak in front of a large contingent of supporters.

Esapekka Lappi was sixth fastest for Toyota ahead of team-mate Takamoto Katsuta, who started the day by rolling his GR Yaris in shakedown. The Japanese driver didn’t let the incident dent his confidence.

“It’s not affecting my confidence too much because I have a very good feeling in the car,” said Katsuta.

“It was a small mistake and I can not take that feeling into the rally. I want to bring back a result to say thanks to the guys who fixed the car.”

The top 10 was completed by M-Sport’s Gus Greensmith, Hyundai’s Oliver Solberg and Pierre-Louis Loubet, who is back behind a M-Sport Puma after sitting out Safari Rally Kenya last month.

Latvala, a winner of 18 WRC rallies, came out on top with 3.1s margin over Millener, while Moncet rounded out the trio.

“I tell you, I had pressure as I had to win,” said Latvala. “If there was any mistakes I would have been reminded of it for the next 10 years. I think we should move races as team principals.”

Rovanpera: WRC title thoughts not entering my mind yet