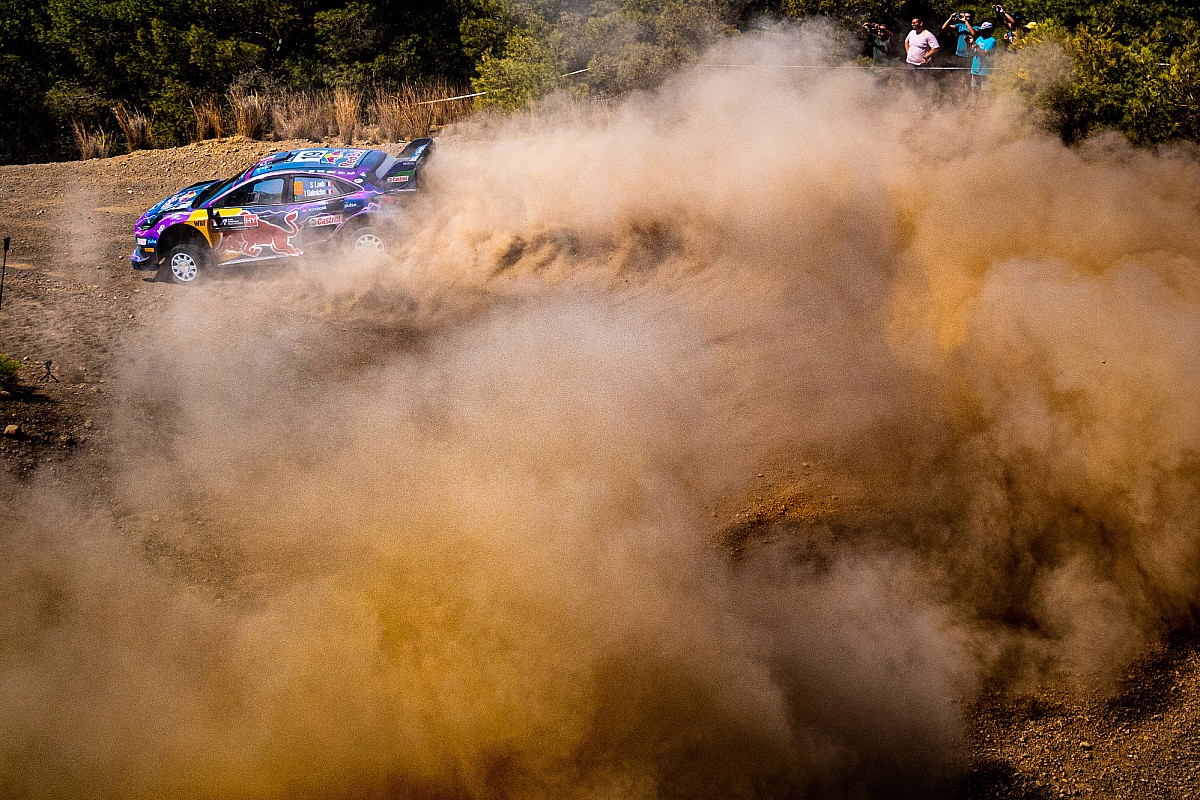 Loeb started the morning with a 1.7s lead over Loubet after the pair shared the spoils across Friday’s six stages.

The rally leader and nine-time world champion made a strong start to the day by posting the second fastest time on the morning’s 33.2km test (Stage 8) to maintain his lead. That advantage extended to 19.0s over Hyundai’s Thierry Neuville, who managed to leapfrog Loubet.

However, Loeb and co-driver Isabelle Galmiche then suffered a power loss and were forced to pull over on a road section shortly after the stage to undergo a repair on the Ford Puma. The problem is understood to be an issue with the car’s alternator belt.

Loeb and Galmiche spent several minutes attempting to repair the issue but ran out of time to fix the problem before the start of Stage 9, ending their hopes of a strong result.

“Unfortunately. Seb and Isabelle ran out of time while conducting repairs, and so will be retiring on Saturday,” read a brief statement from M-Sport.

It is the second time this season that Loeb has retired from the lead after a rare driver error resulted in him crashing out of Rally Portugal in May.

M-Sport was dealt a further blow when Loubet picked up a front left puncture during Stage 9 which cost the Frenchman valuable time.

Loubet managed to coax the Puma to the stage end after losing bodywork around the wheel arch but lost 1m13.2s, dropping him from podium places to seventh overall.

There was further drama on the stage as championship leader Kalle Rovanpera made contact with a tree after sliding wide on a right-hander.

The Toyota driver lost the entire tailgate of hGR Yaris and was forced to crawl through the test, losing 6m29.4s which has ended any hopes of a strong points haul.

Rovanpera had begun the day sitting in ninth overall after struggling for pace after opening the road across Friday’s stages.

As a result of the drama, Neuville now leads the rally by 18.6s from teammate Ott Tanak, who produced a stunning time to win Stage 8.

Toyota’s Esapekka Lappi remains in third position after losing time during the first two stages of the day.