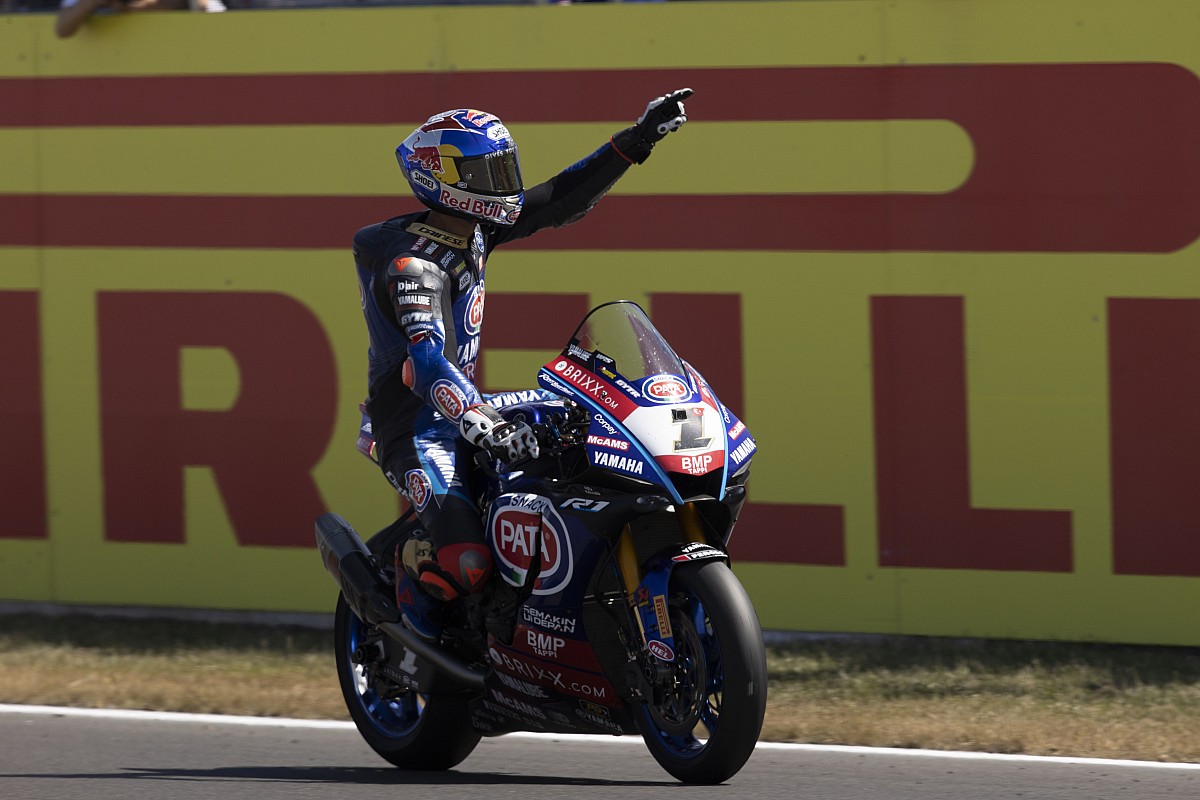 Having bagged pole by virtue of his Superpole race victory, Yamaha man Razgatlioglu was unstoppable on his way to a fourth win in the span of five races, leading every one of the 23 laps on Sunday afternoon.

He beat points leader Alvaro Bautista by a margin of just over a second, with Jonathan Rea completing the podium in third.

Kawasaki rider Rea provided the biggest challenge to Razgatlioglu in the early stages of the race, sticking closely to the rear wheel of his 2021 title adversary until around half-distance.

On both lap 6 and lap 9, Rea managed to nose ahead of Razgatlioglu going through the Fogarty Esses, but on both occasions he was immediately repassed heading into the Melbourne hairpin.

Once Razgatlioglu had weathered that storm, he was able to build a half-second cushion out front by lap 13, stretching that out to over a second in the following three laps as Rea’s pace dropped off.

Having run third in the opening part of the race, Ducati man Bautista steadily closed in on Rea and made the move for second going into the Melbourne hairpin on lap 17.

It means Bautista, whose points lead had been cut to 13 points ahead of the race, heads to this month’s sixth round of the season at Most in the Czech Republic with 17 points in hand over his rival.

Razgatlioglu’s first career triple win meanwhile puts him within 43 points of the top of the riders’ standings.

Behind the leading three, best of the rest was the second Ducati of Michael Ruben Rinaldi, who passed the BMW of Scott Redding to take the place at mid-distance.

Redding was able to complete by far his most convincing weekend aboard a BMW, boosted by the arrival of a new swingarm, in fifth place, comfortably clear of an anonymous Alex Lowes on the second Kawasaki.

Axel Bassani was top privateer in seventh on his Motocorsa Ducati after passing Andrea Locatelli on the second Yamaha, while Loris Baz (Bonovo BMW) beat Iker Lecuona (Honda) in a spirited fight for ninth place.

Garrett Gerloff was a disappointing 11th aboard his GRT Yamaha at a track where he took a podium this time a year ago, albeit passing the Go Eleven Ducati of Philipp Oettl in the closing stages.

McAMS Yamaha wildcard Tarran Mackenzie was handed a five-place grid penalty after his contact with Honda’s Xavi Vierge in the Superpole race, but came through to grab a single point in 15th, while the other wildcard in the field, Peter Hickman (FHO BMW), made the finish in 19th.