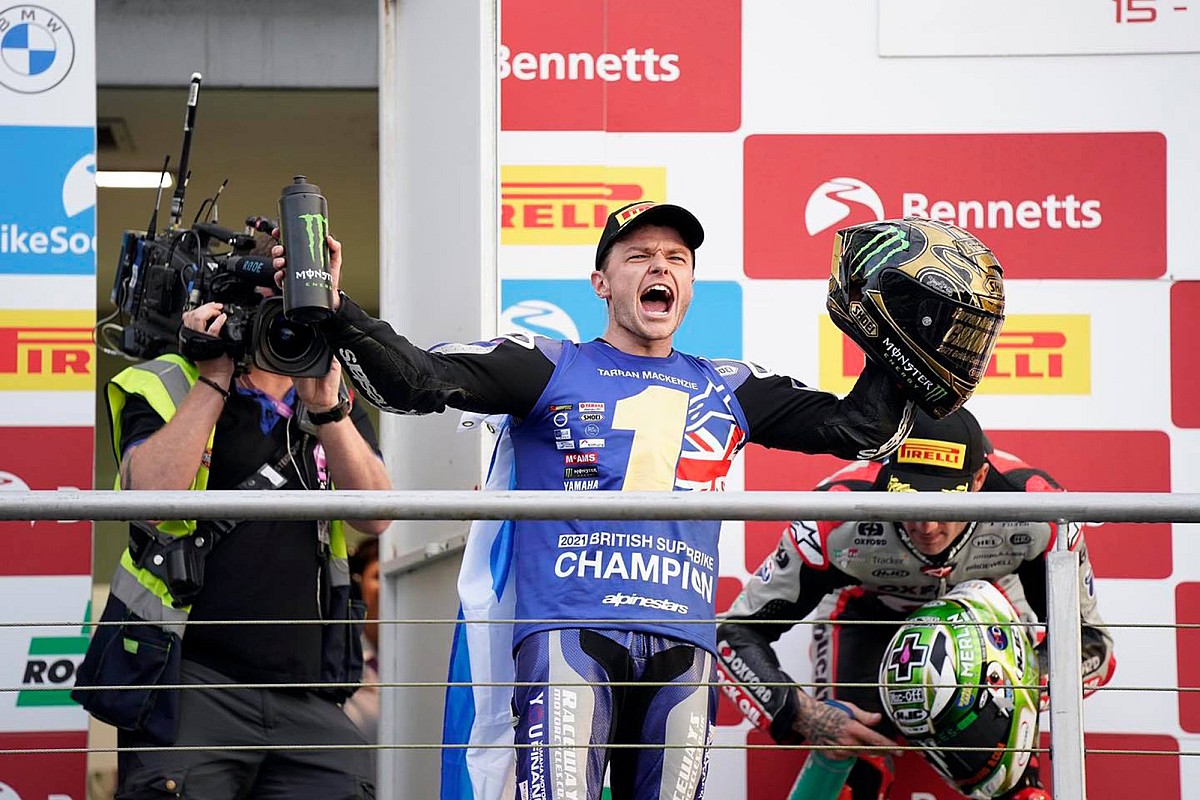 
Mackenzie will ride with his regular McAMS Yamaha team, with which he took the BSB crown last year, although he will be running with the WSBK version of the R1 with full custom electronics instead of the standard MoTeC ECU used in the British series and a different spec of engine.

“We are looking forward to supporting Tarran and the McAMS Yamaha Team as they make their WorldSBK debut with a wildcard appearance in Assen, after what was an incredibly successful 2021 season for them in the British Superbike Championship,” said Yamaha Europe road racing manager Andrea Dosoli.

“We have enjoyed a long and fruitful working relationship with the McAMS team and their two riders, with a real two-way collaboration bringing benefits for all.

“We are delighted to see Tarran and McAMS step up onto the world stage in Assen, as this fits perfectly with Yamaha’s racing philosophy of offering opportunities to the best riders and teams worldwide.”

Mackenzie had been linked with a possible step up to WSBK last year in the wake of his title-winning form in the UK, but any hopes of making the move were seemingly dashed when talks between Ducati satellite outfit GoEleven and Yamaha about a switch of machinery came to an end.

Instead, the 26-year-old will defend his British title this year as he targets a full step up to WSBK in 2023.

Mackenzie is already familiar with Assen, having raced there in Moto2 in 2017 and in BSB in 2018-19 for his McAMS team.

“I am very excited to make my debut in the World Superbike championship at Assen and it will be quite special to do it with my McAMS Yamaha team as I’ve been with them for the last five years and together we have come a long way,” commented MacKenzie.

“Obviously, there is a lot for me to learn with the engine and electronics, but I know the chassis well as my BSB bike is very similar. Assen is a circuit I love riding, the first time I rode a Superbike there in 2018 I finished on the podium.

“The level in world championship is really high and I’m looking forward to getting out on track and giving it our all. I have to say a huge thanks to Steve [Rodgers, team boss] and the McAMS Yamaha team, as well as Andrea and everyone at Yamaha Racing for making this possible.”

Share
Facebook
Twitter
Pinterest
WhatsApp
Previous articleRussia and the West are battling to get China and India to take their sides in the Ukraine war
Next article‘Mappy-Land,’ ‘Dig Dug II’ and ‘Earthworm Jim 2’ come to Nintendo Switch Online | Engadget
- Advertisement -

Bastianini “not inferior” to works Ducati riders despite old bike