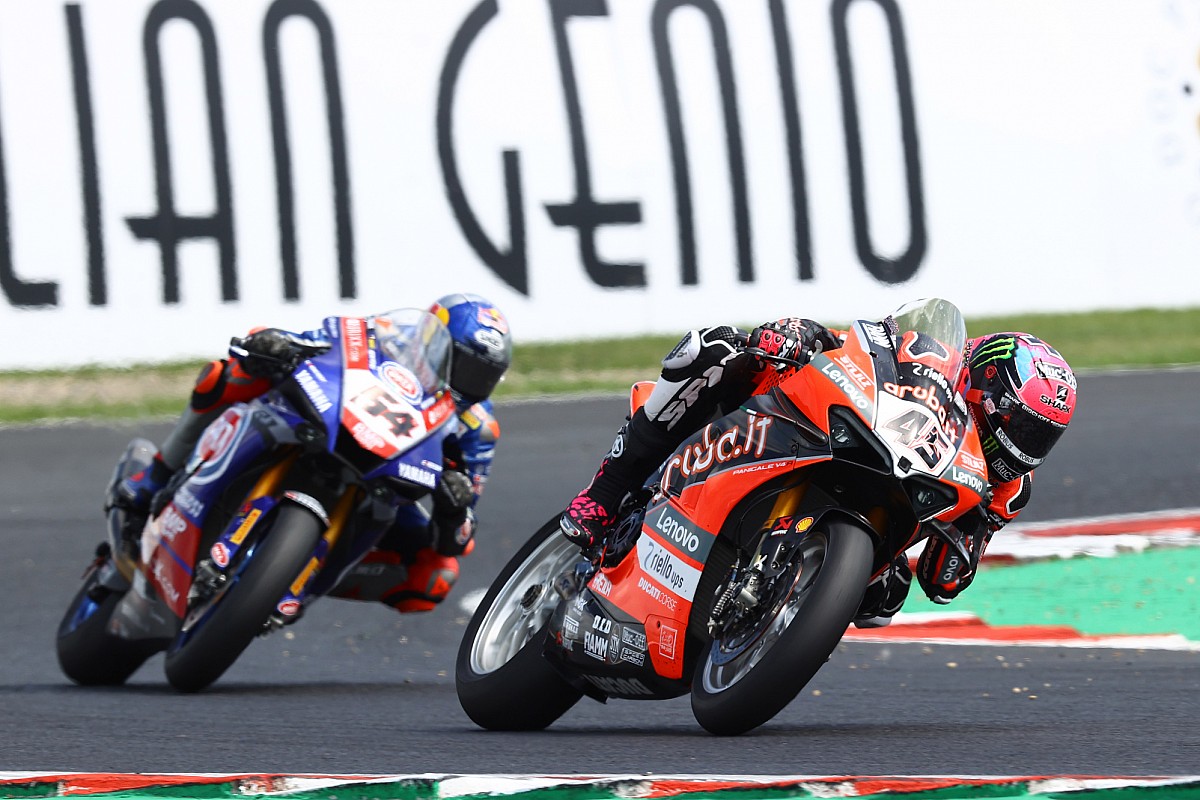 Fresh from winning the Superpole race earlier in the day, poleman Razgatlioglu once again made the best start and led the opening two laps ahead of Yamaha teammate Andrea Locatelli and Redding.

But Redding, who opted for the supersoft compound SCX Pirelli rear tyre, was soon on the move, picking off Locatelli at the sweeping Turn 20 right-hander on the third lap of 22.

The ex-MotoGP rider was then all over the back of Razgatlioglu and made the move at his customary passing place of Turn 1 at the start of the fifth lap to grab the lead.

From there, Redding was never seriously threatened again, as he opened up a one-second lead by the end of the 10th lap.

He finally crossed the line 3.5s ahead of Razgatlioglu to score his first WSBK win since May’s Estoril round and his third of the season.

Championship leader Jonathan Rea ran fourth for the first part of the race behind Locatelli and needed nine laps to clear the Italian rookie, by which time the leading pair were well ahead.

In the end the Kawasaki rider trailed home a massive 12s down on Redding, with his championship advantage over Razgatlioglu cut to just three points approaching the halfway point of the season.

Locatelli extended his streak of top-five finishes in fourth place, while Michael Ruben Rinaldi on the second factory Ducati passed Alex Lowes’ Kawasaki at the start of the final lap to grab fifth.

Michael van der Mark climbed 10 spots from his grid position to lead the BMW contingent in seventh, ahead of the GRT Yamaha of Garrett Gerloff and the second BMW of Tom Sykes.

Chaz Davies completed a weekend to forget aboard the Go Eleven Ducati in 12th place, although a first-corner crash for Axel Bassani at least meant the Welshman was the best of the satellite Panigale V4 R riders at the finish ahead of Barni Racing’s Tito Rabat.