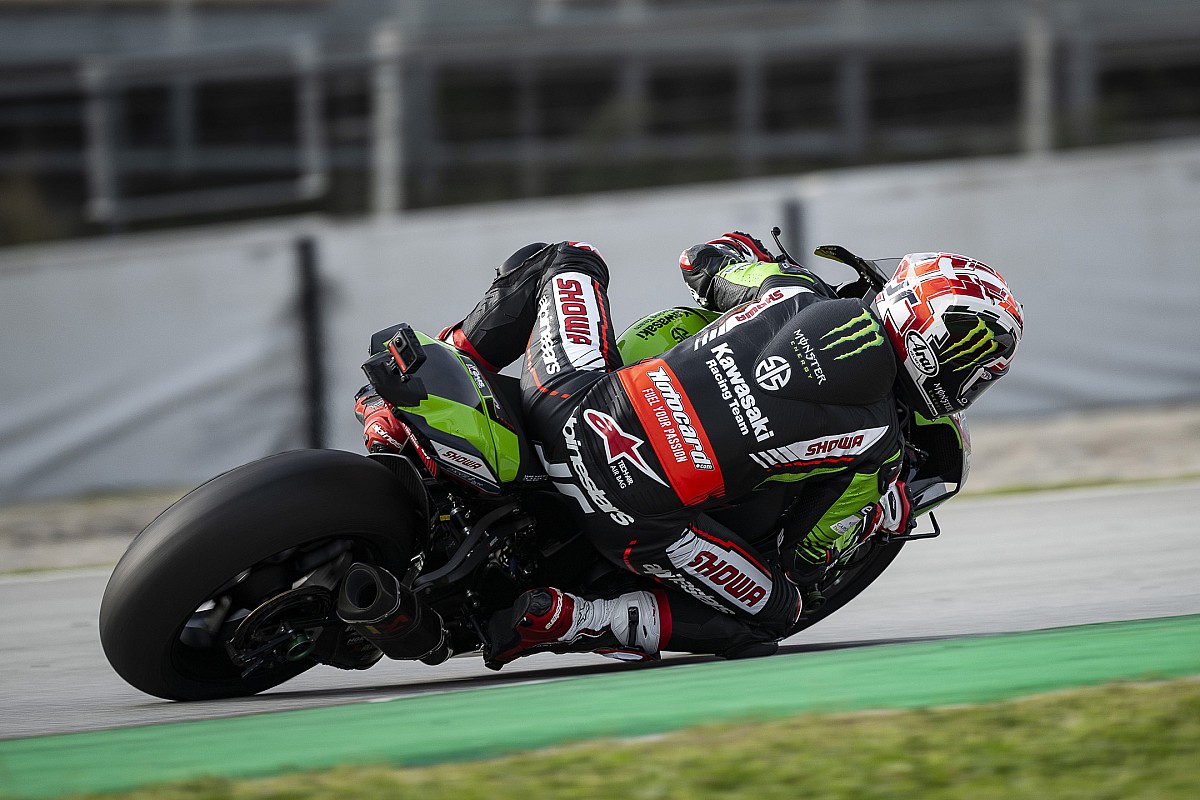 
Six-time series champion Rea goes into the 2022 season not defending a title for the first time since 2015 following his defeat to Yamaha rival Toprak Razgatlioglu in last year’s thrilling title battle.

Although Razgatlioglu led the way in a private test for which most of the WSBK field was present last week at Barcelona, Rea struck back with the quickest time on Monday’s opening day of official pre-season testing at Aragon.

The Ulsterman posted a best lap of 1m49.394s to edge Razgatlioglu by a scant 0.016 seconds at the head of the timesheets.

Speaking to reporters at the end of a day characterised by unseasonably cold conditions at Aragon, Rea detailed the improvements that Kawasaki has made to its challenger in response to last year’s defeat.

“We’ve been testing quite a few items over the off-season, chassis parts, software ideas, basically today we started with what we finished with last year from a chassis point of view,” said Rea.

“Then we had our ’22-spec bike and we confirmed the ’22 bike is definitely a step forward. It’s better on braking, it’s using the tyre better, it’s easier to ride. Positive steps.

“We also tried a wheelbase change, a geometry change, which wasn’t any better. But it shows the work we’ve done this off-season has been quite good.”

Rea described the addition of new front forks from supplier Showa as the largest change for this year’s ZX-10RR.

“Since I joined [Kawasaki] some of the biggest influences on the bike have come from Showa,” he added. “They’ve really developed year-on-year. That’s partly through their initiative but also through us pushing them.

“Huge kudos to them, because our chassis was the main area to work, and with different front forks it’s a step forward.”

Rea stressed that he and Kawasaki being dethroned last year after an extended period of domination has turned out to be a positive influence, even if he claims his personal motivation remains unchanged.

“I prepared in the same way [for this season], I didn’t do anything different to previous years,” said the 35-year-old. “I don’t feel any more or less motivated, I feel the same. Of course getting beat can be positive, because you have to react and do something different.

“It wasn’t by luck that we didn’t win, we got beat and we need to step up. It was a good reality check for everybody, that we need to improve.”