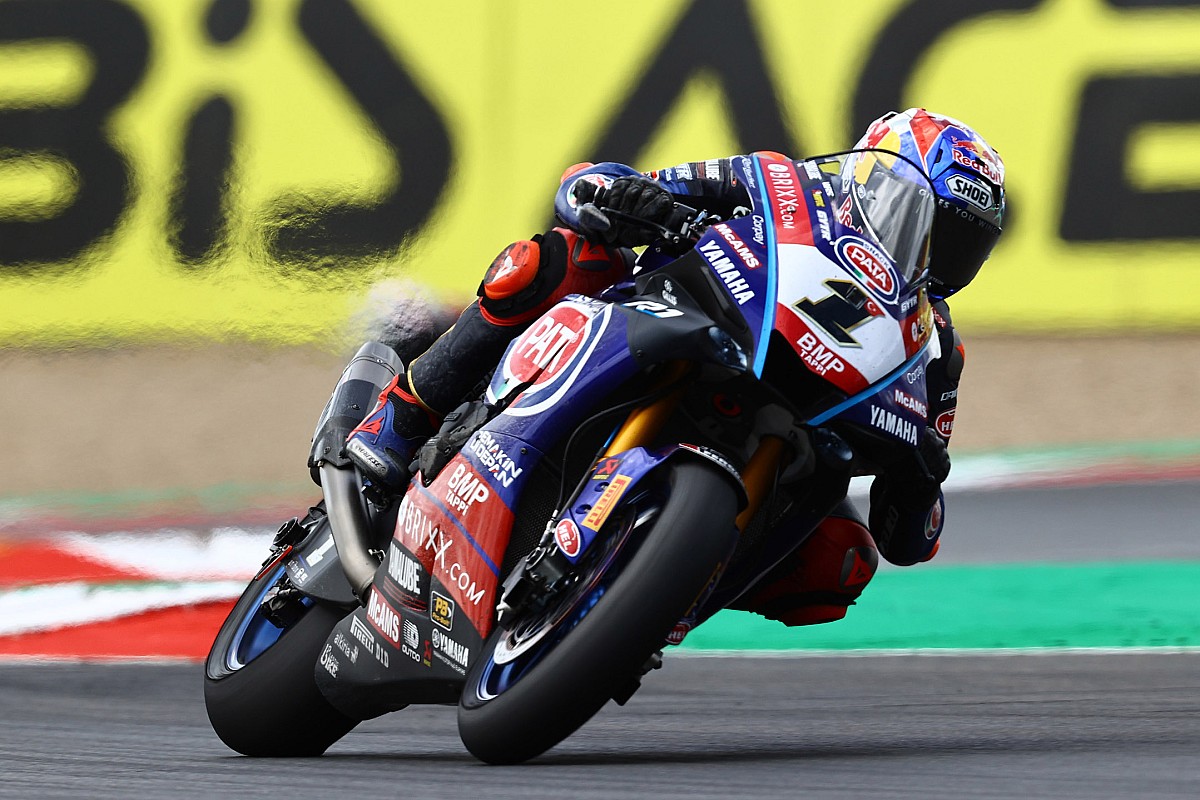 Razgatlioglu suffered massive wheel spin off the line from second on the grid and dropped down the order, while Bautista went in the other direction and quickly moved to second behind polesitter Rea.

As Bautista overtook Rea for the lead at the Adelaide Hairpin on the opening lap, Razgatlioglu began his recovery and quickly repassed the second Kawasaki of Alex Lowes, before forcing his way past the BMW of Scott Redding to assume third position.

The Turkish rider then tacked on to the back of Rea’s Kawasaki and after an intense but brief battle and finally made the move stick into the chicane at the end of lap 4.

It paved the foundation for a close duel between Razgatlioglu and Bautista for victory, which continued for much of the remainder of the race.

On lap 6, Razgatlioglu passed Bautista for the lead into the right-hander at Turn 14, but the Ducati rider continued to circle right behind him to mount an attack.

Two laps later Bautista got a great run exiting Turn 3 and was ahead of Razgatlioglu rival going into the Adelaide Hairpin, but the Yamaha rider took a tighter line to hold on to the top spot.

On lap 9 Bautista made another attempt at passing Razgatlioglu for the same corner but this time he clipped the back of the Yamaha, suffering damage to his own Ducati in the process.

The loose piece of bodywork distracted Bautista enough to allow Razgatlioglu to build up a small buffer up front, with the Yamaha rider never ceding that advantage to claim his seventh win of the season and recover some of the ground he lost with his retirement in Saturday’s opener.

After coming to blows with Razgatlioglu, Bautista immediately dropped behind the Kawasaki of Rea in the battle for second position.

But the Spaniard valiantly fought the Kawasaki rider on the final lap and was able to beat him to the finish by just 0.0149s after a battle that continued into the Turn 16/17 chicane.

Lowes was not able to contend with the leading trio in the race despite showing promising pace in practice, but did manage to pass the BMW of Redding to finish fourth.

Motocorsa’s Axel Bassani was the top independent rider in fifth, ahead of the factory Ducati of Michael Ruben Rinaldi, as Garrett Gerloff (GRT Yamaha), Loris Baz (Bonovo BMW) and Andrea Locatelli (Yamaha) rounded out the top 10.

Honda’s difficult weekend continued as Iker Lecuona could only finish 11th, with his teammate Xavi Vierge retiring from the race with a crash at Adelaide just after the halfway point of the race.