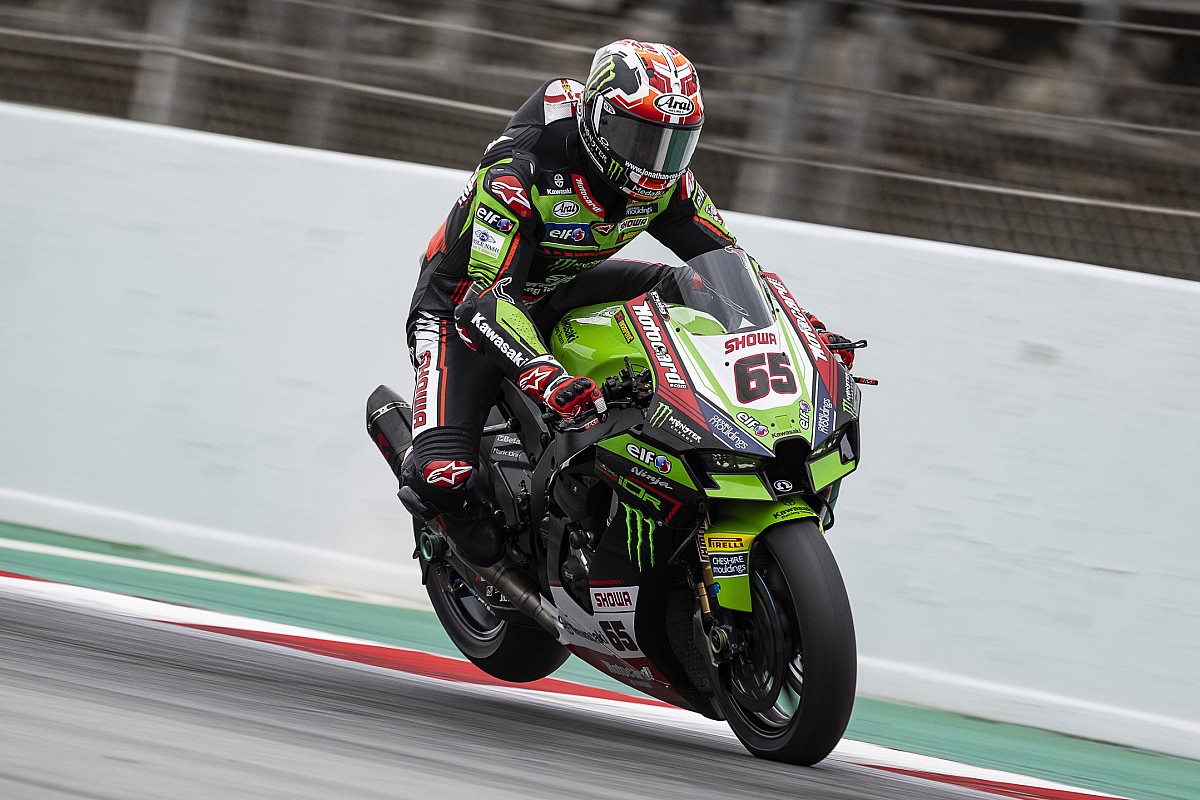 Rea set a time of 1m49.394s right at the end of day’s running on the improved Kawasaki ZX-10RR, dislodging long-time pacesetter Razgatlioglu from the top of the timesheets.

The reigning WSBK champion had been quickest in the first two sessions of the day and looked set to maintain a perfect run until he stopped on track in sector 4 with less than a handful of minutes left on the clock.

That left the door open for Rea to snatch the top spot from his 2021 title rival, the Ulsterman pipping his earlier benchmark from FP2 by just 0.016s on his final flying lap.

However, the Ulsterman’s time was over a second slower than the lap with which he took pole position at Aragon last year, as the poor conditions limited any meaningful running at the Spanish venue. The Kawasaki rider himself completed only four laps in the morning session as he waited for the temperature to rise to a suitable level.

Rea and Bautista were the only two riders to set a lap in the 1m49s bracket during the three-part test day, with Alvaro Bautista their closest rival in third with a time of 1m50.025s on the factory Ducati.

GRT Yamaha rider put in an impressive display to finish as the top independent rider in fourth, setting a time of 1m50.120s on the 2022-spec R1 and comfortably outpacing the second works Kawasaki of Alex Lowes.

Andrea Locatelli made it three Yamaha R1s in the top six, but ended up more than a second off the pace of both Rea and factory teammate Razgatlioglu.

The BMW contingent was led by Bonovo MGM rider Loris Baz, the Frenchman lapping the circuit in 1m50.446s in the final session to end up seventh on the overall leaderboard.

Kohta Nozane was not far behind aboard the second of the GRT Yamaha bikes, just ahead of the top Honda of MotoGP convert Iker Lecuona – who caused a prolonged yellow flag in session 3 when he stopped on track in sector 2.

The top 10 was rounded out by Eugene Laverty, who like his teammate Baz outperformed the factory BMWs of new recruit Scott Redding and rookie Ilia Mykhalchyk.

Redding was classified 13th with a time of 1m50.734s, while Mykhalchyk finished further down the order in 15th while deputising for the injured Michael van der Mark.

Michael Ruben Rinaldi’s time from the second session on the factory Ducati was good enough to place him 11th, just ahead of Philipp Oettl on the GoEleven Panigale V4 R and Redding’s BMW.

Factory Honda rider Xavi Vierge finished a distant 16th, more than two seconds off the pace of the lead runners.

The Dorna-supported Aragon test continues on Tuesday ahead of the opening round of the season at the same track later this weekend.