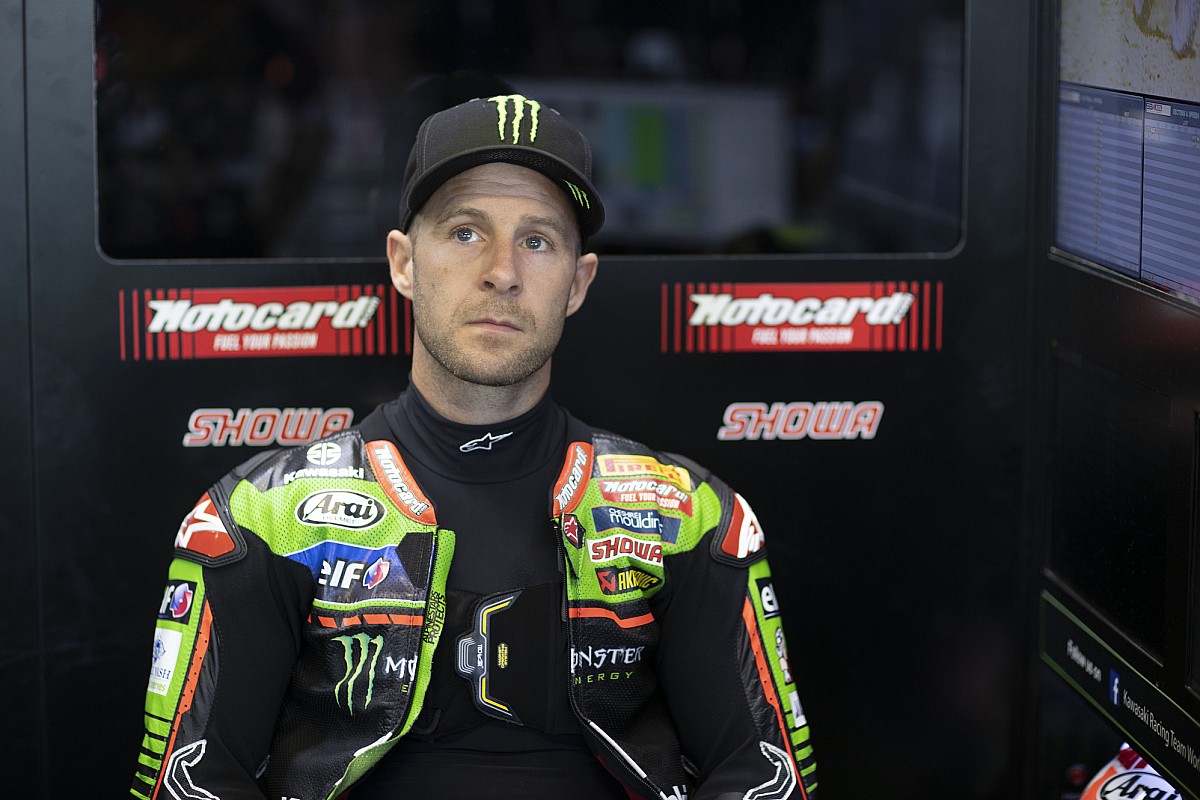 Kawasaki star Rea endured a low-key weekend in the fourth round of the 2022 WSBK season, which culminated in him finishing off the podium for the first time this year after being demoted by the Ducati of Michael Ruben Rinaldi to fourth.

With Bautista winning both full distance races on Ducati’s home turf, Rea now finds himself 36 points off the championship lead at the one-third point of the season, while also facing a threat from a resurgent Razgatlioglu, who won the 10-lap Superpole contest.

Speaking after the weekend, Rea felt that Bautista was on a “different level” to the rest of the weekend, while also conceding that he had no answer to Razgatlioglu’s pace on the Yamaha in the sprint race.

“At the beginning it was okay [in the Superpole race] but as soon as the pace stepped up I couldn’t really go with Toprak,” he explained. “He was on it. Really good rhythm.

“I felt like I was riding and getting the maximum from the bike but it wasn’t enough so I was getting frustrated because they were just going away.

“In the long race I just settled into a rhythm that I thought was okay, I was really struggling with my entering the corner, lot of sliding and that was causing the front to chatter.

“But no regrets, it was what it was. 2-3-4 for the weekend, got here in one piece with some points. But I think we maximised what we could do. When I raced with Alvaro I didn’t feel like I had anything for him to be honest. He is on a different level here.

“But we can’t forget we can go from an incredible weekend where my bike and package was the best to being shit here – it’s not that case. It’s like this is how it is.

“We struggled this weekend a little bit but I fully expected. In Donington we can make a step again and be back in the front.”

Pirelli brought two additional developmental rear tyres for the WSBK field this weekend on top of the usual SCX, SC0 and SCQ compounds, giving riders plenty of options to choose in the high temperatures at Misano.

But Rea questioned Pirelli’s decision to effectively turn a race weekend into an extended test session and felt it was tricky for him and Kawasaki to decide which tyre was best suited to the ZX-10RR bike.

“The Pirelli ‘curveballed’ this weekend with the amount of tyres we tested,” he said. “I think it caught us out a little bit. There were so many variations on the grid between races.

“I think we just needed time to understand the tyre options that Pirelli brought.

“We come in blind with three options for race tyre. It’s tough to understand. When all the tyres have a good performance, what is the best one for each bike.

“Hopefully in the future we will not have many options. I thought the championship sort of agreed for eco reasons we were going to cut down on tyre options and try to make it more green. But we have five options for rear slicks here, it’s strange.”