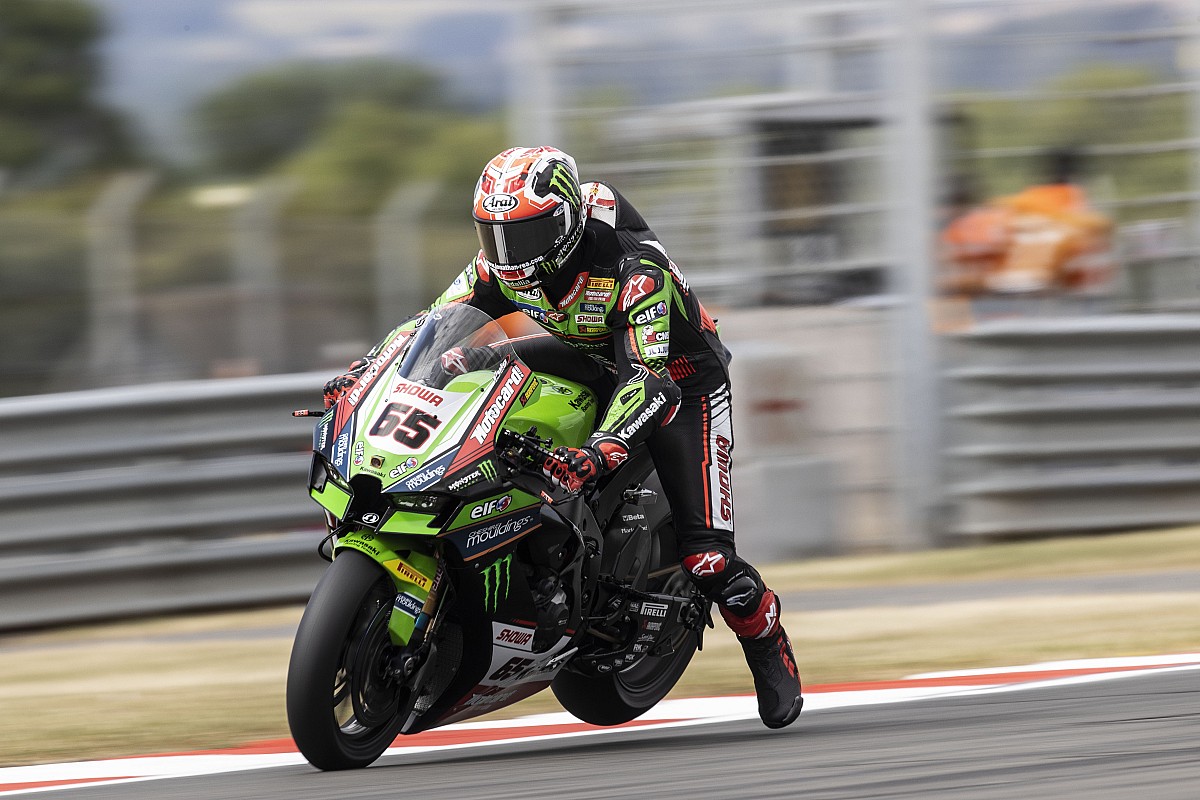 The six-time WSBK champion took a little over five minutes in second practice to lower Toprak Razgatliogu’s benchmark of 1m27.805s from FP1, putting himself well clear of the opposition with a 1m27.359s.

The 35-year-old managed to shave another four thousandths on his next flying lap, which should have been enough to end the day’s running comfortably on top.

But Rea found even more time on his final run, posting a time of 1m27.016s to put daylight between himself and his rivals, as the chequered flew after 45 minutes of running in the afternoon.

Last year’s title winner Razgatlioglu ended up as Rea’s closest challenger on the works Yamaha with a time of 1m27.568s, while Scott Redding made most of an upgraded BMW package that included a new swingarm to finish just 0.031s adrift of the Turkish rider in third.

Kawasaki’s apparent pace advantage in Friday practice was validated by Alex Lowes, who jumped from seventh to fourth on the timesheets with a late effort of 1m27.678s.

That pushed championship leader Alvaro Bautista down to fifth place on the lead Ducati, more than seven tenths behind his chief title rival Rea but only 0.046s down on Lowes.

Bautista’s teammate Michael Ruben Rinaldi was classified another 0.005s behind in sixth, while Loris Baz – who is carrying the same updates as Redding on the satellite Bonovo MGM BMW bike – was a strong seventh.

Andrea Locatelli finished eighth on the second of the works Yamaha bikes, a tenth clear of the next best R1 of Garrett Gerloff (GRT team).

The top 10 was rounded off by Leon Haslam, who is making the first of his five planned wildcard appearances with Pedercini after replacing Loris Cresson in the team’s full-season entry at Assen.

Returning from a fracture on his right hand, Lucas Mahias finished the day a solid 11th onboard the Puccetti Kawasaki bike with a best time of 1m28.482s.

Reigning British Superbike champion Tarran Mackenzie delivered an improvement of more than a second between the two practice sessions on Friday in his maiden WSBK outing, eventually finishing 15th in the order on his McAMS Yamaha.

He narrowly beat Isle of Man TT winner Peter Hickman (FHO BMW), who is making his first wildcard outing in the series this year since the same Donington Park round in 2019.