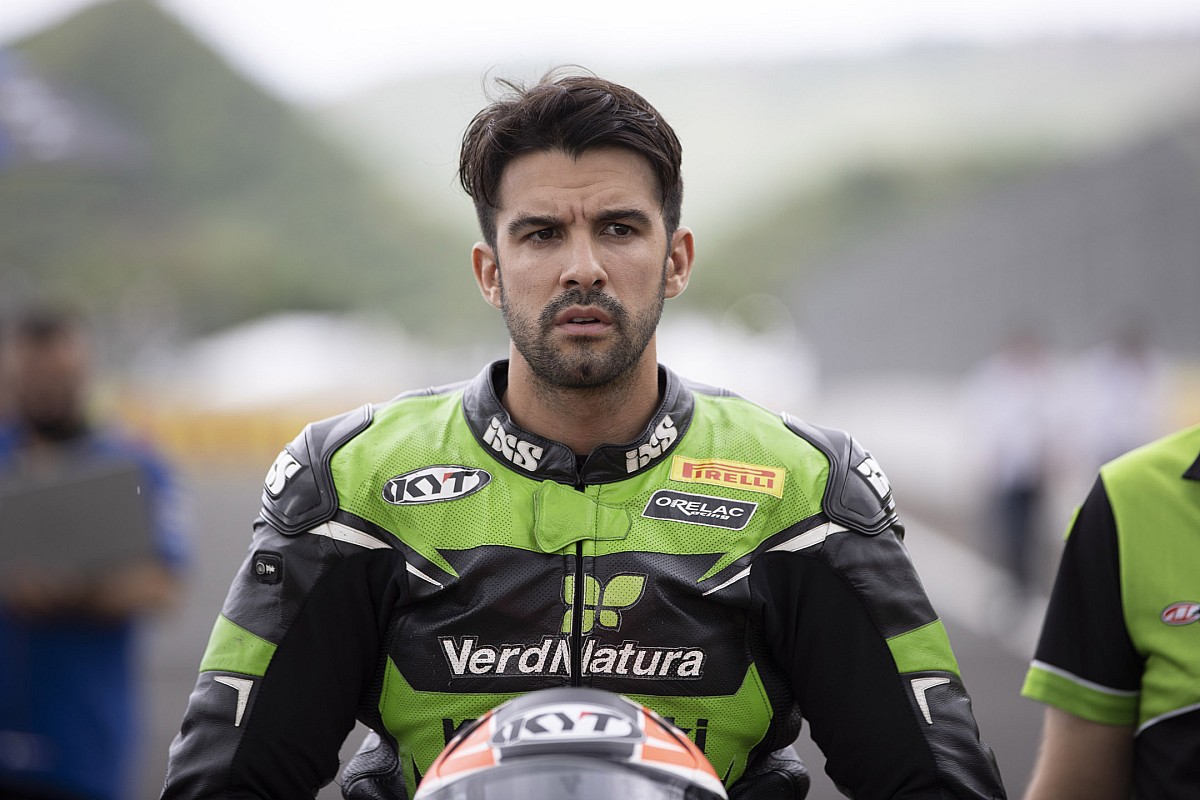 
Vinales, cousin of MotoGP star Maverick, lost his Motoxracing Yamaha rider just a week before the start of the 2022 season in March, with Italian rider Roberto Tamburini announced as his replacement.

However, the Spaniard has now secured a return to the WSBK grid on a one-off basis, with Kawasaki satellite team Pedercini recruiting his services for the first Portugal-based event on the calendar.

Pedercini admitted that Vinales will be thrown in the “deep end” at Estoril without any prior testing, but the outfit remains confident that he will be able to put on a good show, buoyed by his top 15 finish aboard an Orelac Kawasaki at the same venue last year.

Pedercini started the 2022 season with Loris Cresson after downscaling to a single Kawasaki ZX-10RR bike, but parted ways with the Belgian rider after the opening round at Aragon.

Cresson’s place at Pedercini was taken over by former Kawasaki and Honda works rider Leon Haslam at Assen last month, but his programme in the British Superbike Championship meant that he was never going to land a full-time seat with the team.

Haslam, however, is expected to make four wildcard appearances with Pedercini this year, starting with Misano in June, as part of a separate deal with the team announced before the start of the season.

It remains unclear who will ride Pedercini’s main bike for the remainder of the season after Estoril.