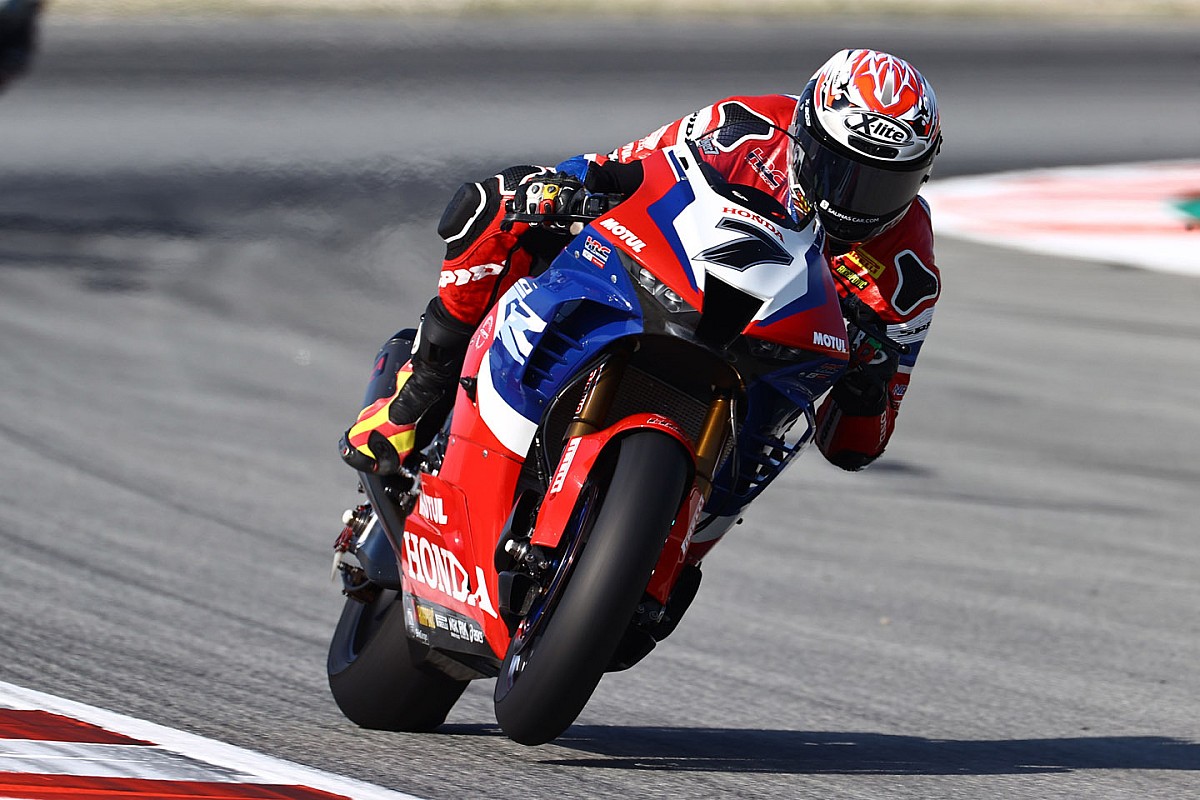 Less than a fortnight after Honda’s least competitive showing of the year at Magny-Cours, Lecuona showed signs of a return to form for the Japanese manufacturer by topping the times across the opening two practice sessions of the weekend.

Most of the day’s fastest times were set in the morning session, with Lecuona himself setting his chart-setting top time towards the end of FP1. The Spaniard rider lapped his home track in 1m41.396s, ending the day more than half a second clear of Rinaldi’s Ducati and the Yamaha of reigning champion Toprak Razgatlioglu.

Points leader Alvaro Bautista was quickest in the afternoon session, but his time was only good enough for fourth in the overall timesheets – six tenths down on Lecuona’s FP1 benchmark.

Kawasaki star Jonathan Rea made a minor improvement between the two sessions to take fifth, with Andrea Locatelli finishing right behind him on the second of the two works Yamahas.

Xavi Vierge rounded off a strong showing for Honda in seventh, beating the factory Kawasaki of Alex Lowes by a tenth of a second.

Axel Bassani was once again the top independent rider in the field on the Motocorsa Ducati in ninth, half a second down on the factory bike of Rinaldi. In the week up to Barcelona, it was announced that Rinaldi will remain with the works Ducati team next year, despite both Bassani and Danilo Petrucci being linked to his seat.

The top 10 was completed by BMW’s Scott Redding, who narrowly beat the GRT Yamaha of Garrett Gerloff and the Bonovo BMW of Eugene Laverty.

Gerloff will move to the Bonovo satellite team next year to replace Laverty, who will retire from racing to take a management role with the squad.

Redding’s teammate Michael van der Mark suffered a technical problem on his BMW that restricted him to just two laps in FP1. He returned later in the afternoon, ending up 19th quickest with a time of 1m44.925s.

Former MotoGP rider Hafizh Syahrin took no part in Friday practice due to a respiratory tract infection and his medical condition will be reviewed on Saturday morning.