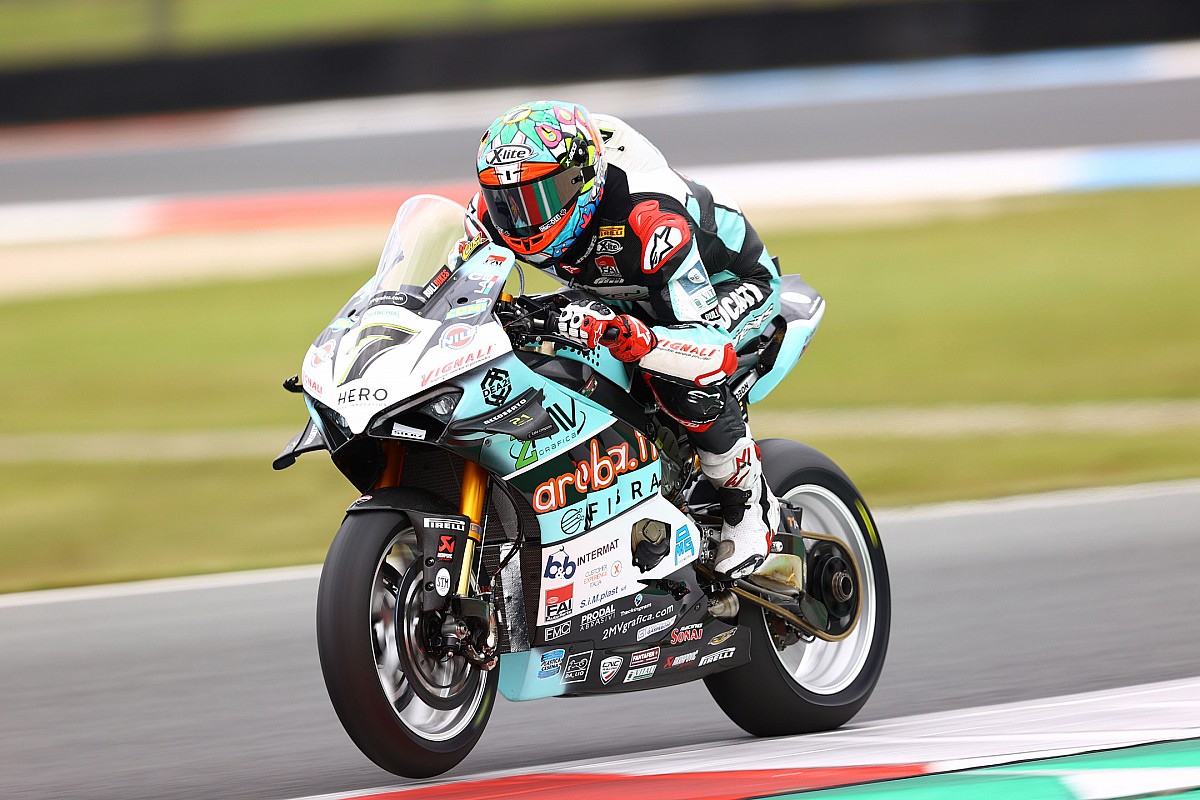 The GoEleven Ducati rider enjoyed his best finish since the second round of the season at Estoril on Sunday as he finished fourth, two places behind the works Panigale V4 R of Scott Redding.

Davies’ strong early-season momentum was blunted by two crashes at Misano that left him with a right shoulder injury that prevented him from finishing the final race of the weekend at the Italian track.

That was followed by another difficult round at Donington Park that yielded a best finish of seventh, but the Welshman enjoyed a strong end to the weekend at Assen after finishing a disappointing ninth in the first race.

“On Saturday we had an issue in qualifying and then got caught up in the chaos far down the order so didn’t really show anything, and I was just struggling physically around here,” said Davies. “I’m doing a lot to try and make up for some of the limitations we’ve got.

“I’ve shown flashes of pace but it’s just been really difficult to do that for 21 laps, both physically and with the bike.

“[On Sunday] we made a good step, the bike was turning a lot more naturally, I could force it less and I could ride it a bit easier. It was a big turnaround, a big step forward. It was nice to be there in the mix.

“I was chasing down Scott for a moment, but the front tyre dropped a lot and that kept me out of the podium fight. For the last seven laps I had no front tyre left to fight with.”

While buoyed by his Assen result, Davies admits that his injured shoulder is still giving him some problems and that the inconsistent form of the V4 Panigale in general is not aiding his cause.

“I don’t feel like I’m 100 percent and this is a tough circuit,” he said. “I’ve just been trying to make the bike help me a little bit.

“The shoulder is getting better, but it’s a slow process. Honestly, I thought it would be a little better [by now] than it is. I can manage it, but everything has got to be right. When I’m forcing the bike, it compounds the problem.

“If the bike isn’t working well, you have to over-ride to make up for that and you just put yourself in a hole. [On Sunday] I didn’t have to do that, the bike worked a bit more naturally.”