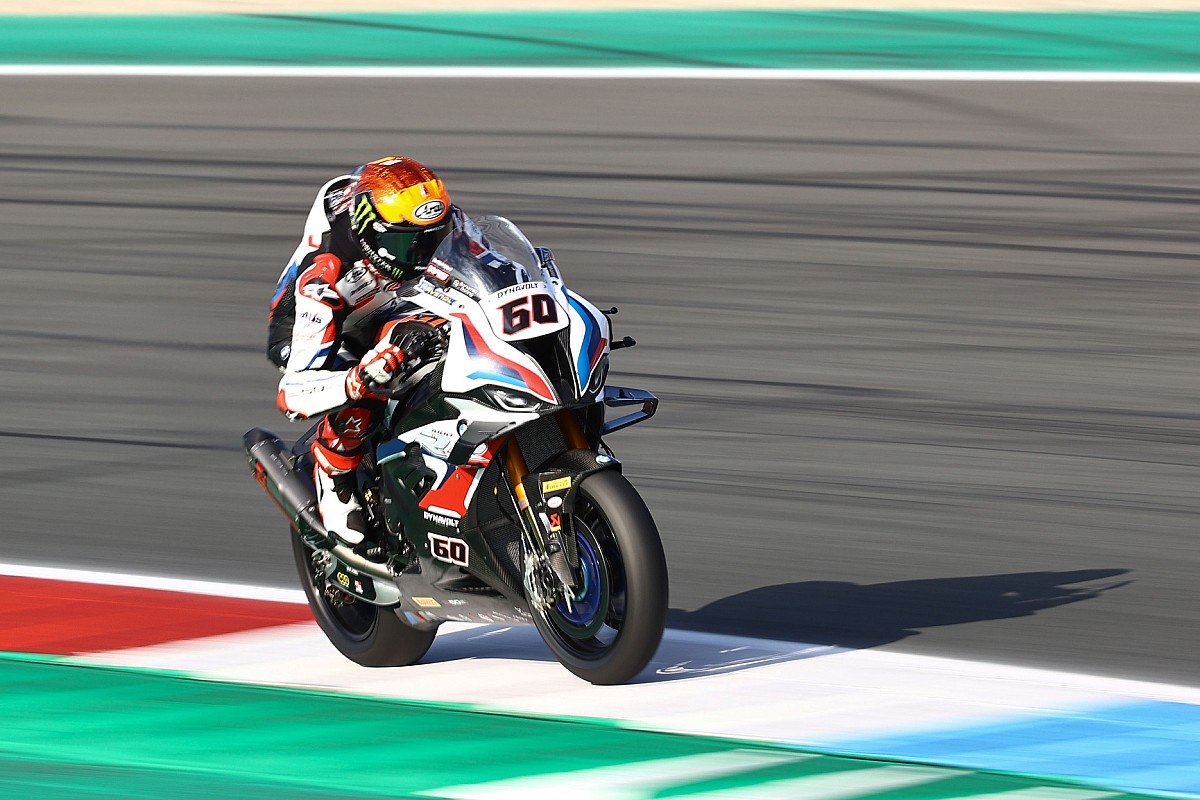 
Dutch rider van der Mark fractured his leg in March while training on a mountain bike, severely impacting his preparations for the new season and forcing him to miss the opening round at Aragon.

After making a successful return at Assen a month later, van der Mark suffered a major crash during practice for the following Estoril event in May that left him with a fractured right femur.

The 29-year-old has been absent since picking up his second injury of 2022 and it remains unclear how long it will take for him to fully recover, with IDM champion Ilya Mikhalchik again being brought in as his replacement for this weekend’s Donington Park round.

Given van der Mark knows the M1000RR bike well from his race-winning campaign in 2021, BMW Motorrad Motorsport Director Marc Bongers has admitted that his absence is being felt as the German manufacturer strives to become a leading force in WSBK.

“[Van der Mark’s injury is] not good news – he was clearly our reference from last year,” said Bongers.

“Mickey took some time to get used to the bike [last year] but towards the end of the season with a win in the wet, but some finishes close to the podium and fairly constant fifth places. We had our pace and our reference.

“With Scott [Redding], we have to revisit a lot of these points and when you don’t have your reference there, it’s hard to judge where you’re at. We hope to see him back soon.”

Van der Mark’s injuries have effectively left BMW with an all-new rider line-up in the opening part of the 2022 campaign, with Scott Redding having joined from Ducati to to take the second seat at the factory team that was previously occupied by Tom Sykes.

This has meant BMW has plunged to the bottom of the manufacturers standings after a single top-five finish in the opening four rounds, not helped by Honda making a major step with its CBR-1000RR-R despite undertaking a rider reshuffle of its own.

Bongers was impressed by how Redding has managed to overcome early issues in adapting to the M1000RR, but remains disappointed with how the team has performed as a whole so far in 2022.

“Clearly, we are not where we’d like to be,” he said. “We had a difficult start to the season, for sure with Mickey injuring himself twice; once when he just came back in Estoril, feeling fit and ready but only for two laps.

“Scott has taken his time, more or less like Michael did last year, taken his time to get familiar with the bike, feel right on the bike but I must say since Estoril he got this feeling and definitely, we’ve made a step. We were more stable. He was able to get a rhythm. That is positive.”

To assess his recovery, van der Mark recently took part in a private test aboard a BMW street bike at Assen, completing five stints of 20 minutes each.

Following the run, he said: “I took a couple of laps with my BMW M1000RR training bike during a track day around the TT Circuit Assen.

“It was pretty much fun and showed me how far I am with my current recovery process. These activities are really helpful and bring me closer to my goal of being back in WorldSBK as soon as possible – even if it’s too early to predict now when. But I’m on it!”