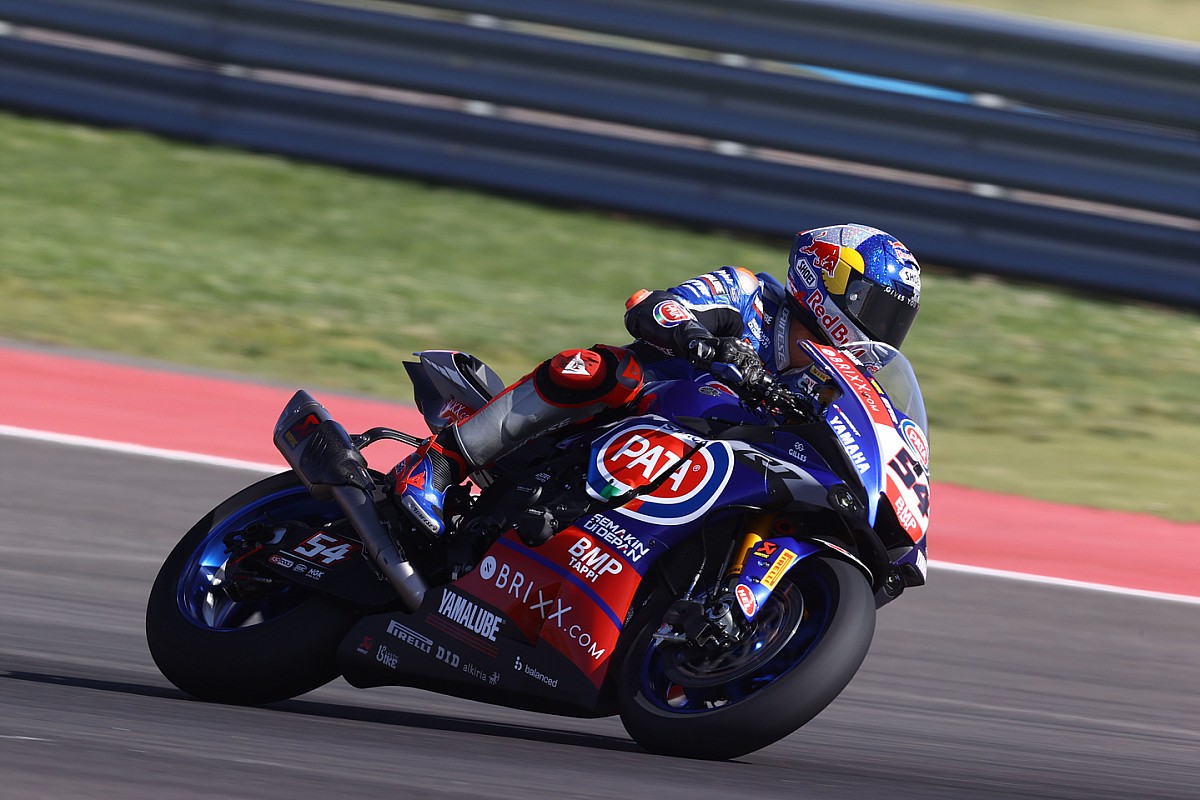 Championship leader Razgatlioglu had been in top form for much of the San Juan weekend, scoring a dominant win in the opening encounter on Saturday before beating Scott Redding in a close duel in the Superpole race.

This put him in prime position to complete a clean sweep of victories for the first time in his short WSBK career, having been denied the opportunity to do so at Magny-Cours following a penalty triggered by a protest from Kawasaki.

However, Razgatlioglu’s advantage over the rest of the field was wiped out in the second full-distance race, with both Redding and title Jonathan Rea able to battle with him for the lead.

Starting from pole position, the Turkish rider could never pull away from his two closest rivals as they swapped positions every lap, and he ultimately finished several seconds behind race winner Redding and Rea in third, taking a six-point hit to his championship lead.

Explaining his lack of pace compared to the previous races, Razgatlioglu said the Yamaha was not as competitive in hotter conditions in the afternoon, while also reporting severe chattering on his bike.

“I tried my best again because there was a big drop on my front tyre early on in the race,” he said. “In the last three laps I tried [to fight] again for P2, but Johnny was stronger in this race.

“After that the front was sliding too much in the corner and I said, ‘okay, third position is enough for this race’.

“Also I heard some chattering on my bike in the race, but I’m happy that I did not crash.

“Chattering was a big problem. I tried to enter [the corner] with a little bit of sliding, but there was big chattering. So it was better to release the brake [and run wide] because this is very dangerous because you are trying to brake with the front sliding.

“I was fighting with the bike, not just with Scott and Johnny. Also the braking of the bike, it was not easy to stop. Maybe the bike changed because of the wind or the hot conditions.

“I came very close to scoring three wins but not enough in the race. I will try again in Indonesia.”

Despite finishing behind Rea on Sunday, Razgatlioglu actually managed to extend his lead to 30 points over the course of the weekend thanks to victories in the opening two races.

But despite holding the upper hand over Rea in the title fight, the Yamaha rider says he will opt for an all-guns-blazing approach in the title decider in Indonesia as he seeks to extend his wins tally beyond 13 victories.

“I’m now excited because it’s a new track for everybody and also I will try again to win, I’m fighting for the win,” the 25-year-old said. “This is my style.

Petrucci: I’ll be among the “last normal people” to win in MotoGP