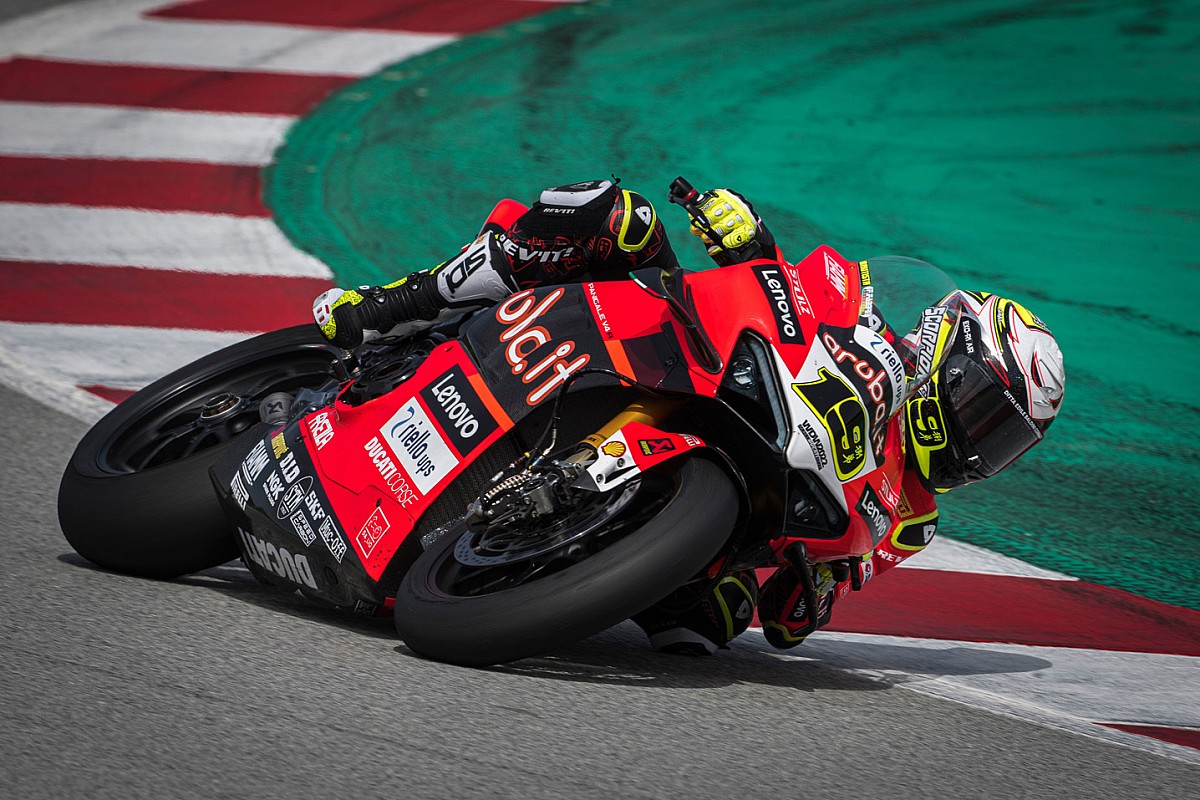 
After two largely frustrating seasons at Honda that yielded just three podiums and no victories, Bautista has returned to the factory Ducati squad with which he made his explosive WSBK debut back in 2019 this year, replacing Scott Redding.

The Spanish rider put in a strong performance in this week’s official test at Aragon, finishing third behind pacesetter Rea and 2021 champion Razgatlioglu after two days of running.

Although Rea finished three tenths clear of the rest of the field with a rapid lap at the end of Tuesday’s action on his Kawasaki, Bautista’s best time put him just 0.026s adrift of second-placed Razgatlioglu in the final order.

Low temperatures in testing meant that the Aragon test wasn’t the best indicator of the pecking order, especially with conditions expected to improve as the week progresses, but Bautista remains optimistic about his chances in an increasingly-competitive WSBK grid.

“Both [Rea and Razgatlioglu] are very strong,” said the 37-year-old. “Right now they are the strongest riders in the category and I think they will be in the battle to win the race.

“Maybe we are not as fast as them [over a single lap], but maybe with our [race] pace we are very close. But you have to be careful with these tests and the race weekend, because the temperature will be different, and with this tyre we feel a big difference in the temperature.

“I hope to be at the front fighting with the guys. It’s different from three years ago because it was just Jonathan and me.

Much of Yamaha’s focus in pre-season testing has been on a new electronics package, with the Japanese marque keen to bring new improvements to the R1 to stave off rival marques Kawasaki and Ducati.

Razgatlioglu feels he is well-prepared for his WSBK title defence this year, although he expects both Rea and Bautista to pose a major challenge to his championship hopes.

“Not a bad two days,” said Razgatlioglu after the test. “We tried some different set-ups, sometimes we were happy, sometimes not, and we went back to Monday’s bike.

“I feel we are able to race this weekend and I’m very excited now, because Friday we start [the season] finally, I use the number one, for me it’s the first time.

“The race is very important. We need to keep the rear tyre, tyre life very important at this track. We will see in the race. On Monday I tried 15 laps [consecutively] and I’m very happy about this. But also the temperatures are not high. This weekend will be hotter.