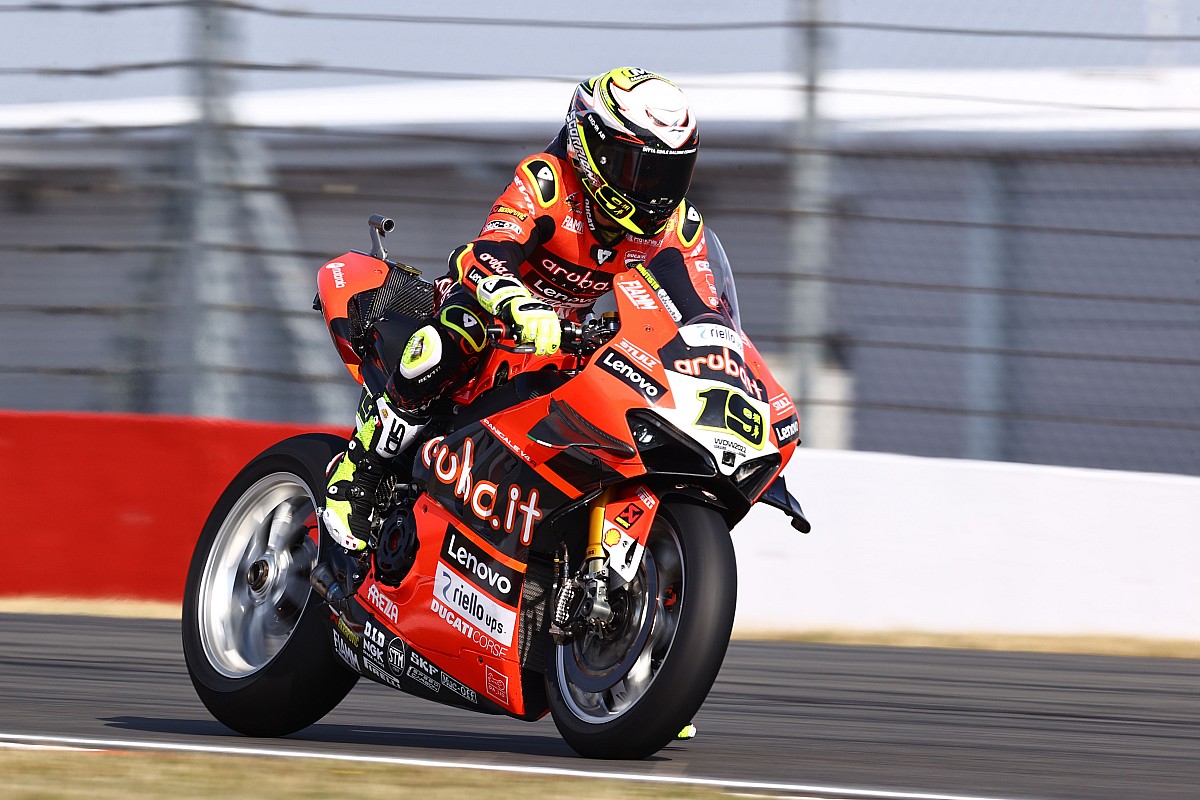 
The British round of the 2022 WSBK season was always going to be a tough one for Ducati, which hasn’t won at Donington since Carlos Checa’s triumph during his title-winning 2011 campaign. It couldn’t even finish on the podium at the Leicestershire venue last season, with Scott Redding managing a best result of fourth across the three races.

Although Ducati appeared to be much more competitive than expected at Donington, Bautista made a costly error going into the Goddards corner in Race 1 while running in second, recording his first retirement of the season and giving away a chunk of points to Rea and Toprak Razgatlioglu.

However, he was able to make some amends for that in the final race of the weekend, passing Rea’s Kawasaki with six laps to go to finish second and regain some of the points lost to the Ulsterman, even as Razgatligolu managed to close in on the duo with a third consecutive victory.

Speaking after the fifth round of the season, Bautista revealed that he was in pain following his crash on Saturday, making his performance in Race 2 all the more impressive.

“Before we came here we knew this track is difficult for me and Ducati and we didn’t expect the performance we saw here,” admitted the Spaniard. “It was a big surprise for me, also for people in the paddock.

“Saturday was a pity because I did a mistake. I struggled with my right hand because after the crash I felt some pain, especially in the morning the sensitivity of the hand was less.

“In Race 2 even if the sensitivity was not good, at the end [of the race] I felt some pain, so I tried to manage and finish the race.

“[Battling with Rea] I did a good exit from the chicane, I gained some speed, and in the hairpin I braked deep. It was not easy to stop the bike, the headwind helped me a little bit. It was an important overtake because I increased my lead in the championship.

“I’m happy because on a difficult weekend we could save things a little bit.“

Despite beating Rea to victory in the final race at Donington, Bautista has seen his championship advantage slashed from 36 points to just 17 over the course of the race weekend – the same margin he had over the Kawasaki rider before his double win at the previous round in Misano.

Bautista conceded that the title battle would ebb and flow as the season goes on and was wary about his prospects for Most, a track that was added to the calendar for the first time last year when he was riding for Honda.

“It’s nice to have a championship like this,” he said. “We are fighting in every race, it’s just the details that make the difference,” I remember after Assen I had a big advantage, then Estoril I gained a bit but at the end of the weekend we were at the same place.

“After Misano I gained a lot but after this weekend we are back in the same place, which is not so nice. I just try to keep my performance, try to keep enjoying the bike. Let’s see at Most, because I have never ridden the Ducati there.”

Yamaha “will never give up” on Morbidelli amid 2022 MotoGP woes