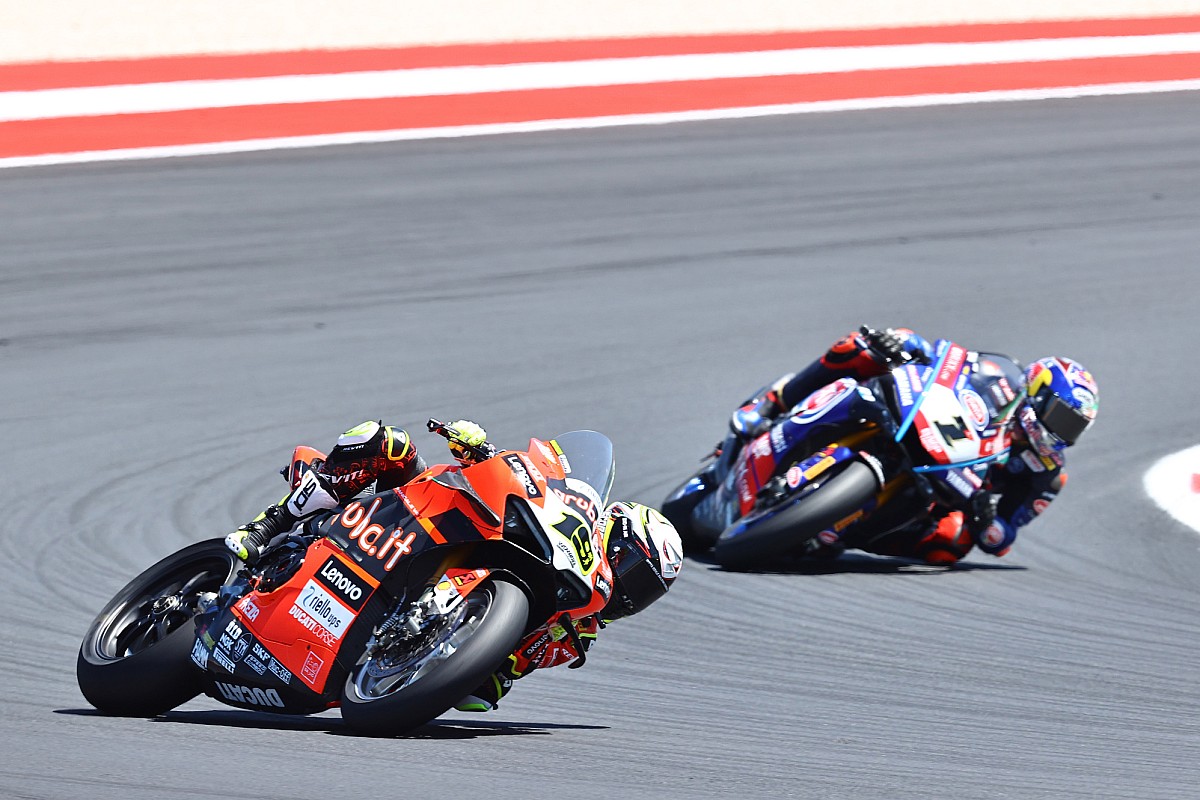 Verstappen sure he would have caught Leclerc in Baku F1 race

Bautista started second behind polesitter Razgatlioglu and passed the reigning champion at Turn 11 on the opening lap, only for the Yamaha rider to snatch back the lead a few corners later with a block pass.

This became a trend in the early part of the race with Bautista making multiple successful moves at Turn 3, only for a feisty Razgatlioglu to tuck underneath him at the following right-hander.

It took him until lap 7 of 21 to make the decisive move for victory, with the Spanish rider this time covering off the inside line into Turn 4 to prevent the 25-year-old from making a late lunge.

Razgatlioglu desperately tried to cling on to Bautista’s Ducati for the next part of the race, even receiving an official warning from the stewards for exceeding track limits.

Ultimately, Razgatlioglu had no answer to Bautista’s pace as he cruised to a dominant 7.1s win, bolstering his chances of scoring a maiden title in WSBK.

Third place in the race went to Bautista’s teammate Michael Ruben Rinaldi, who charged from the lower reaches of the top 10 after a difficult Superpole race to round off his home round with a podium – his second of the year.

Rinaldi’s impressive performance pushed Kawasaki star Jonathan Rea down to fourth, the six-time WSBK champion not finishing on the podium for the first time this season, not counting the second Assen race where he was involved in a clash with Razgatlioglu’s Yamaha and retired.

Iker Lecuona finished a strong fifth in the sole remaining Honda after teammate Xavi Vierge suffered a huge crash at Turn 11 on lap 12.

Sixth place went to Andrea Locatelli on the factory Yamaha, while Motocorsa Ducati’s Axel Bassani was once again the top independent rider on a day GRT Yamaha’s Garrett Gerloff retired with a crash at Turn 1.

Share
Facebook
Twitter
Pinterest
WhatsApp
Previous articleVerstappen sure he would have caught Leclerc in Baku F1 race
Next articleThe 2 best pieces of advice to have a happier, more successful career, according to these co-CEOs
- Advertisement -

Verstappen sure he would have caught Leclerc in Baku F1 race