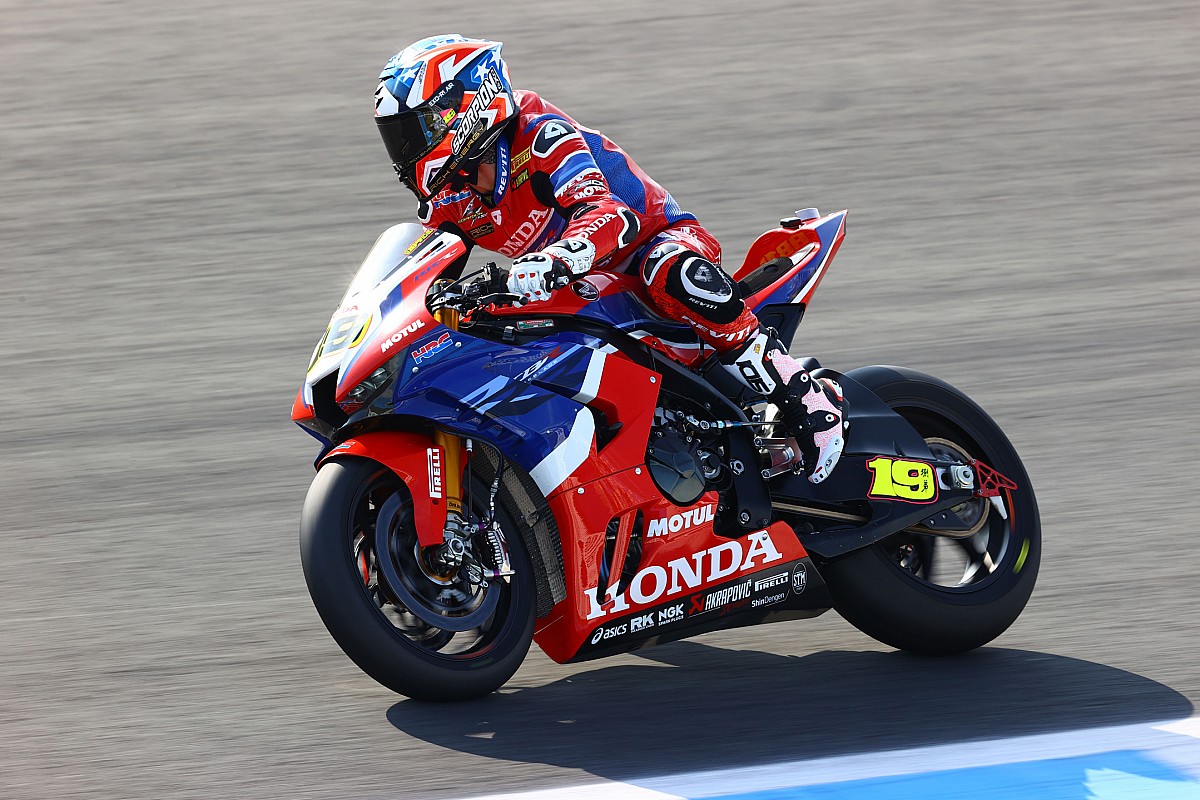 Bautista and teammate Leon Haslam endured another fraught weekend at Assen, with the Spanish rider managing a best result of fifth in the second full-distance race after a crash and a no-score in the opening two encounters.

This has left Honda firmly at the bottom of the manufacturers’ championship, with BMW pulling away in fourth place despite a difficult weekend of its own in the Netherlands.

Honda was expected to make major headway in the pecking order when it introduced the new CBR1000RR-R and took full control of its works team last year, but its results have largely fallen short of expectations.

Although Bautista did finish third in Aragon last year with Honda’s latest WSBK challenger, he feels it will be hard to replicate that hard result in 2021, stressing that the competition has increased since the winter.

Asked if a top-three result would be possible this year if the stars aligned in the Japanese marque’s favour, Bautista said: “No, I think I will have to put many conditions together and I don’t think we can find this condition because many riders are fighting for the podium.

“Right now with the rules we have in the championship, it’s difficult to make a big step forward to fight for the podium, because all we can do is just make small things, just putting everything in the right place.

“[At] many times we want to try something that helps us to make a big step forward but maybe we [end up] making two steps back.

“So it’s very complicated, but we have two more races and we will work, we will never stop working, and I will give all my best to get the maximum.”

Former MotoGP rider Bautista took the WSBK grid by storm in his debut season with Ducati in 2019, winning the first 11 races on trot to emerge as the first rider to threaten to end Jonathan Rea’s dominance in the series.

However, after a spate of crashes that dropped him out of title contention, he turned down a contract extension with the factory Ducati team, instead signing a deal to join rival marque Honda.

Bautista’s two-year contract with Honda expires after this season and the Spanish rider was coy when asked about his future with the team in WSBK amid speculation he could return to Ducati.

“My manager is speaking with HRC and we are negotiating,” he said. “Right now I am doing a lot of work with Honda and we are improving every time. Right now I am just thinking about being as competitive as I can. Then for the future… I don’t think too much.”

Asked about the rumours linking him to a Ducati comeback in 2022, he said: “Yeah, I heard! But I am not the first rider to have these comments [made about them]. It’s normal at this stage of the season when some riders finish their contracts… it’s nice to have this play.”

Pressed further if he’d like to be back on his race-winning Ducati Panigale V4 R, he added: ”I’m trying to have a winning bike.”