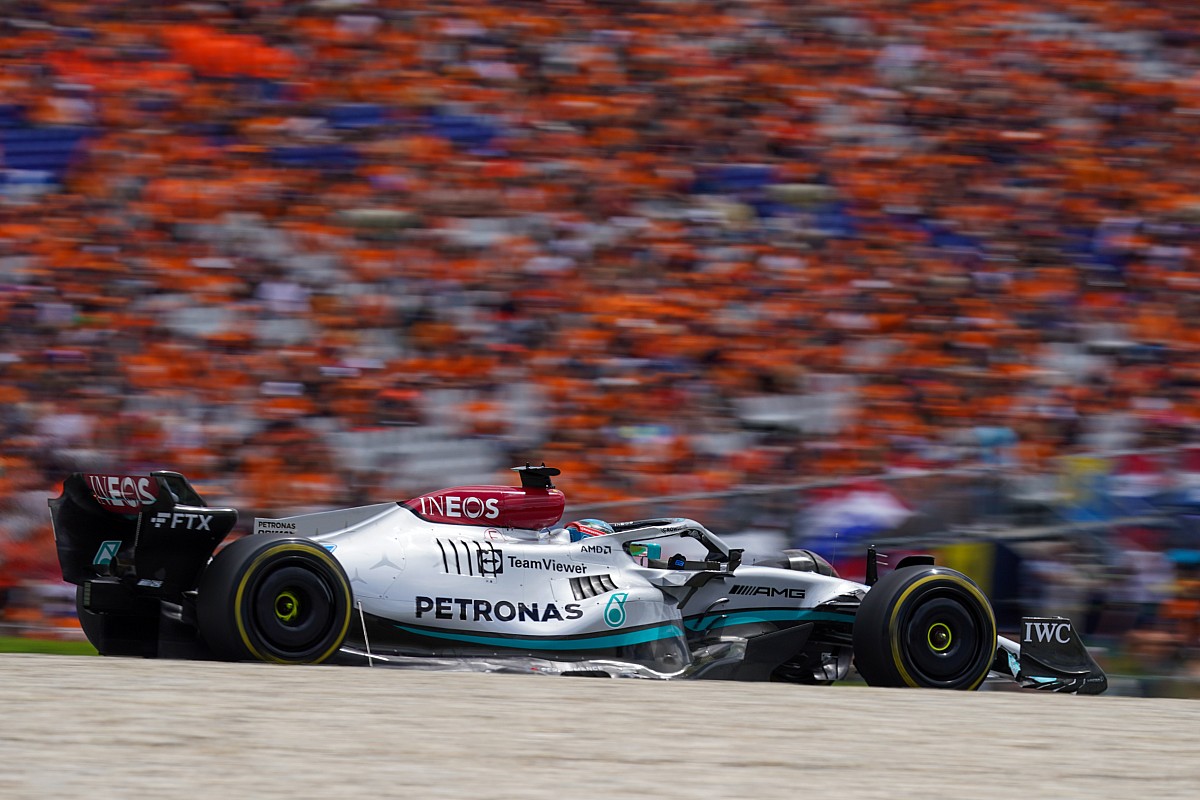 
The German car manufacturer has had a challenging Austrian GP weekend so far, with crashes in qualifying for Lewis Hamilton and George Russell, and then both cars being hindered by damage in the sprint.

However, in the wake of the encouragement the team took from its package of upgrades introduced at the British Grand Prix working, it remains bullish about what can be achieved later in the campaign.

Hamilton said earlier over the Red Bull Ring weekend that he was convinced the team was on the right path to be able to win a race later this season – and that is something Wolff reckons is a realistic target.

“I think in Silverstone, if we look at our metrics, we had the fastest race car,” said Wolff, when asked by Motorsport.com if he agreed with Hamilton’s victory statement.

“But the rear wing on George’s car is too big, so we’re too draggy. Also both of them had floor damage: George after lap three. So you can see a bit of a drop.

“The truth is, I think yes, is the answer. I think we’re putting things together. Slowly, but surely. That would be the target.”

Wolff explained that both Mercedes suffered from their floor stays breaking on their cars in the sprint, plus Hamilton encountered floor edge damage after the first corner clash with Pierre Gasly.

Beyond that, other issues – including Hamilton’s wonky steering – were elements that would be sorted in time for the race.

“I think we can fix those consequences of the shunt [in qualifying], and then there was a brake issue also because something got stuck after the Gasly incident,” he said.

“These things you can you can change. I wish we wouldn’t have parc ferme rules and we could actually work on the car to make it more competitive, but it is what it is.”

Asked if he was surprised Hamilton was able to continue after the Gasly incident, Wolff said: “Yeah, it’s just unfortunate. We’ve had George having the same kind of contact with Gasly at Silverstone and now it’s Lewis.

“I’m happy at least that he could continue because it could have been the end of the race in Turn one, which would have been a shame. But now we’re P4 and P8. Let’s see what that can do in the race.”