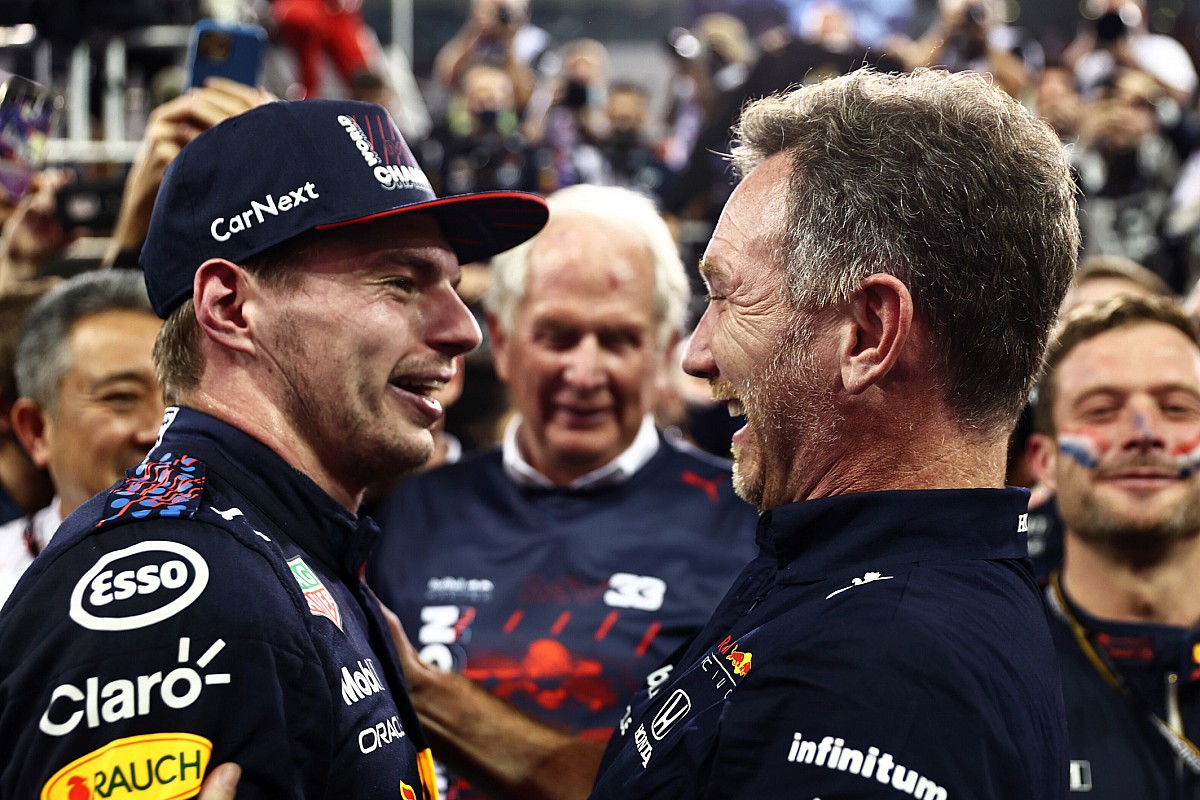 
But while debate about those closing laps will likely rage on forever, it should take nothing away from the job the Dutchman and his Red Bull team had done to get themselves into a position to end Mercedes’ lock out of F1 titles.

In fact, the outfit sees the shock turn of events in Abu Dhabi as simply a further piece of evidence that 2021 proved, beyond all doubt, that in F1 you should never give up.

Reflecting on how last year’s intense campaign has impacted its start to F1’s new era in 2022, Red Bull team boss Christian Horner says there were some important take outs.

“I think what it demonstrated to me is that if you want something bad enough, if you really believe in something, then anything is possible in life,” said Horner, speaking to selected media including Motorsport.com.

“Coming into last year, nobody could have predicted it. Mercedes was coming off the back of its most successful campaign with probably their best ever car.

“It was a subtle regulation change over the winter, but probably 65% of the chassis, the gearbox, suspension, was all carried over from what had been their domineering car. Yet we were able to turn up from the first race and be competitive and sustain that challenge, race in, race out, no matter what was thrown at us.

“So I think it just demonstrated to me that: forget all the noise. If you really want something, and you apply yourself, anything’s possible.”

Red Bull’s successful push for the 2021 championship did not come without its risks, especially at a time when teams had to carefully balance how far to develop last year’s cars before switching focus to the 2022 challengers.

Going too long on the 2021 developments risked leaving the team exposed to falling behind with its work on the 2022 car. But switching over too early risked it throwing away a golden chance for 2021 title success.

At the end of last year, Red Bull joked that it would only find out it didn’t do enough for the 2022 car if Ferrari ended up with a 1-2 in the season opener.

But while the Maranello dominance may have been delivered on paper, the reality was that Red Bull appeared to have judged things pretty spot on: with its aggressive RB18 proving every bit a match for Ferrari’s F1-75 in ultimate pace terms before the late fuel pump issues.

Horner said he was never too concerned that his team would not do exactly what was needed.

“I think I’ve always had great confidence in our team,” he said. “We had an opportunity to go for the world championship last year and, of course, we’ve pushed ourselves to the limit.

“We developed RB16B to a later point in the year than our rivals were claiming, so we were relatively late on to the 2022 car.

“But the effort that’s gone in over the latter part of last year, despite the distraction of fighting for a championship, to turn up at the first race, qualify less than a tenth off pole, take the lead three times in the race, and ultimately, a reliability issue cost us a big haul of points, I think it was testimony to the effort that’s gone in from the team over the last 12 months and how we balanced that resource.

“Inevitably, when you’ve got such a big regulation change, the earlier you apply resource, the better. But it’s always a question of balancing up short, medium and long term objectives. And long term in F1 is two weeks.”

But despite Red Bull appearing to have got its development balance spot on, don’t think for a second that things were easy for the team.

Horner himself faced some stress points in 2021 as the intensity of the title battle heated up towards the end of the campaign, while the entire Milton Keynes operation had to dig deep to take it all the way to that final Abu Dhabi encounter.

But the prize at the end was important, and not just because it got Red Bull’s name back on a championship trophy for the first time since 2013. Perhaps most important was that it finally ended the double title lock-out that Mercedes had enjoyed since 2014.

Horner added: “What you have to remember: Mercedes dominated, they didn’t just dominate, they obliterated the opposition for seven years. Nobody got even close to putting a sustained challenge throughout the season.

“So to raise ourselves to the level that we had to operate in order to do that last year, it put huge pressure throughout the whole organisation. And then on top of that, you’ve got a budget cap, and you’ve got next year’s car to deal with. It was a huge challenge.

“And I think that the way it was done was remarkable. We were hearing in Austria that our rivals were putting all their resource onto the following year’s car, and we were still in the midst of the current car.

“So I think the effort has gone in, the ground that’s been made up, has been outstanding.”

For now, the 2022 title battle looks like it could be a straight Red Bull v Ferrari battle, but few are willing to write off Mercedes, despite its difficult start to the season.

Horner himself, having gone up against the German manufacturer last year, knows exactly how strong the organisation can be.

But if Lewis Hamilton and George Russell end up hauling themselves back to the front, and F1 ends up in a thrilling three-way content, even Horner would not be too upset at the added complication of fighting a war on two fronts.

For after the stresses of the straight head-to-head last year, Horner does not think a six car battle for glory would be any harder to deal with.

“It’s easier, it’s almost easier,” he said. “Obviously, last year was just a heavyweight fight, slugging it out between two drivers every single grand prix and it went from race one to the last race.

“It was remarkable the intensity of that just between those two guys. Whereas if you’ve got more drivers involved, there’s more dynamics.”