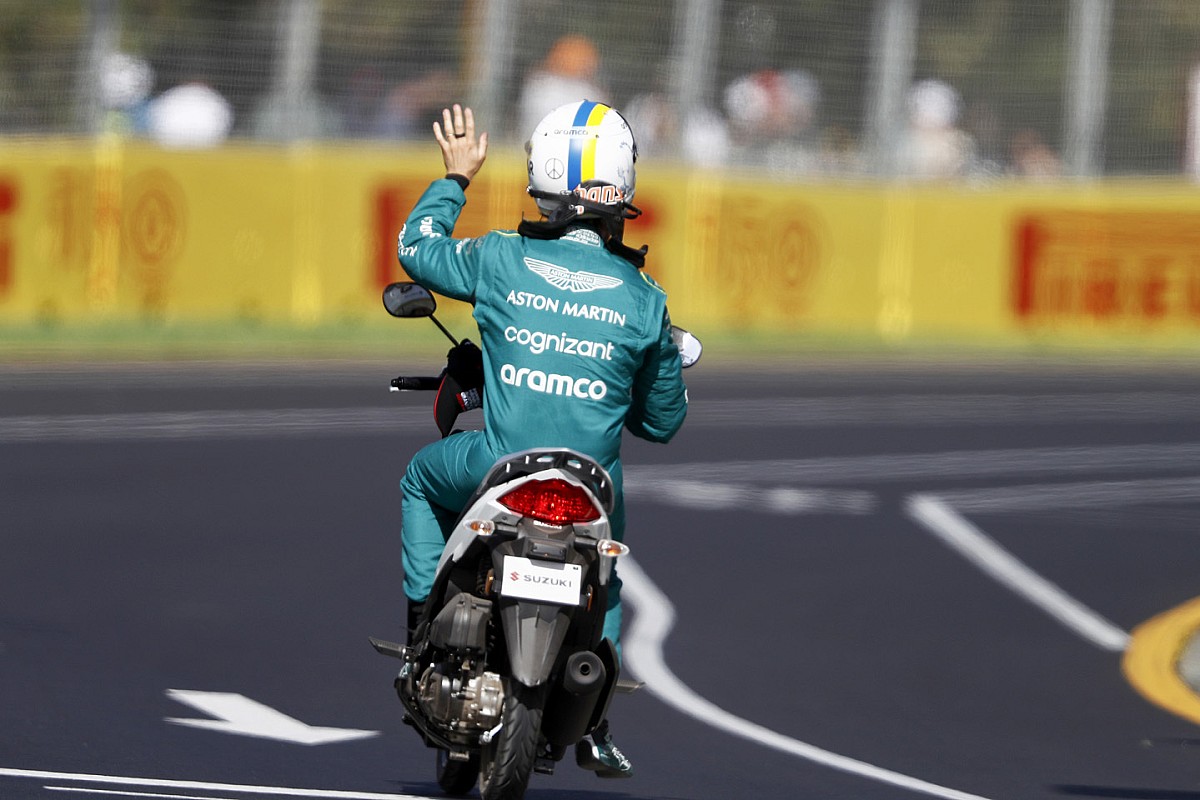 
Vettel’s Aston Martin had stopped on track with a power unit issue, briefly obliging the German to switch to fireman duty after he stopped the car.

Following the end of the session, a marshal offered him the use of the scooter. Vettel rode it back to the pits waving to the crowd – at some points with both hands – and his crash helmet was perched on top of his head.

However, Vettel was later reported by officials for “entering the track without permission” and was subsequently called to the stewards for “unauthorised use of a scooter on the track”.

The rules state that no one can take to the track within five minutes of the end of a session, but one of the exceptions is “drivers when driving or on foot, having first received permission to do so from a marshal”.

Vettel insisted that he was told he could return to the pits via the track.

“Obviously, we had a problem, and there was a bit of smoke, and I lost power,” he said. “And we had to stop the car on the track. And I did the best I could to limit the damage and get it off the track as soon as possible.

“I tried to make sure the car doesn’t get any further damaged. The marshal was very helpful, he had a Leatherman. I asked for an Allen key then we took part of the bodywork off so I could get underneath and cool the car. So it was a bit of a job.

“I asked, ‘Can I get back?’, as soon as I knew the car was safe in terms of not catching fire again.

“But anyways, the session was then over, and I asked, ‘Is somebody coming?’ They said, ‘Yeah, yeah as soon as the session is over.’ And then the guy came with a scooter and he said, ‘You can jump on the back.’

“I mean I would like to get the car back and not to have a problem in the first place. I’m not here to drive a scooter.”

Vettel’s team commenced a power unit change over the break between sessions, but in the end he was not able to take part in FP2.

“It stopped our running, which was painful, and unfortunately it also cost us the whole session in the afternoon, which is not ideal,” said Vettel.

“I haven’t been in the car for a while. Plus the track is different. It will be fine tomorrow, but it would have been nice to get more laps.”