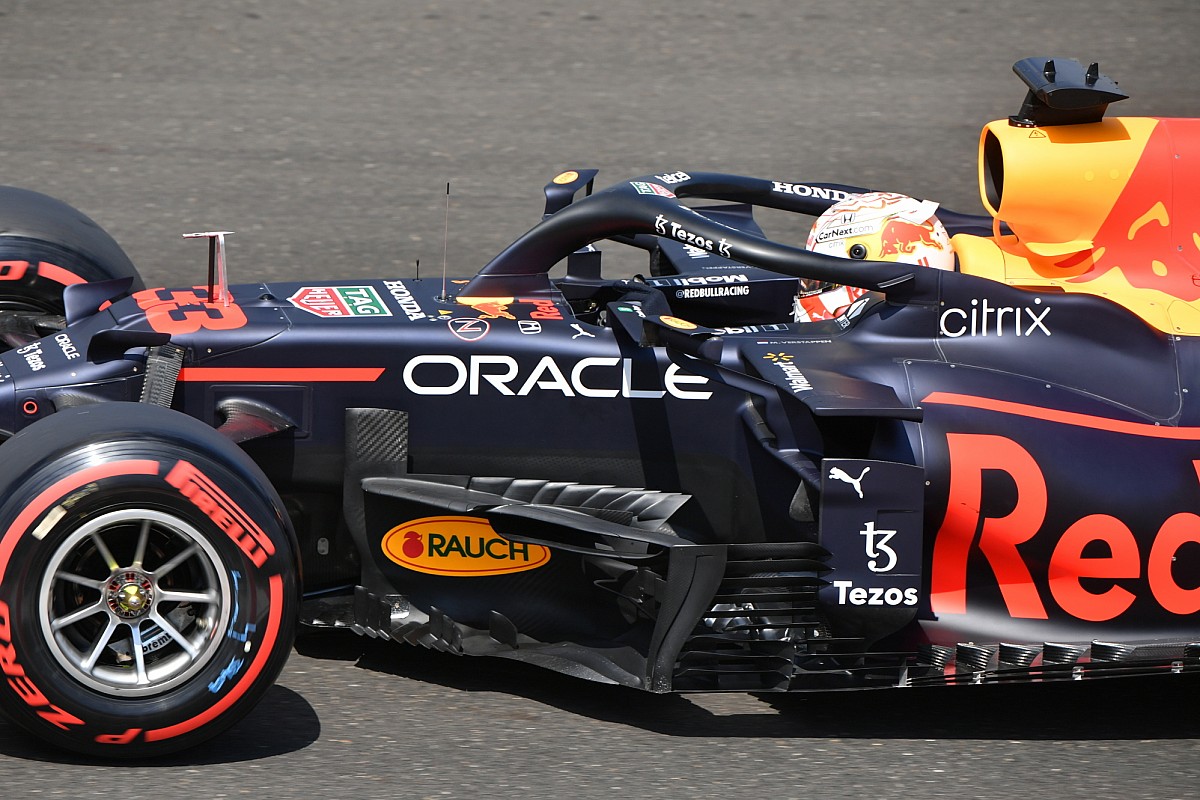 The Red Bull driver had shadowed rival Mercedes’ strategy in doing his first Q2 run on the medium compound, with F1’s rules dictating drivers must start the race on the compound they do their fastest lap on in that segment.

Although he switched to the soft for his final run, it is a common practice for drivers to do that and put in a quick banker over the opening segment of the lap and then abandon it late on when their place in Q3 is assured.

However, Verstappen said that he and the team elected to complete the lap because there was some concern that, with other drivers on soft tyres jumping them on the timesheets, they could get dumped out.

“It was just because the others also were on the soft and they were improving their laptime,” explained Verstappen.

“So when my lap time on the medium would have really been on the edge for top 10, we decided to finish that lap.”

While the soft tyre will not be ideal for the strategy tomorrow, thanks to its high degradation, it should give the Dutchman an advantage on the run down to the first corner after the start.

Pole position man Lewis Hamilton reckoned there was a five-metre benefit from having the soft, and it was this factor that has left Red Bull with a bit of hope.

Team boss Christian Horner told Sky: “We couldn’t do the same time as Lewis did on the medium, and we felt that maybe tactically, it’s a different route. I’d prefer that tyre for the start tomorrow. So we’ll see.

“We’ve got to drive an attacking race tomorrow. You know how hard it is to overtake around here, so strategy is going to be crucial.”

Verstappen reckoned the Hungaroring weekend had so far been one where Red Bull was on the back foot against Mercedes.

“We’ve been a bit behind and it showed again in qualifying,” he said. “So yeah, not what we wanted but nevertheless we’re still there in P3 and we’ll see what we can do.”