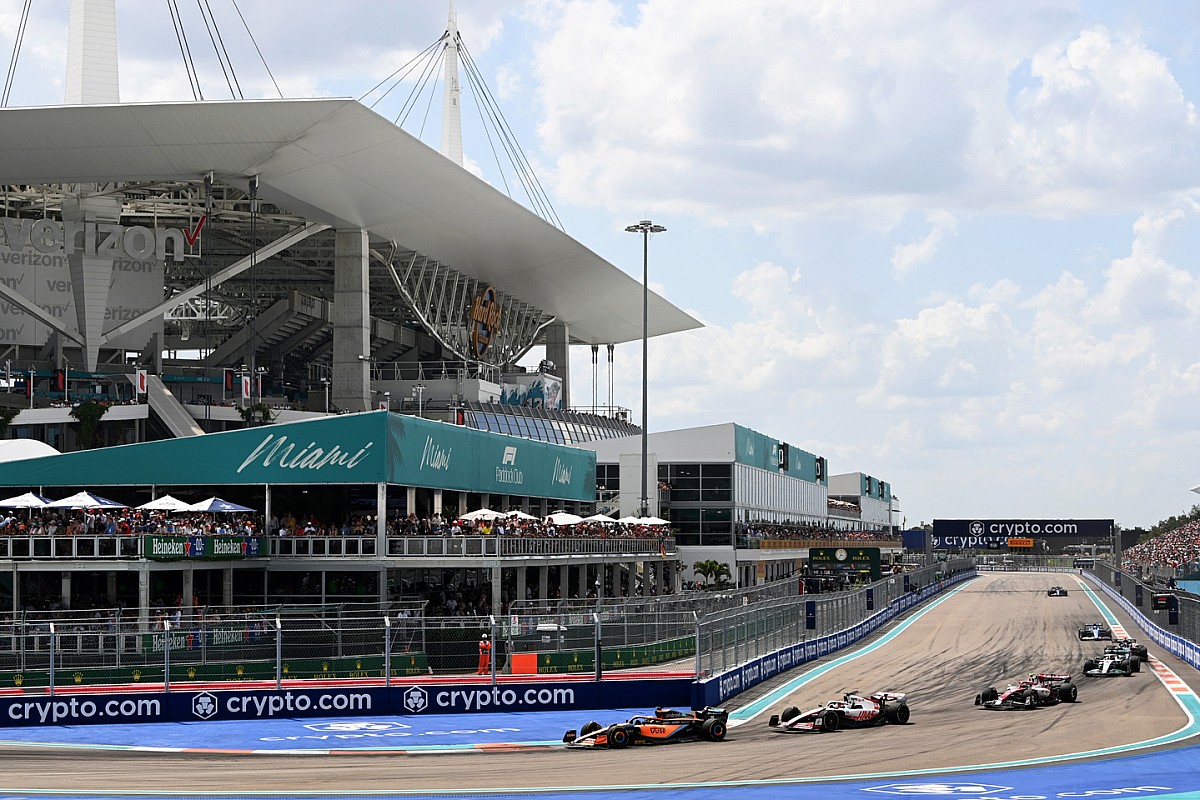 
F1 staged its inaugural Miami Grand Prix last weekend, attracting a sell-out crowd and a host of big name celebrities in a vibrant new event for the series.

It was the latest sign of F1’s growth in the United States, which looks set to only continue next year with the addition of the Las Vegas Grand Prix. The race will run on Saturday night and use part of the famous Strip for the circuit.

Monaco has typically been known as the ‘jewel in the crown’ for F1, but Miami was regarded as setting a new benchmark for the series in terms of the overall event, drawing numerous comparisons to the Super Bowl.

But reigning F1 world champion Verstappen felt the success of new events could not draw anything away from the history of a race like Monaco.

“I don’t think you can replace Monaco,” Verstappen said last weekend in Miami.

“Monaco has such a history, and of course it takes time to build that. And also this is a completely different to Monaco, there’s a lot more space here and the whole atmosphere is different.

“It’s a different kind of culture as well, which is good that we have, because it would be very boring to drive every time at [somewhere with] the same culture.

“You have to find a middle way between these kind of [events in Miami], Monaco and, of course, permanent race tracks.”

Some uncertainty remains over Monaco’s future given its lack of contract beyond the end of this season. The race has traditionally seen its hosting fee get waived as part of its agreement, but talks are continuing regarding what a new contract may look like.

Alpine driver Esteban Ocon echoed Verstappen’s thoughts on Monaco, citing the lack of overtaking as being part of the unique challenge posed by the street track.

“Monaco is extremely special, it has the history also behind it, and it’s one way to race that you don’t have anywhere else,” Ocon said.

“You really need to qualify and the race is very difficult to overtake or you need to take a risk. So for us, it’s completely different.”

But Ocon acknowledged that seeing F1’s growth in the United States was encouraging, making him excited to see what the future in the market would hold.

“Coming to the States, seeing how we are welcome here, it’s great, it’s fantastic and we’ve seen how much the sport has grown,” Ocon said.

“Miami, Las Vegas, all these towns, it’s a dream for us to come here. So yeah, I can’t wait to discover what the US has left for us.”