Valentino Rossi’s famous #46 to be retired from MotoGP 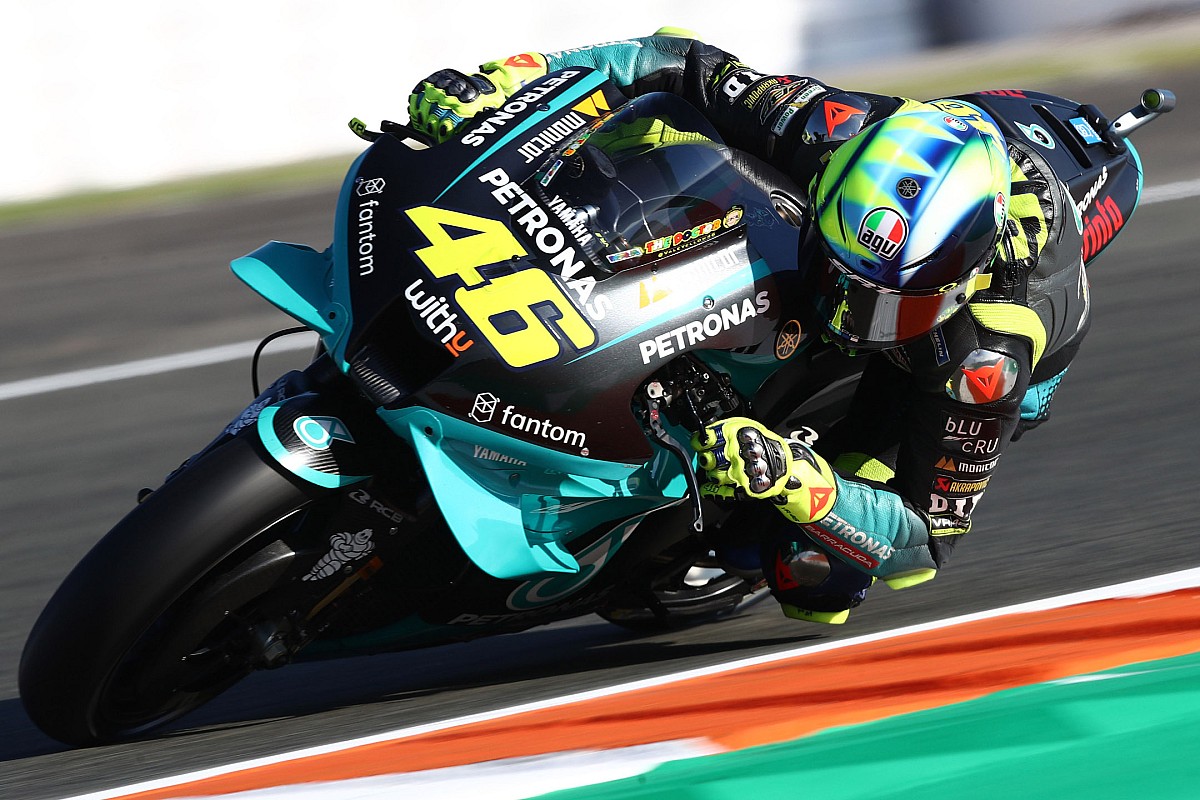 
The nine-time world champion made his bright yellow #46 plate an icon of motorsport across his 26-season career in grand prix racing.

Rossi won nine world titles across all three classes of the MotoGP world championship, including seven in the top tier, while registering 115 GP race wins in total.

The Italian legend retired from MotoGP at the end of the 2021 season and is now racing full-time in the GT World Challenge Europe with WRT Audi.

Despite never expressing a wish to have his number retired when he stopped racing and encouraged its use by others, MotoGP has announced Rossi will attend a ceremony at Mugello in two weeks to retire the number.

A statement from MotoGP read: “The number 46 will be retired from use in the MotoGP class at the Autodromo Internazionale del Mugello.

“Synonymous with nine-time world champion and MotoGP legend Valentino Rossi, the number will be signed off in style at the upcoming Gran Premio d’Italia Oakley.

“The retirement ceremony will take place on the main straight on Saturday, just ahead of qualifying.

“Rossi will be in attendance as his legacy is honoured and number retired, having raced the number 46 into the MotoGP Legends Hall of Fame over 26 seasons of success – creating one of the most recognisable calling cards in global sport.”

The retirement of race numbers is something that is typically reserved for riders who have died during competition.

Over the years, MotoGP has retired Nicky Hayden’s #69, Shoya Tomizawa’s #48 and Marco Simoncelli’s #58, amongst others.

The first rider to have his number retired was 1993 500cc world champion Kevin Schwantz, with the American’s famous #34 retired out of respect for his career upon his retirement.

Ahead of his retirement last season, Rossi was officially inducted into the MotoGP hall of fame.

At Jerez two weeks ago during the Spanish Grand Prix weekend, former Yamaha teammate and three-time world champion Jorge Lorenzo was also inducted into the Hall of Fame.

Quartararo: Ducati does “something crazy” in MotoGP qualifying sessions