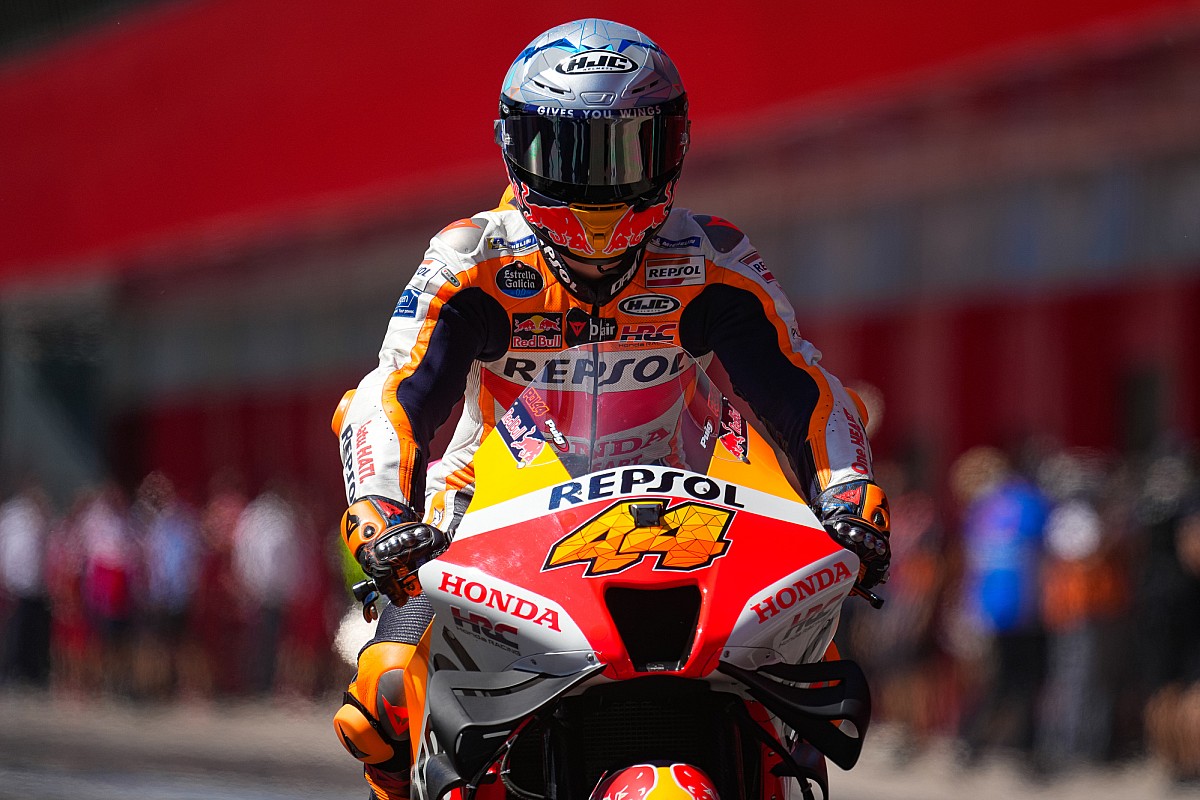 
MotoGP was forced to condense this weekend’s Argentina GP to two days when freight delays meant Friday’s running had to be cancelled and a revised schedule put in place.

As the calendar expands to 21 races this season, the discussion this weekend in light of the freight problems has revolved around whether MotoGP should use Argentina as a test to see if reducing grand prix days could be an option in the future.

But with only two hours of practice split into FP1 and FP2 followed directly by qualifying, Espargaro – who came through Q1 to put his Honda fourth on the grid – believes two-day weekends wouldn’t be safe enough for riders.

“Stressful. That was very stressful,” Espargaro said of his day.  “I mean, the day was stressful by itself, we didn’t need to add more things for it to be less stressful.

“I crashed, I went into Q1, I didn’t have enough tyres for Q2. I mean fuck, it was everything wrong with a good ending. But everything was not good, super stressful.

“This schedule, some were thinking about it for the future that maybe it would work. For me, it’s impossible.

“No way we can race like that, it’s so stressful and so dangerous because we push these bikes to the limit with very little knowledge of the track, of the bike on the tracks, and the tyres. It’s difficult.”

Espargaro says his qualifying turnaround is “difficult to believe” and says his final push lap to get out of Q1 gave him trust in himself.

“Before the Q1, I did the first run after the crash in FP2, I did 1m39.3s,” he added. “I was out, we didn’t know if I could qualify, but we kept fighting and working and with the second tyre we pushed to the limit and I almost crashed at the last corner with a huge shaking.

“But that lap time gave me the feeling that I needed to trust a little bit in myself, the bike started to be better with the change we did for the Q2.

“The track was more grippy, and the more the grip the track has the faster I am and I think I take more advantage than the others in this situation.

“Finally, I could qualify P4, but it was tough.”

Quartararo: Ducati does “something crazy” in MotoGP qualifying sessions