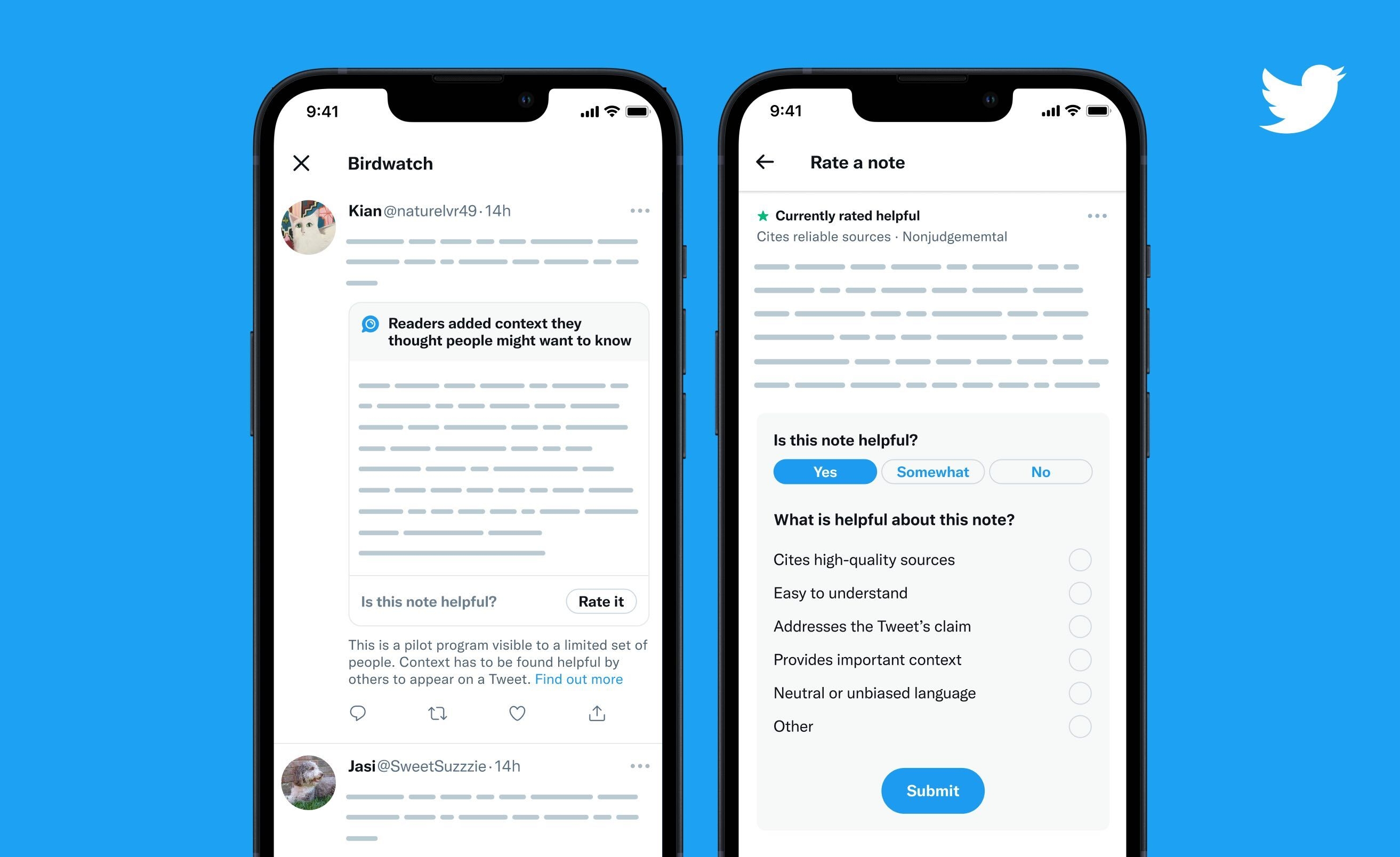 
Twitter is its experimental fact-checking program, Birdwatch, and making its misinformation debunks a lot more visible. With the expansion, about half of Twitter users in the United States will start to see Birdwatch’s debunks added to misleading tweets.

The initiative, which first debuted more than a year ago, takes a crowd-sourced approach to debunking misinformation on Twitter. Community moderators who are part of the program can append notes to misleading tweets to “provide informative context” rather than a binary true/false rating like other fact checking sites. Other contributors can then rate whether a note is “helpful” or not.

Now, Twitter is adding more people to the ranks of Birdwatch contributors — there are currently about 15,000 — and introducing a new system for rating contributors. Those who join the program will now have to earn the ability to add notes by first rating the notes of other contributors. Once their contributor score reaches a “5” they can then start writing their own notes. But if those notes are repeatedly deemed “not helpful” by other contributors, they could lose their note-writing privileges.

The scoring system seems to be designed to help ensure that Birdwatch contributors don’t go rogue and begin adding their own misinformation to Twitter. Notably, documents released by Twitter’s former security chief turned whistleblower, showed that the company had mistakenly allowed an “overt QAnon account” into Birdwatch and only caught it the night before the program launched.

Birdwatch’s latest expansion also means that the fact checks will be much more prominent than in the past. When the program first launched, they were only viewable on a separate website. That began to change earlier this year, with Twitter adding fact-checks directly to tweets, but it was still only visible to a small number of people. Now, Birdwatch has expanded to millions more users. Twitter says about half of its US users will be able to see Birdwatch-powered fact checks, though they caution that users shouldn’t expect to see them on “every tweet.”

The company says that early research suggests the fact checks are having a positive impact. According to Twitter, “people who see a Birdwatch note are, on average, 20-40% less likely to agree with the substance of a potentially misleading Tweet than someone who sees the Tweet alone.” And people are “15-35% less likely” to retweet or like a tweet with a Birdwatch note, the company says, adding that the percentage is an “estimate” based on “internal data.”