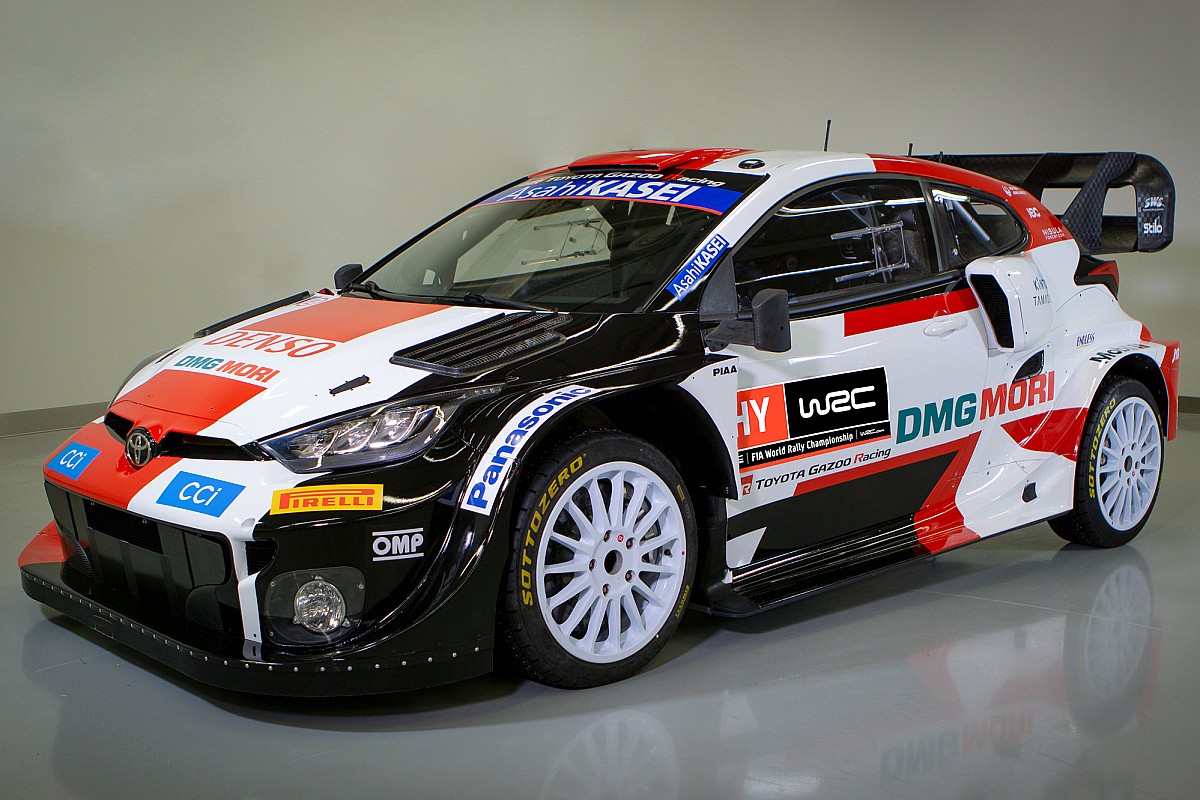 Toyota has elected to continue with the same red, black and white factory livery that made its debut on the Yaris last season. However, to highlight the new Rally1 regulations there is clear hybrid branding on the flanks of the GR Yaris, that also include prominent airboxes to cool the hybrid unit.

As per the new regulations, the GR Yaris features a 100kW hybrid unit connected to a 1.6 litre turbo charged internal combustion engine that can produce 500 horsepower in short burst when working in tandem.

Drivers will be able to initiate hybrid power boosts by using the throttle pedal and will unlock further boosts within stages if they sufficiently regenerate 30 kilojoules of energy under braking.

Rally1 cars are constructed around a new safer, steel spaceframe chassis built from scratch, without using a production car base. Compared to their predecessors, vehicles will be approximately 70kg heavier, feature reduced aerodynamics to the tune of 15%, have less suspension travel and will be without trick centre differentials.

Eight-time WRC champion Sebastien Ogier won’t defend his title having elected to scale back his WRC commitments to only a partial campaign. The Frenchman will instead share the third car with Finn and one-time WRC rally winner Esapekka Lappi.

Ogier will kick off the season in Monte Carlo next weekend, with Lappi set for his first outing in Sweden in February.

The fourth entry will be filled by Japan’s Takamoto Katsuta, who has been retained to pilot the team’s development driver entry for a second full-season.

Toyota conducted its final preparations for the new season this week in France ahead of the season opener in Monte Carlo from 20-23 January.

Loeb: Second place in Dakar “nothing to be ashamed of”