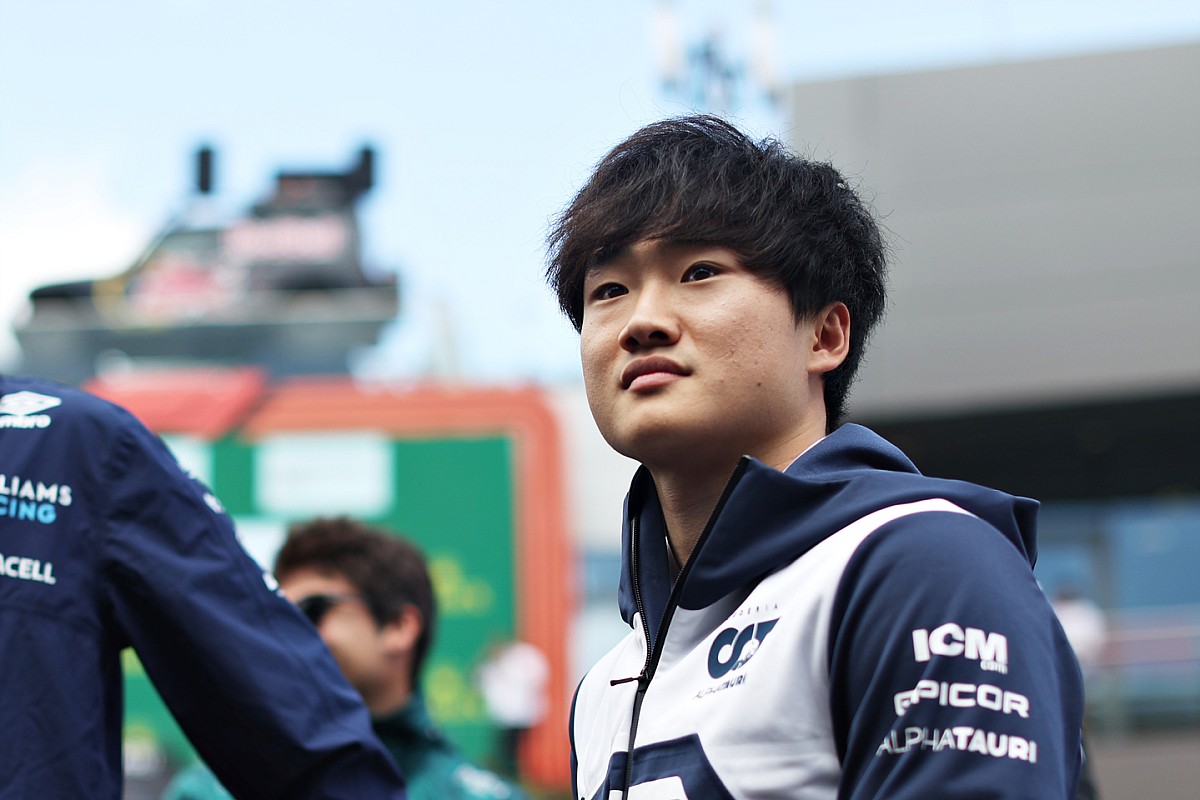 
Pierre Gasly has already been officially confirmed by the team for next season, but Tsunoda’s position is not yet secure, with his clash with Gasly in the British GP the biggest black mark against him.

Gasly has had the upper hand in qualifying, but the two drivers have been closer in terms of race results, with the Frenchman scoring 16 points thus far in 2022, and Tsunoda logging 11.

Red Bull has several proteges showing well in F2 this season, although none has yet emerged as a clear and obvious threat to Tsunoda’s position.

“If he continues like he did during the season, apart from crashing, I think that he has a good chance to stay with us,” Tost said of Tsunoda at the Austrian GP.

However, Tost suggested that he prefers a driver with a strong character.

“I like problem children because these are the real good children who can make something out of it,” said Tost. “I don’t like the holy children.

“Yuki made a mistake; he knows it and he will work on this. He is still in his development process. He is fast. He was also fast this weekend here. And he will do his way. It takes a little bit of time.”

Tost confirmed that he was quick to read the riot act to Tsunoda after the Silverstone collision.

“Of course, this was a nightmare for the team. Because the drivers were in position seven and eight. And we knew that Silverstone is difficult for us, and therefore we really were in good positions.

“And then Yuki got little bit too impatient, tried to out-brake Pierre, lost the rear and crashed into him.

“Immediately after the race I called Yuki into my office and told him that this is absolutely no-go and that he has to be more disciplined and patient.

“This was not the first collision between teammates and will not be the last one – hopefully with us – but we saw this in history F1 a couple of times. Nevertheless, this in any way must be avoided.”

Tsunoda, meanwhile, had a frustrating weekend in Austria, and was left mystified as to why his car lacked performance and grip on the way to 16th place. He hopes that the team can find answers.

“Clearly something went on to my car especially,” he said when asked about his race by Motorsport.com.

“I gave it everything to be honest, I’m quite satisfied with the performance I did, but just no pace, no grip at all.  So we have to definitely find out what was the issue there.

“The fresh tyre is able to kind of hide those issues, the limitations, but as soon as I feel like a step less grip, it just starts to slide out. So we just have to definitely find out what was the issue there.”