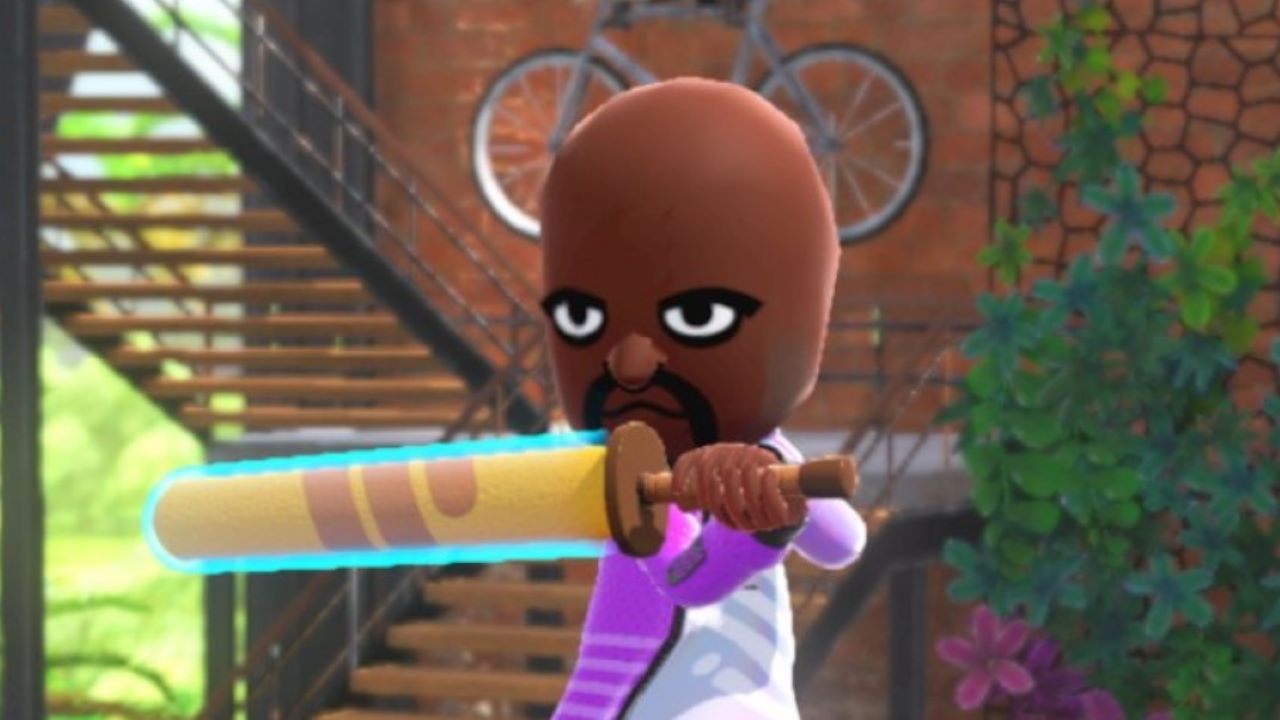 Why did we see two entirely different reactions to a pair of posts about the same game? It’s simple: One was just your standard, scheduled promotional tweet, and the other featured the return of one of the most feared men in Nintendo history: Matt.

Interested in a tougher challenge in #NintendoSwitchSports? Try entering ZR + R + A or ZL + L + → on the difficulty select screen. pic.twitter.com/UI62lApxvw

Matt is the Mii computer opponent seen on the right in the image above. He’s the secret Legendary opponent you can face in Nintendo Switch Sports’ swordfighting game by entering a specific button combination on the difficulty select screen. If he looks familiar to you, it’s probably because you remember struggling to defeat him back in the early days of the Wii… Or you’ve seen the countless memes featuring him made since then.

The Legend of Matt dates back to Wii Sports, the Wii’s launch title that graced our living rooms back in November 2006. It was here that the Miis made their big debut, and Matt along with them. Matt is known for being the Boxing champion in Wii Sports. He is the final fighter you face in Boxing, wearing a pair of silver boxing gloves you can claim after defeating him.

Matt would return in 2010’s Wii Sports Resort, this time as the champion of Swordplay. He’s the final boss of Swordplay Showdown, and is pretty difficult to defeat.

While Matt may have flown under the radar at the peak of Wii Sports’ popularity, years later, many gamers on the internet started making jokes that greatly exaggerated Matt’s skill level. Yes, he is tough to beat in Boxing and Swordplay, but he’s not the God the internet would lead you to believe he is.

According to knowyourmeme, the original meme that kicked off the modern love for Matt is an image posted to Reddit that says, “15 Characters Who Could Defeat Thanos (Even With The Infinity Gauntlet) In Seconds”. The image below that headline is a photo of Matt from Wii Sports, with the caption, “The pro we need”.

This set off a new trend of joking about Matt’s raw strength, including memes referencing Star Wars: The Last Jedi, Shaggy from Scooby-Doo, and more.

That brings us to Nintendo Switch Sports, the 2022 follow-up to the Wii Sports series. But for Matt fans, there was a big catch. Switch Sports pushed Miis out of the spotlight, replacing them with a new type of avatar. While Mii NPCs were mostly out of the picture, players could still play as their Mii, leaving hope that Matt would appear eventually. While fans waited, many even designed their own Mii to look like Matt to play as the legendary character online.

Fast-forward to late July, when Nintendo updated Nintendo Switch Sports, adding in the new Legend mode explained above. Finally, Matt has returned to enact his revenge, and fans couldn’t be more thrilled. Check out some of the best social media reactions below, including people deciding to buy the game because of Matt, players getting destroyed by Matt, and more.

nintendo brought back my boy matt as a secret boss for switch sports and labeled him as a legend! my wii feels. pic.twitter.com/LJJzGWWFBL

About to buy Switch Sports. I need that runback. https://t.co/P0VL8FIx63

I tired my best, but he was just too powerful. pic.twitter.com/1hPMgcZQuO

If you’re up for the challenge, you can face Matt yourself in Switch Sports right now. Just be prepared to lose.

For more on Switch Sports, you can check out our review, where we said, “Switch Sports largely sticks the landing on what made its predecessors memorable: intuitive motion controls, the ability to effortlessly get a group of people up and moving, and some killer menu music that’s liable to get stuck in your head all day.”