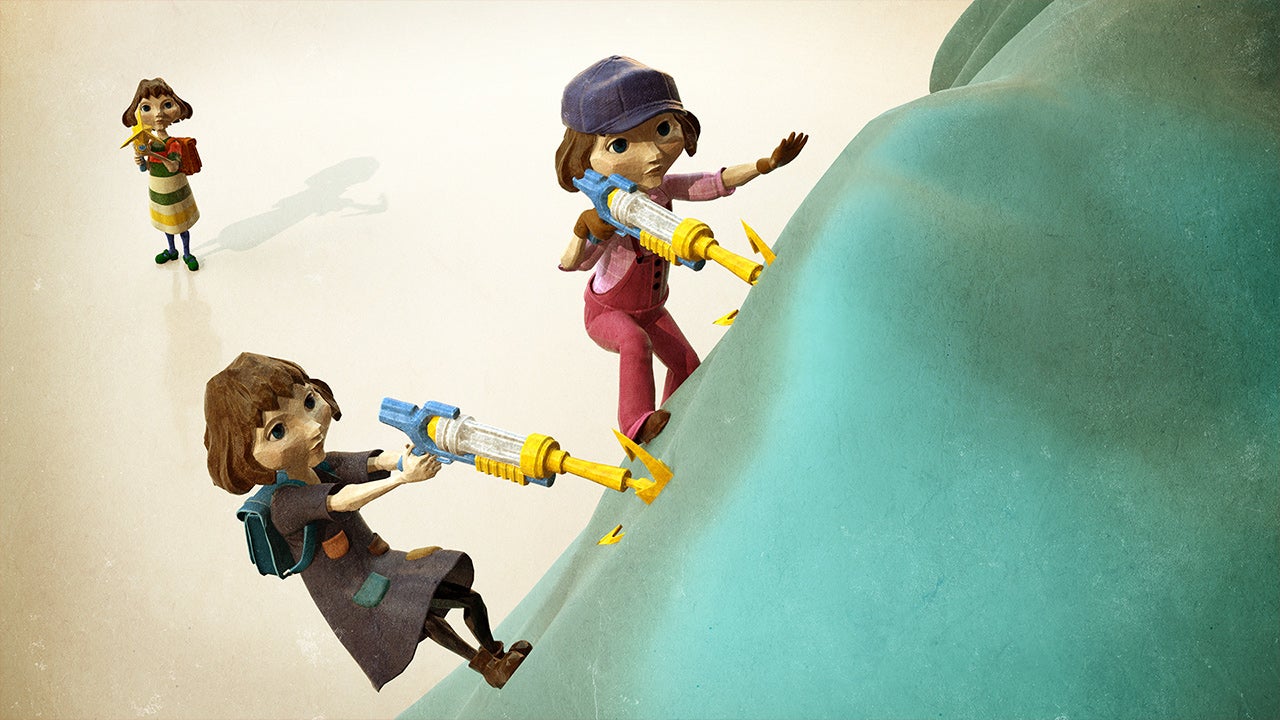 
With its gorgeous Soviet Union inspired fantasy visuals, social gameplay systems, and hazy late-night electronic soundtrack, the original PlayStation 4 version of The Tomorrow Children stood out as a strange but special game.

Unfortunately, the thoughtful and immersive game envisioned by developer Q-Games was sullied by poorly implemented free-to-play mechanics and a confusing onboarding that left many players scratching their heads. But those who loved it really loved it, prompting Q-Games to buy the license back from Sony for an upcoming re-release on PS4 and PS5. And after spending a few hours with the newly overhauled PS5 version – fittingly subtitled Phoenix Edition – it’s clear that Q-Games is not taking its fans’ devotion for granted.

The core loop of the game is essentially the same. The player takes control of a living wooden doll who must rebuild her town and restore humanity by visiting mysterious islands that appear from The Void, an empty expanse of once-human consciousness, and mining them for resources. As before, you can work together with other players via loose online connections in a similar way to Death Stranding. (The Tomorrow Children did it first, kids.)

The more you play, the more tools you can unlock for mining, along with weapons to defend your town from the invading kaiju-like monsters known as Izvergs. And for every matryoshka doll you find while out exploring, you can revive another jolly human NPC peasant to inhabit your town. It’s a game where you can work to a plan or simply lose yourself in busywork for hours at a time, your mind awash with the game’s dreamy soundtrack.

All of the free-to-play stuff has been completely removed, and the gameplay loop has been refined considerably to allow players to work on their town without having to pay anything extra or to have to grind so much.

Phoenix Edition adds to this core experience in several meaningful ways. For a start, all of the free-to-play stuff has been completely removed, and the gameplay loop has been refined considerably to allow players to work on their town without having to pay anything extra or to have to grind so much. This has had a profound effect, making the game feel much more approachable and fun.

This time, fans can rest easy knowing that the game won’t suddenly disappear. There is now a solo mode, where players can work alone or with NPC comrades without having to connect online, while multiplayer games are connected peer-to-peer, sidestepping the problems that killed the original game when its servers were switched off by Sony a year after release.

Solo and multiplayer are intricately linked, so that your progress carries over regardless of which mode you play in. Personally, I always loved the feeling of isolation in The Tomorrow Children, a rare sensation for a game so reliant on multiplayer features, and it’s great to see that vibe enhanced here through smart new tweaks.

There are tons of small additions and improvements.

The Tomorrow Children is all about working together while working alone, and you now have more control over your town. You can create it alone or invite friends to collaborate via party codes. In both the solo and multiplayer modes, you can now issue commands to your NPC comrades to have them help the cause, such as having them gather more resources, focus on town repairs, prioritize defense or simply follow you around to help in your endeavors. This means that even the solo mode honors the game’s core concept of toiling together for the greater good, and it also means you can leave the busywork of generating electricity and gathering resources to your NPC buddies while you focus on the activities you enjoy most.

In multiplayer, too, these concepts have been refined. Players cooperate on building towns as before, but can interact in new ways – for example, you might gift an item to another player by visiting their house and dropping it through their door, even if they are offline at the time. You can leave Dark Souls-style notes by dropping a tape recorder to leave hints, or use a megaphone to loudly request items you need from others. You can build a bench in your town and sit on it with another player to heal. Tents, which act as portable respawn points, can now be shared, so that fallen players can quickly rejoin the fray even if they didn’t prepare a tent themselves. There are tons of small additions and improvements like this.

The playground items that were purely frivolous in the previous game now generate Toil currency, and among them, the see-saw offers a fun way for two players to earn currency together. You can even work together to help your friends unlock a trophy by setting up the right conditions in your town and inviting them to come and participate. Or if a player is griefing in your town, you can more quickly and easily report them via a “snub” emote and eventually have them thrown in jail to contemplate their behavior.

You can explore these islands with the good old jet pack and other tools from the original game, alongside new ones like the grappling hook, which you can fire from a gun and use to reach high-up places.

There are new islands to explore, bringing the total to over 40 – and each one now has its own name, to help you keep track. Three of these new islands are based on designs from the game’s community – for example, one new island I visited was made up of huge sparkling orbs with secrets at their cores. And you can explore these islands with the good old jet pack and other tools from the original game, alongside new ones like the grappling hook, which you can fire from a gun and use to reach high-up places.

While exploring an island, a new Monolith structure may appear; and if enough players gather and touch it, the geology of the island will change, spawning new areas and caves filled with goodies to plunder.

Meanwhile, when Izverg monsters attack, you’ll face the same frantic rush to defend your town as before, jumping into gun turrets or wielding a rocket launcher to bring these giants down. And when you do, and you mine their body for resources, you will find they now have higher drop rates, meaning more spoils for yourself, your NPC comrades and your online buddies. Similarly, consumable Voidka boosts have been made easier to find, with a vending machine placed at the bus stop in front of each island, while Void Power abilities are more abundant in quantity and variation than before. This generous extra sprinkling of items and rewards is the most obvious result of ditching the free-to-play mechanics, and means you get to enjoy more variety and have more fun.

Another hugely appreciated change is the overhauled tutorial. The original version of The Tomorrow Children threw players into its sandbox with the most minimal of instructions, plus a complicated explanation of its confusing set of currencies. Here the economics have been refined anyway, and Q-Games have taken much more time to walk players through the basics of exploration, town building, item usage and so on. It’s still a very loose tutorial that leaves the player to explore and figure things out for themselves, but the opening sequence of events – enter the town, get mining equipment, visit islands to dig for resources, and so on – is now more guided than before. When the game detects that you are not progressing through the tutorial, it gently nudges you with tips on what to try next, without holding your hand too much. Some players might still want a more concrete onboarding, but for a game that’s all about playing your own way, the balance seems well judged.

Running on PS5 at 60fps, Phoenix Edition is an even smoother and cleaner experience, with darker darks and brighter highlights.

Oh yeah, and it looks gorgeous. Again. The original game on PS4 used a cutting-edge lighting technique called cascaded voxel cone tracing that is similar to ray tracing, bringing a tangible Pixar-like quality to its textured surfaces and creating beautiful scenes where the light would flood to fill the screen as you emerged from the opening of a cave. Footage from the original PS4 version still looks incredible today, but running on PS5 at 60fps, Phoenix Edition is an even smoother and cleaner experience, with darker darks and brighter highlights.

In terms of other next-gen enhancements, while the PS5 version disappointingly does not make use of the DualShock’s haptic feedback, it now makes more use of the speaker in the controller (keep an ear out for the cries of nearby hidden matryoshka dolls), and gestures are now mapped to the touch pad.

The Tomorrow Children: Phoenix Edition is more than a port of this PS4 hidden gem. It is a totally overhauled game that has clearly been given the love the original deserved. It’s still a somewhat esoteric package, but changes to its in-game economies, tutorial and social elements as well as a brand-new solo mode make it far more approachable than before. Crucially, despite these welcome major changes, the game remains as cozy and inviting as ever – my three hours flew by, and I’m excited to get properly lost in the nebulous world of The Tomorrow Children again when Phoenix Edition launches on PS4 and PS5 on September 6.