The 24 most expensive photos that sold for millions (Pocket-lint) – Most of us will be aware that paintings can fetch tens, even hundreds of millions of dollars, but digital photos can be just as collectable and demand similar prices at auction.

Collectors will even pay big bucks to own a piece of a photograph: in February 2018, a group of 10 investors paid $1 million between them for a crypto-art photo called The Forever Rose, taken by Kevin Abosch. The Forever Rose isn’t a physical photo, but each investor received a “token” they can keep or sell on.

But $1 million is pocket change compared to the sums paid for the photographs on this list. So let us take you through the 24 most expensive photographs ever sold.

Current Prime Minister and former President of Russia, Dmitry Medvedev claims the final spot in this list of most expensive photos ever sold. His black and white photo of an aerial view of the Tobolsk Kremlin in Siberia fetched $1.75 million at auction, however, some experts say the high price was paid more for charity than for real artistic merit. It was sold at an auction that was part of the fourth annual charity fair Rozhdestvenskaya Azbuka (Christmas Alphabet), to Mikhail Zingarevich.

Red Morning (Hate) is part of Gilbert & George’s Red Morning series, which was made in response to the socialist movement in Britain in 1976 and 1977: think punk rock, police and firefighter strikes. It’s the only series of photos the pair produced that sees them ditch their trademark tweed jackets, exposing their shirts. The use of red is to denote aggression and anger and an overall more powerful image than simply black and white.

Thomas Struth released a series of images in the early 90s depicting people among famous artworks, called Museum Photographs. The most famous image from the series is this one, of the Pantheon in Rome. In it, a group of visitors can be seen standing in the beam of light coming through the oculus in the top of the Pantheon, yet Struth has deliberately omitted it from the image.

This photo was staged though, with Struth obtaining special permission to shoot after hours, as to take this image during the day with the hundreds of tourists constantly coming through the doors, would have been impossible.

Cindy Sherman took this image of herself in 1981 and eventually sold it to a New York dealer for $3,890,500. The photo is part of Sherman’s Centerfolds series from the same year. The series of photos depicts Sherman in several stereotypical poses of the time, always looking away from the lens and out of frame.

Sherman was responsible for all aspects of the photos, including makeup, hair, lighting, directing, modelling and photographing. The image was sold again in May 2012 for $2.89 million, making it simultaneously the 12th most expensive photo ever sold.

Gilbert & George are Gilbert Prousch from San Martin de Tor, Italy and George Passmore from Plymouth, UK. They are rarely seen in public without the other and nearly always wear suits that became a “uniform” following their Singing Sculptures series. To Her Majesty, is part of the pair’s Drinking Sculptures series and comprises 37 individual images of them getting drunk, or about to start drinking.

At first glance, Jeff Wall’s image looks to be of a genuine war scene, but it has actually been staged in a studio with actors. It depicts Soviet troops coming back to life after being ambushed, some of whom find humor in death, as they can be seen playing with their wounds. The idea behind the image is to combine images of war and horror movies, with those of history paintings from previous eras.

Wall was fascinated by old paintings when he was studying art, but turned to photography for his work as he felt it wasn’t possible for “modern artists to paint like the great masters”.

Richard Prince produced the Cowboy series of photographs in 2000. As with his other work, this image of a cowboy riding a horse is a photo, of a photo. The original image was used in a Marlboro cigarettes advert Prince saw in a magazine while working at Time Life.

He immediately knew he could change the connotations of the image by removing the text and any association to Marlboro. The resulting image is one of a tough, rugged cowboy that was a symbol of American culture.

Cindy Sherman’s Untitled Film Stills series was made between 1977 and 1980, and this image Untitled #48, is the most expensive one to be sold from it. The series was created to show fictitious female characters in images that could be taken straight from films.

As in her other works, Sherman poses in the image herself and is responsible for all the staging. Untitled Film Still #48 was previously sold in 2014 for $2,225,000, making it the 18th most expensive photograph of all time.

The image of The Pond – Moonlight that sold at auction is only one of three, the other two are held in museums. Each one is unique as it was taken in 1904 using a manual method of applying light-sensitive gums to achieve more than one colour. Because the gums were applied by hand, each image is slightly different to the others.

Crypto-art is a form of virtual artwork that is seen to be rare and collectible. Artwork is purchased on the blockchain; a digital ledger that deals with transactions made by Bitcoin or other forms of virtual currency. Kevin Abosch’s Forever Rose is the most expensive piece of virtual artwork ever sold.

The most expensive verified sale for a photograph belongs to Andreas Gursky, who sold his image, entitled Rhine II, in 2011 for just over $4.3 million. The image is number one in a series of six and depicts a section of the Rhine river, just outside Dusseldorf. Gursky has digitally removed surrounding buildings to leave the final image, making it truly unique, as you won’t be able to get the same view if you visit the river yourself.

Australian photographer Peter Lik claims to hold the record for the most expensive photograph ever sold: a staggering $6.5 million for his photo Phantom. However the price has never been officially verified, as the buyer is “private and anonymous”.

There are also claims that Lik’s prices aren’t legitimate, as he increases the prices of his work (which he only sells in his own galleries) as the limited number of 995 decreases. His work is often regarded as to not be genuinely collectible by art critics, but he uses the method of hype-building to attract art novices with large disposable incomes.

Another of Cindy Sherman’s visually stunning self-portraits makes it onto the list of most expensive photos ever. This time, Untitled #153, which depicts a blond woman laying in some grass, covered in mud. It’s not confirmed or totally clear, but it’s presumed she is dead. The image takes inspiration from the femme fatale character of classic film noir.

Andreas Gursky took photos of the Chicago Board of Trade from various vantage points and released each of them as individual images. While the third in the series sold for nearly $3.3 million, the first fetched just over $2.5 million at the same time. T

he image is incredibly similar to the others, but is taken from a more direct angle. While it doesn’t quite show the vastness of the trading floor compared to Board of Trade III, it still depicts the frantic nature of stock trading.

Another Andreas Gursky image now, this time, his photograph of a night time view of Los Angeles taken in 1998. The original image is over three and a half metres wide and clearly shows the curvature of the earth on the horizon. Many critics find the composition of a calm, serene view of a bustling city to be particularly effective.

Gursky took this image of a high-rise building in Paris, Montparnasse in 1993. Like many of his other works, the original print is quite large, measuring 2.1 x 4 metres. The focal point of the image is of the apartment building, and by not showing where it ends at the sides of the frame, leaves the viewer thinking it may extend for miles and miles.

The only known and authenticated photograph of notorious gunslinger Billy the Kid was sold at auction in 2011 for $2.3m, making it the 17th most expensive photo ever sold. It’s still not known who took the image, but it was allegedly given to Dan Dedrick by Billy the Kid himself, only for Dedrick’s descendants to inherit it.

The image shows Billy the Kid, real name Henry McCarty and later William H. Bonney, holding a Winchester carbine rifle and with a Colt 45 pistol on his hip and was likely taken in 1879 or 1880. Bonney died in 1881 from a gunshot wound at the age of 21.

It’s not known who the Tearful Woman in Man Ray’s 1936 image is, but it exhibits his skill not only as a photographer, but as a painter too. The image of the woman was taken on a camera, but Man Ray has used ink on certain areas: lips and eyes, to vividly enhance them and to make them appear more like drawings.

Andreas Gursky appears on the list once again, this time for his 2001 photo 99 Cent II Diptychon. The image is a diptych, which refers to any image or object in two parts, attached by a hinge and was taken in a 99 Cents Only store in America and depicts several shopping aisles, however Gursky has manipulated the colour to give the explosions of red and orange. The images are huge, measuring 6.8ft x 11.1ft, and six sets were made.

Man Ray, born Emmanuel Radnitzky, took this image of Kiki de Montparnasse, his muse and lover, in 1926. It was published in the Parisian version of Vogue magazine at the time and depicts Kiki holding an African tribal mask.

The title, which translates literally to ‘black and white’, refers not only to the medium the image was taken, but the comparison between the face of the model and the mask. This image was part of a whole series, in which Kiki is photographed in various poses.

Andreas Gursky was responsible for another of the world’s most expensive photographs in 2013, with this image – taken in 2000 – of the trading floor of the Board of Trade in Chicago. While the workers are already moving frantically, giving the image some motion blur, Gursky double exposed some areas to further enhance the impression of movement. As with his other images found in this list, Gursky has also manipulated the colours to make them more vivid.

Another of Cindy Sherman’s images, Untitled #92 from the Centrefolds series, makes it into the list of 24 most expensive photos ever. This time, Sherman has made herself up to look like a stereotypical school girl, with checkered skirt and white blouse. It could easily be mistaken for a still from a film, particularly something from Alfred Hitchcock, due to her natural pose and attention to detail, such as dirt under her fingernails.

Photographer: Andreas Gursky
Sale Price: $1,925,000
Date of Sale: May 16, 2013
Gursky first released an image of the Rhein in 1996, which went on to sell for $1.9 million in 2013. This version has less vivid colours than Rhein II and has been photographed using a narrower field of view. However it employs similar techniques to Gursky’s record-setting second version, namely the lack of side frame, making it appear as though it could go on forever. 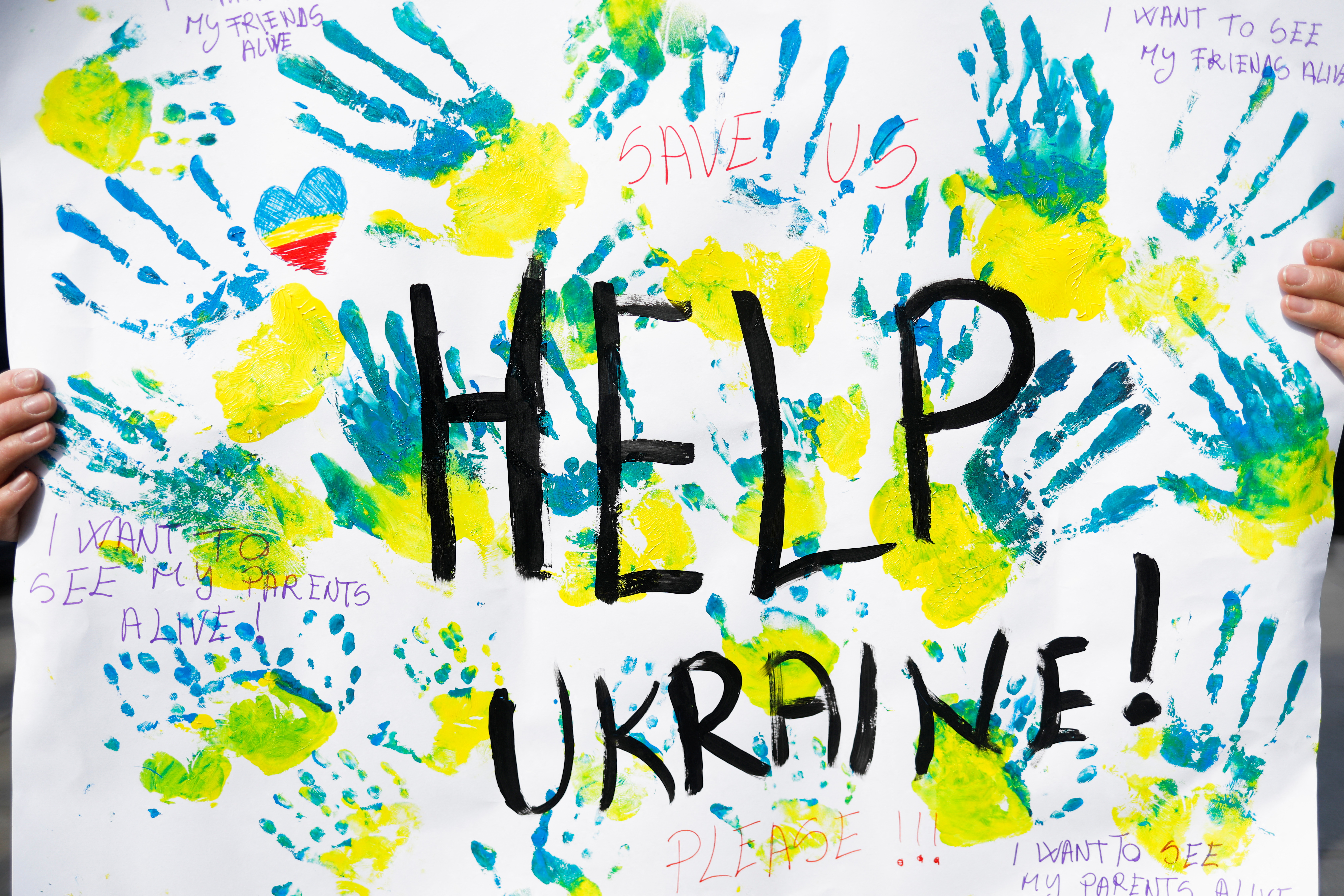 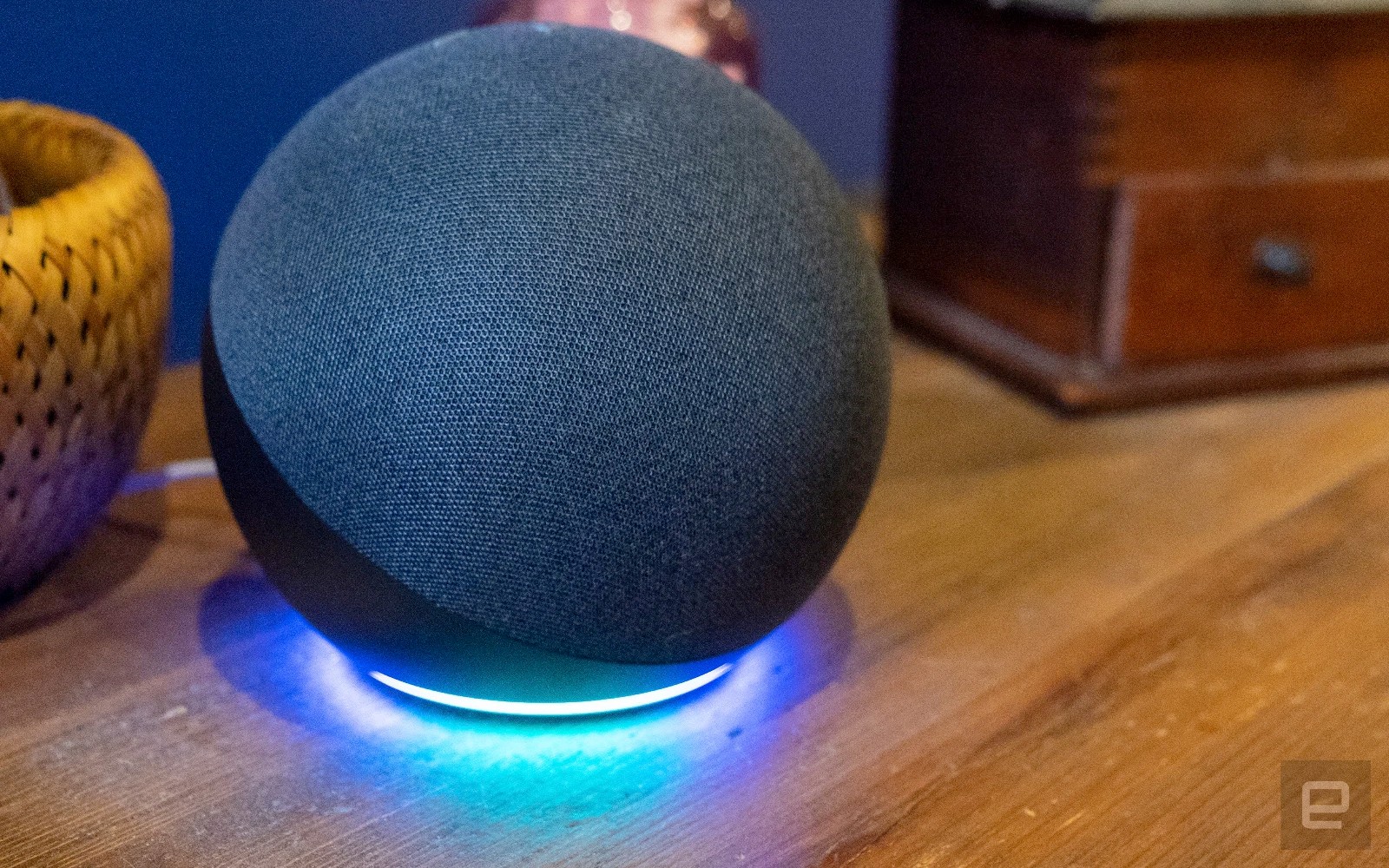 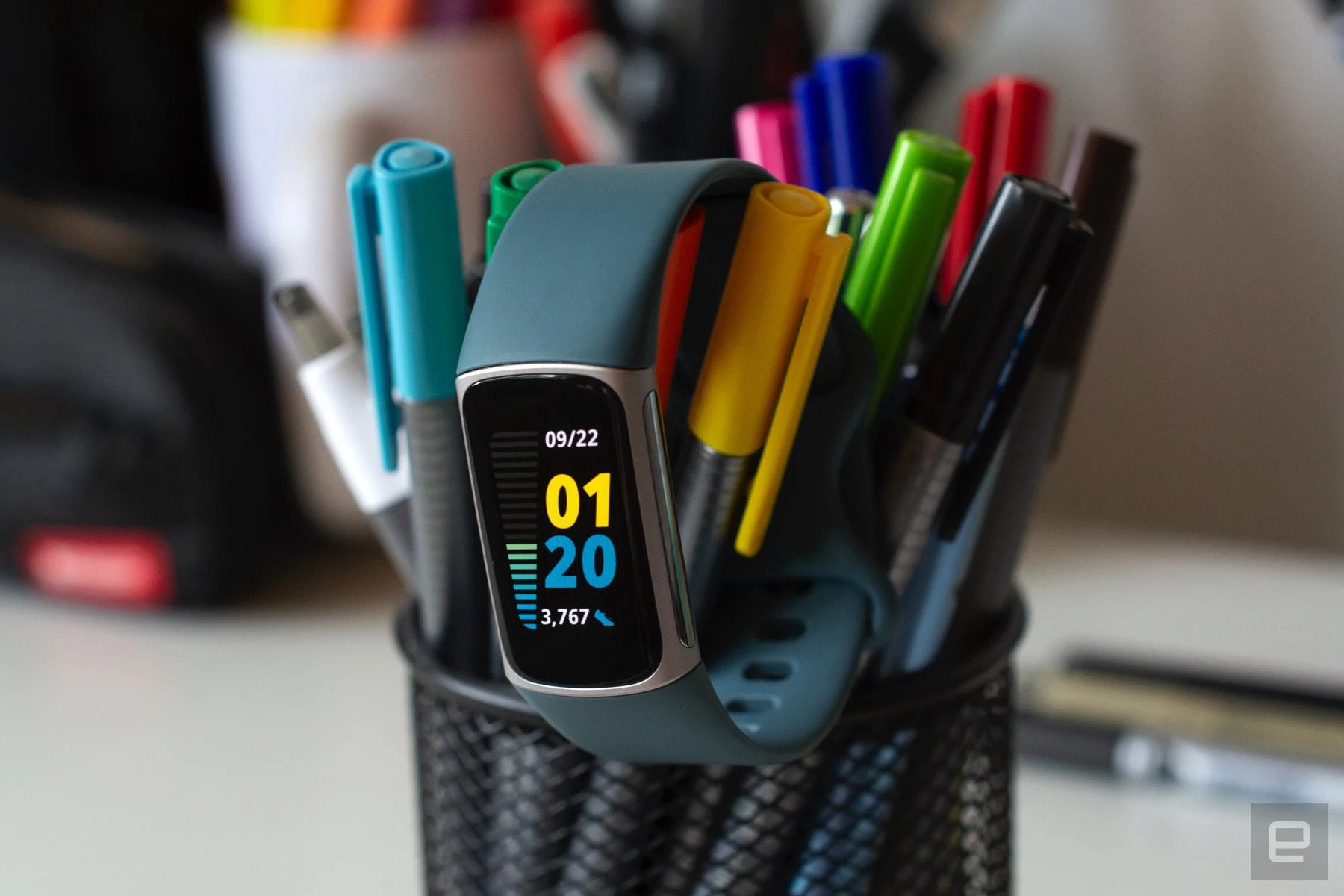