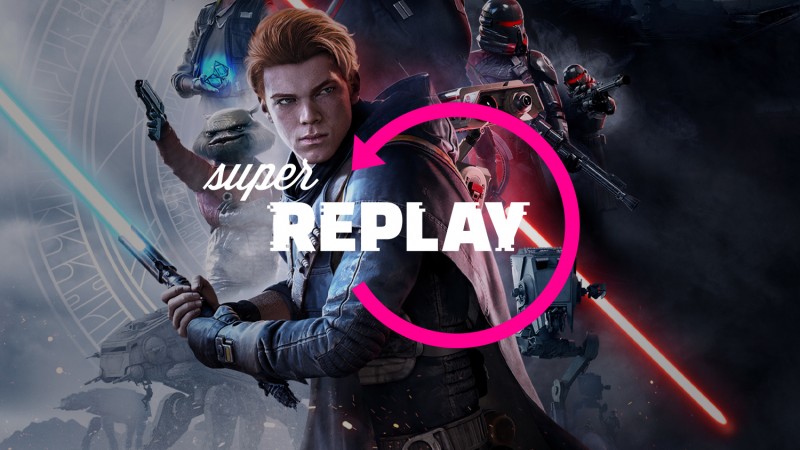 
A not-so-long time ago in the same galaxy we all reside in, Respawn Entertainment deviated from its first-person shooter roots to create Star Wars Jedi: Fallen Order. This third-person action game was the studio’s first stab at tackling the coveted Star Wars license, crafting an original adventure set five years after Revenge of the Sith. It stars Cal Kestis, a padawan turned junker (played by Shameless star Cameron Monaghan) that managed to evade the Jedi purge of Order 66. After he’s outed by the Sith, he embarks on a quest to recover an artifact capable of locating force-sensitive children while also avoiding capture by the Inquisitors, who are elite Jedi hunters.

The game features a blend of lightsaber combat and a suite of Force abilities. Borrowing inspiration from FromSoftware’s Soul series, encounters are challenging, requiring a strategic blend of blocks and parries to outduel opponents. Meanwhile, the various planets take on a Metroid-inspired progression with players unlocking abilities to backtrack to previously inaccessible areas.

Fallen Order was released on November 15, 2019, and was a critical and financial success. It also served as a saving grace for single-player fans, providing proof to an increasingly multiplayer-focused EA that linear story-driven experiences can still make the big bucks. With a sequel reportedly in the works, we’re revisiting this gem of the Star Wars video game pantheon.

Join Marcus Stewart, Andrew Reiner, and, making his Replay debut, GI web designer/programmer Jon Woodey on Twitch today at 2 p.m. Central as we journey through the entirety of Cal Kestis’ adventure. Expect plenty of laughs, deaths, and general nerding out over all things Star Wars. We encourage you to hang out with us in chat. Just as a reminder, subscribing to Game Informer on Twitch rewards access to the official Game Informer Discord channel where you can interact with our lovely community as well as the editors. See you in chat!