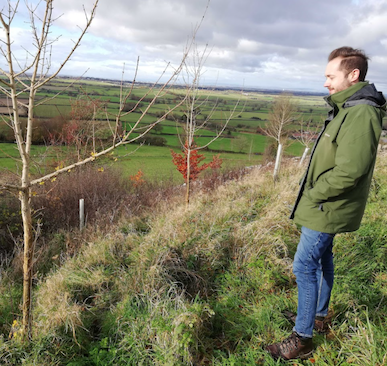 
People subscribe to music so why wouldn’t they subscribe to carbon offsetting to alleviate their conscience about the climate crisis? That’s partly the thinking behind UK startup Ecologi, which uses the funds to plant 1m trees every 10 days in places like Africa, and Latin America, as well as doing things like protecting peatlands in Indonesia. By doing this it reduces your carbon footprint by buying carbon offsets tailored to what you consume.

In April, Ecologi closed a seed investment round of $5.75m (£4.05m) at a pre-money valuation of £16.5m from lead investor General Catalyst, with and Entrée Capital.

The subscription service – used by 35,000 individuals and businesses – allows members to “grow their own forest” with at least 12 trees a month and offset their carbon footprint by funding a wide range of the carbon reducing projects.

Launching in 2019 and bootstrapped until now, the company also puts all receipts, certificates, board minutes and financial statements all up on their public ledger.

It’s now hit a pre-money valuation of £75m after exceeding its £2m crowdfunding target on the UK’s Crowdcube platform. The money will be used for product development, growing its team and expanding in the US and EU. It’s also now awaiting B-Corp certification.

This would compete with other carbon footprinting SaaS startups such as Normative, Spherics, Plan A and others.

Ecologi claims to have grown by more than 650% in nine months, and increased its impact through carbon reductions by 330% in the last year. In January 2021, turnover was at £3.0m ARR (annual recurring revenue), but the company projects it will end the year with £8.5m ARR.

So far it claims to have has funded 5,563,947 trees, removing 236,423 tonnes worth of CO2e. The majority of these trees were planted across Madagascar, Mozambique, Nicaragua, the United States, Australia, the UK, and Kenya. Projects the company supported in the quarter included protecting peatlands in Indonesia and producing energy from landfill gas in Turkey and from waste rice husks in India.

Elliot Coad, CEO and co-founder, commented: “Community ownership is at the heart of what we do, and has been the driving force behind our growth over the last two years, so we felt it was only fitting that we offered our loyal subscribers the chance to own a stake in Ecologi. Since GC’s investment in April this year, we have spent the last three months turning down VC money in favour of a community based crowdfund.”

How much money can crypto gaming absorb in the near term? – TechCrunch