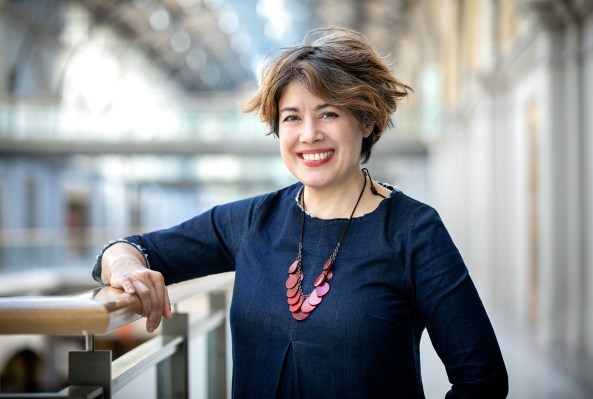 Caterina Fake is an investor at Yes VC. Previously she was cofounder of Flickr, Chairman of Etsy, and one of Time Magazine’s Most Influential People in the World.

You have social capital in your industry and access to hot startups. You know top investors. You’re smart, have hustle, know what it takes. It’s almost inevitable, and maybe even your destiny: You are going to be a VC. And so you ask the VCs you know: How do I raise my first fund? You ask me, Caterina Fake, and my answer is counterintuitive: Don’t.

Don’t start by raising a fund.

SPVs – Special Purpose Vehicles – are an underappreciated and overlooked way to break into venture investing. SPVs are much faster to raise than a fund, easy to set up, and, best of all, generate returns faster, because fees and carry are paid out deal by deal. Good for companies, good for investors and good for you, the future VC.

SPV’s are seen as bush league by VCs, because they’re not “real” funds, but their wins are just as real. They’re a disruptive onramp that lots of rookie —  and seasoned — VCs use to outmaneuver their slower-moving peers, get into otherwise inaccessible opportunities, and, if all goes as planned, ring the bell at the NYSE or light their cigars with $100 bills.

Y Combinator invented the SAFE so founders could raise capital in smaller chunks and raise it faster. It revolutionized fundraising. SPVs are like SAFEs for VCs.

What makes SPVs so useful? Consider: SPVs are cheap and easy to set up on a variety of platforms, including AngelList, Canopy, Assure, Carta, Republic, Flow and Stonks. (Full disclosure, Stonks and Flow parent company Dapper Labs have received funding from my firm, Yes VC.)

A standard SPV on AngelList takes a couple of days and costs $8,000. Meanwhile, a traditional fund — which involves formation, drafting agreements and onboarding LPs — usually takes months and can add up to tens or even hundreds of thousands of dollars in legal fees.

You can market SPVs to a much broader group of investors than a traditional fund, bringing in non-institutional investors (family offices, HNWs, any accredited investor). They like SPVs because it is like investing directly in a company, except you do the hard work sourcing, building relationships and closing the deal for them—they just get to pick.

Founders like SPVs too, because they bring in a group of investors who can be useful to them, SPVs can close quickly, and SPVs don’t clutter up their cap table. Founders will often send investors your way — say friends and family, small checks, potential advisors, and investors who didn’t get into the last round.

On your way to creating your fund, SPVs are also a great way to build a track record, grow your AUM and LP networks, and carve out your niche in today’s hyper-competitive market. You can pitch the SPV to HNWs, family offices and other investors without requiring them to commit to a blind pool–yet.

You can even de-risk your future General Partnership by doing SPVs first. Silicon Valley is rife with horror stories about VC firms where the GPs aren’t on speaking terms or who find themselves in the destructive and costly process of firing a “key person.” Working with a partner by doing a few SPVs together and splitting the carry will help you see if you like working together. With a fund, GPs are practically locked in for life. Date before you marry!

Buzzy deals? Hot deals? Awesome deals? Deals you just know are going to be huge? SPVs let you go after them. You’re not painting yourself into a corner with a predefined stage, strategy or bullshit thesis that exists just to woo some reluctant LP. You can develop a specific, battle-tested story or thesis backed by your SPV track record. Prolific angels raising funds are often surprised when LPs shrug at their angel investment record. They don’t realize how important it is for LPs to see someone who has consistently raised pooled vehicles and deployed pooled capital successfully, reliably, and with a strategy. SPVs lift you out of the angel bucket and drop you in the pooled investment manager category.

Once you’ve done a few SPVs, you can graduate to pitching a traditional fund from a much stronger position. Add up all those SPVs, and you already manage significant AUM. Some of the SPV investors will join your fund, now that they’re familiar with your investing style, your deals, and your hustle. Prospective LPs just joining the party can call your SPV investors to check your references. There’s so many wins here, I’m losing count.

Also, starting a VC fund requires liquidity . Many first-time GPs go without pay for a year or more while raising their first fund – and then have to shell out their first GP commitment, sometimes hundreds of thousands, or even millions of dollars. Some first-time GPs are forced to take out loans to pay their own GP commits. It’s customary to invest in your own SPV, too, but you can start with a dramatically lower amount (tens of thousands of dollars or even single digit thousands), and if you need to make rent, or pay for childcare, you can extract a cash fee from your investors the instant the SPV closes.

The most important advantage for a first timer, though, is speed. It can take two years to raise a first time fund. That’s two years of your life spent pitching skeptical and seen-it-all institutional LPs. You may not make a single pooled investment until you complete your initial closing unless you’re self-funding. SPVs work in reverse. You’re already investing, because first you find the deal, then the investors – and founders —  will often help you bootstrap by directing people who are already excited to invest in their company to do so through your SPV.

Are there downsides? There are always downsides.

One downside of an SPV is that once you and the founder agree on the allocation and terms, and lock in on a deal, you’ll need to raise capital into the SPV quickly so you don’t lose the deal. But this can be good! It forces LPs to commit right away.

Another possible downside is that some of your co-investing VCs will find your SPV annoying, since you’re taking precious allocation away from them. But with the founder’s support, and by adding value, you can justify your piece of the pie.

Access to capital also gets easier with each SPV you do, because any investor who invested in your first deal (if it’s any good) is more likely to invest in your second and third one, too. If you have consistent access to great deals, a single well-crafted Signal or WhatsApp message summing up the opportunity, sent to your LP group, can get your SPVs oversubscribed in minutes. I have seen it happen! A lot!

So walk before you run, and get to your goal faster.