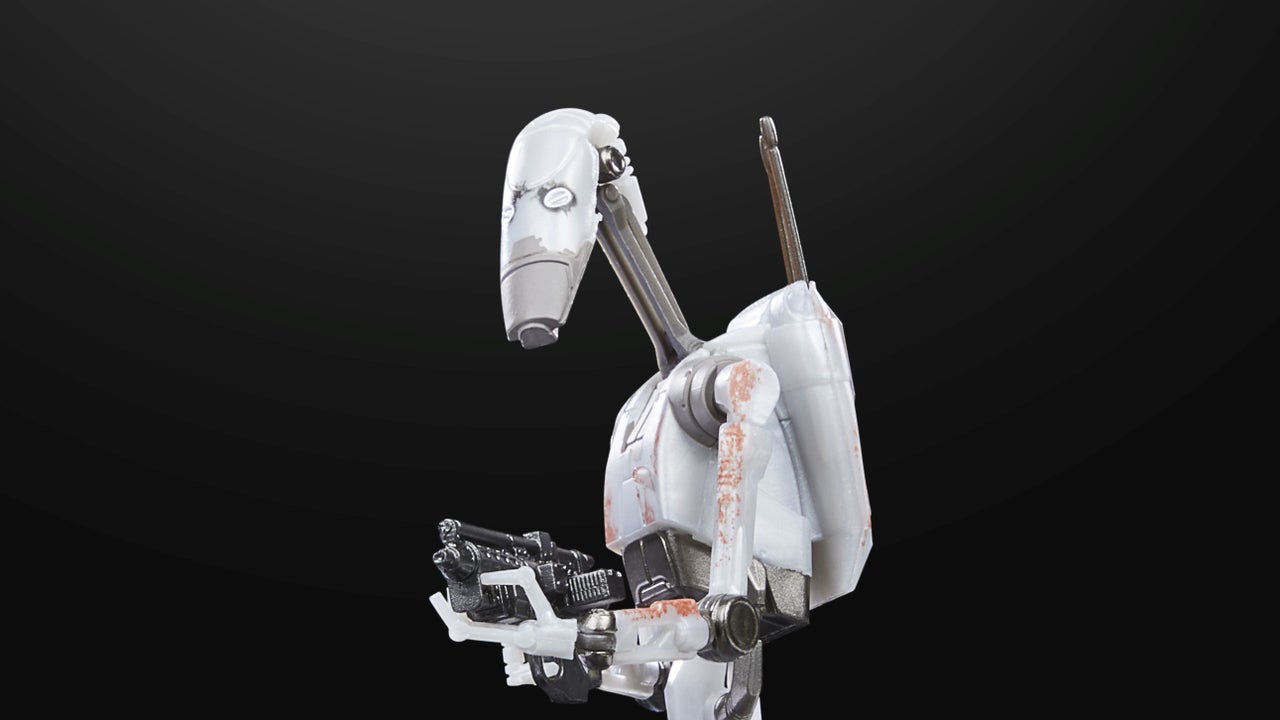 
Fans of 2005’s Star Wars: Republic Commando are still waiting for a sequel, but there is one ray of light on the horizon. Hasbro is immortalizing one of the enemies from that video game as part of the Star Wars: The Black Series action figure line.

The Republic Commando Battle Droid is the latest entry in Hasbro’s “Gaming Greats” lineup, which has previously covered iconic titles like Knights of the Old Republic and Jedi Fallen Order. This Battle Droid variant is the first Republic Commando-inspired figure to join the Black Series. Check out the slideshow gallery below for an exclusive first look at the figure:

While not the first time Hasbro has tackled the Battle Droid in the Black Series line, this particular version features a unique, weathered paint scheme and weapon based on Republic Commando. Based on these photos, the figure boasts some pretty impressive articulation, even allowing for collectors to fold it up into Trade Federation deployment mode.

Like all Black Series figures, the Gaming Greats Battle Droid is designed at 1:12 scale and measures about 6 inches tall. The figure will carry an MSRP of $27.99 and is slated for release in Spring 2023.

The Battle Droid figure isn’t available for preorder just yet. Preorders will open on Thursday, September 15 exclusively through Gamestop, as part of the Gamestop Collector Fest event.

Republic Commando made IGN’s list of games that sorely deserve sequels. While there’s no sign yet that a sequel is actually in the works, Republic Commando was ported to the Nintendo Switch and PS4 in 2021. You can also see where the game ranks in our look at the top 10 Star Wars games of all time.

Jesse is a mild-mannered staff writer for IGN. Allow him to lend a machete to your intellectual thicket by following @jschedeen on Twitter.