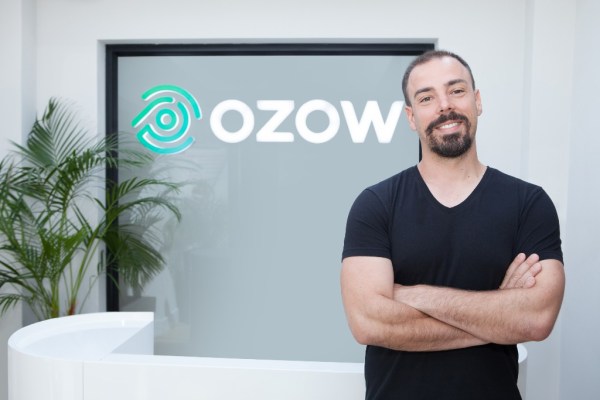 Buy Grand Theft Auto: The Trilogy – The Definitive Edition On PC, Get A Free Rockstar Game


According to a 2019 report by Deloitte, about 80% of South Africans have a bank account but only 24% of them make more than three transactions monthly.

Unlike other African countries, South Africa also has a functioning credit system with the prevalent use of credit cards. However, expensive value-added services like credit cards do not necessarily address the needs of underbanked people.

Digital payments gateways, on the other hand, have a unique use case, particularly when they can help people use their basic bank accounts to make payments. Ozow is one such player. Coming off a year of exponential growth, it has raised a $42 million Series B to provide more alternative payment solutions to its millions of merchants and consumers.

Founder and CEO Thomas Pays started Ozow in 2014 to drive financial inclusion through open banking. The company allows consumers to access their internet banking platform when they make transactions online.

On a call with TechCrunch, Pays said that before Ozow, manual ETF processes were the popular options to carry out transactions online. At the time, most fintechs and banks did not recognize the need for using bank payments to facilitate online transactions.

Pays launched Ozow to automate the manual ETF process consumers used to pay across e-commerce, point-of-sale, e-billing or P2P methods. According to Pays, he wanted Ozow to “make it seamless for consumers to pay in three clicks.”

“What we wanted to address was a central platform that could basically provide solutions to e-commerce, point of sale, e-billing and peer to peer payment.”

The platform, which caters to more than 47 million bank account holders, typically works this way. First, consumers select Ozow as a payment option when shopping online or in-store.

Next, they choose their bank (from all ten major South African banks), log in with their online banking details, and Ozow automates the payment process.

All merchants need to have is a bank account and a “smart-enabled device” to receive payments. Ozow’s clients include leading enterprise companies, such as MTN, Vodacom, Shoprite Group, Takealot and Uber.

Ozow is free for individual users. Merchants can also use the payments gateway for free in the first 12 months, or up to $1 million in processing value per month.

The company also works with distributors and payment service providers and resellers of its product. They get charged a percentage fee that varies between 1.5-2.5% for every successful transaction made via Ozow.

EFTs represented about 4% of the volume of sales in e-commerce stores in South Africa before Ozow came into the picture. Now that volume has grown to an average of about 30%, and ETFs have become South Africa’s second most popular payment option (after cards) for e-commerce.

Since the company’s Series A raise of  $2.5 million in 2019, Ozow has seen a 100% year-on-year growth of its business. It processes over $100 million in transaction volume per month across thousands of merchants.

“We are also seeing a growth in new users, which is in excess of 140,000 per month. That’s quite an incredible growth and adoption,” he said.

“And this is certainly due to the consumer and merchant education that we had to go through over the past seven years as it was quite an innovative solution that no one was really familiar with before.”

Pays is particularly excited about the company’s new investors that made this happen. As lead investor, Tencent committed almost half of the total raised, about $20 million, Pays tells me.

“It’s an honour to bring on board Tencent, Endeavor Catalyst and Endeavor Harvest Fund. This is a validation of our role in transforming the banking industry through the development of innovative, convenient and more inclusive payment solutions for everyone,” he said in a statement.

On a side note, Reid Hoffman was also involved in the round as he chaired the Endeavor Catalyst’s investment committee approval.

Using the new funds, Ozow hopes to drive fintech regulation to ensure that more people access payment services. “We’re working closely with the regulators to drive open banking, and that includes our collaboration with government and industry partners to rollout RPP,” Pays said.

Though 8 out of 10 South Africans own a bank account, over 70% of all retail payment volumes and 89% of the country’s transactions in its informal economy are still cash-based.

Ozow’s plan with the RPP (Rapid Payment Programme) is to create an instant payment ecosystem that would give people the ability to make real-time payments using simple identifiers, such as mobile numbers or email addresses.

The CEO mentioned that Ozow also plans to expand its team from 100 to 250, including hiring employees in its new European office.

A portion of the funds will also be directed at mergers and acquisitions and pan-African expansion to four countries in the next six months: Namibia, Ghana, Nigeria and Kenya.

Buy Grand Theft Auto: The Trilogy – The Definitive Edition On PC, Get A Free Rockstar Game