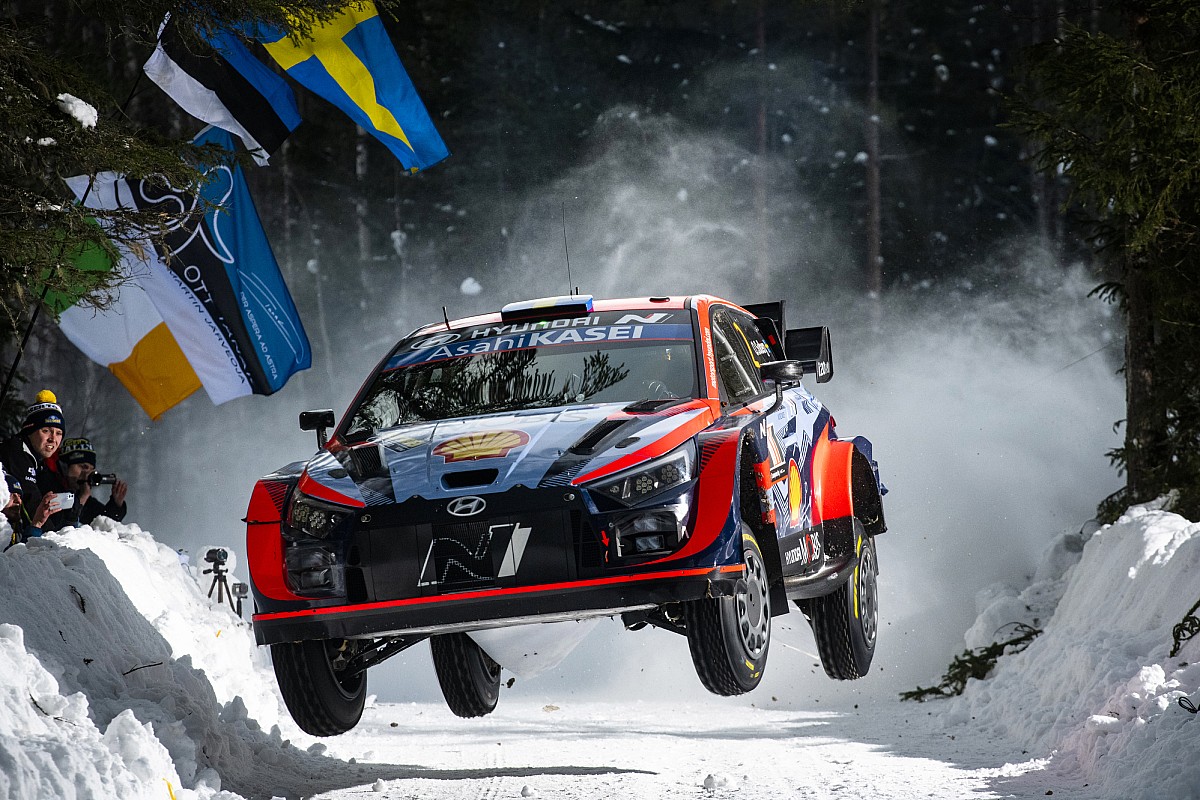 
The new Hyundai WRC recruit enjoyed a confidence-boosting run-out at the championship’s last round in Sweden, posting a series of strong times that placed the Swede 1.6s from the lead after four stages.

Solberg drifted away from the lead battle as the rally progressed, ultimately finishing sixth after a throttle issue resulted in a late stage check in on Saturday evening, incurring a 2m40s penalty.

However, the display helped rebuild his confidence levels after an inconsistent 2021 and a difficult start to the life as a factory WRC driver at Monte Carlo, that ended in retirement after falling ill from inhaling exhaust fumes that had entered his i20 N’s cockpit.

While keen to point out that he still has plenty to learn to match his more experienced rivals at every event, the 20-year-old, son of 2003 WRC champion Petter Solberg, has been encouraged by his speed.

“I always believed and hoped and dreamed of being the best and trying to fight at the top,” Solberg told Motorsport.com.

“It is still so early in my career so I knew it was going to be tough, but I I always hoped I could be there.

“In that sense it gave me some confidence back. It has been a long time since I have been fighting for something and it was nice to get that feeling back.

“I always knew I had the speed but after a difficult year last year the confidence [took a hit]. I had some very good races last year but it had been a long time since I was fighting at the top.

“I know there is a fine line at the top and they [my more experienced rivals] know how to do it on every stage and that is where I still have to learn.

“I know the pace is there and maybe the possibility is there to be on the podium, and to fight at the top in a few stages, but to win a race, the experience factor is still massive.”

Solberg jumped back aboard his i20 N this week for a pre-event test on tarmac roads in Croatia ahead of the WRC’s visit to the country later this month (21-24 April).

Facing a brand new challenge at Rally Croatia, the WRC rookie says he has to set realistic goals for the event admitting that a “smart” drive will be critical.

“Croatia is a new event again for me,” he added. “The speed is good on tarmac as well but maybe not to the level where I was able to fight in Sweden. I just need to be realistic.

“As I said at the start of the season, some races we will be able to do good and some we will just need to finish and get experience. Croatia is one where I need to get experience.

“We need to be smart and it is a difficult event. The result can be good if you are clever so we need to drive and enjoy.”

Lappi to take over Ogier Toyota for WRC Sardinia

Latvala: Evans has ‘shaken monster from shoulder’ after WRC Croatia