SoftBank has deployed $3 billion in India this year, can invest up to $10 billion in 2022 – TechCrunch 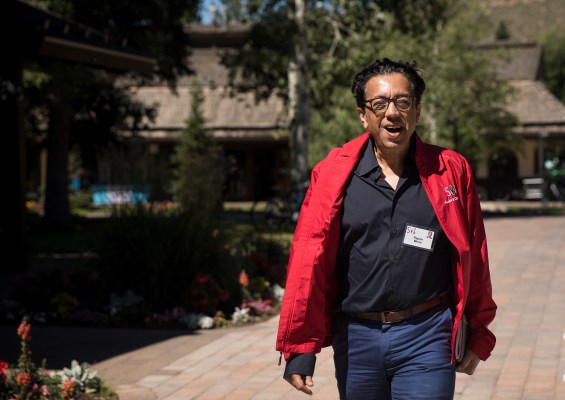 
SoftBank Group chief executive Rajeev Misra said the fund has invested $3 billion in Indian companies this year and can invest $5 billion to $10 billion in the South Asian nation next year if it finds the “right companies” at the “right valuations,” the latest example in the bullishness top investment firms are showing in the world’s second largest internet market.

“If we find the right companies, we could invest $5 billion to $10 billion in 2022,” said Misra at a virtual conference on Thursday, adding the caveat that SoftBank will explore such opportunities “at the right valuations.”

Misra said the firm has slowed the pace of investment in China, but will continue to stay in it as the Asian economy is a major center of AI in the world.

Scores of global investors have deployed tens of billions of dollars in India in the past decade as they searched for early winners in the world’s second most populous nation. The dealflow activities have surged significantly this year as Tiger Global, SoftBank, Falcon Edge Capital and Sequoia Capital India have aggressively chased deals and backed firms at record valuation jumps.

Tiger Global, in particular, has backed over two dozen startups in India this year, many of those are still in early stages of their journeys. The firm, it has been reported, told shareholders earlier this year that India was among the top focus with its new fund.

India has been a major focus for SoftBank in the past several years. Misra said there’s been an “amazing turnaround” in India, where once it was difficult to justify investments.

The Japanese conglomerate helped shape many young Indian startups to build the crucial railroads in the country. Some of its investments include payments firm Paytm and budget hotel chain Oyo, both of which have filed for initial public offerings.

It’s also a backer of Flipkart, which sold majority stake to Walmart in 2018. SoftBank has since deployed more capital in Flipkart. Ola, the ride-hailing giant in India that is also backed by SoftBank, is also planning to explore the public markets next year. “There’s a lot of pent-up demand for tech IPOs,” he said.

SoftBank, which has deployed a record $3 billion in India this year, continues to look to invest in more startups this year, he said.

Misra identified fintech as one of the major thematic focuses that SoftBank is exploring in India. He said in the virtual conference, held by Bloomberg, that innovating in the financial inclusion space is a key to India’s goal of becoming a $5 trillion economy.