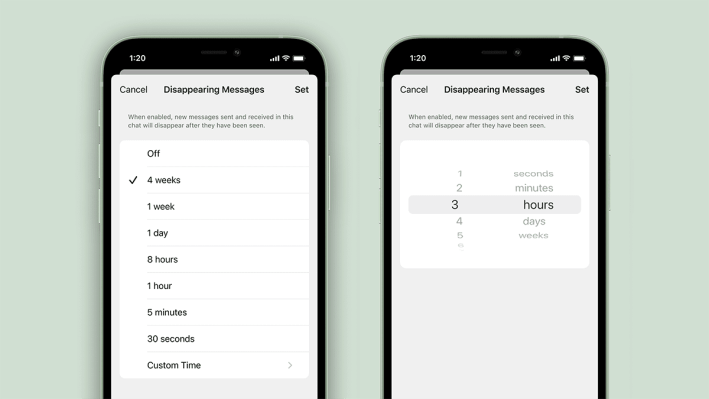 The encrypted chat app Signal is adding a few new options for users looking to lock down their messages. The app will now allow anyone to turn on a default timer for disappearing messages, automatically applying the settings to any newly initiated conversations.

Signal’s disappearing messages option deletes chats for both the sender and receiver after a set amount of time passes. Previously, you had to toggle the option on and select an interval for each individual conversation, which made it easy to overlook the extra privacy feature if you had a lot of chats going at once.

Shout out to everyone who’s been asking for this for a while.

Now you can set a default disappearing message timer in Signal. All new groups you create or new conversations you initiate will be preconfigured with it. https://t.co/QGWv6DTx6V

Signal is also adding more options for how long disappearing messages stick around before evaporating. The app’s users can now select an interval up to four weeks and as low as 30 seconds. You can even lower than to a single second in the app’s custom time options.

On any chat app, it’s important to remember that disappearing messages vanish from the user interface but that doesn’t mean they’re gone for good. Anything you share online can live on indefinitely via screenshots or through someone taking a photo of an app’s screen with another device.

Signal wants its users to keep this in mind, noting that the disappearing message options are best for saving storage space and keeping conversation history to a minimum, just in case. “This is not for situations where your contact is your adversary,” the company wrote in a blog post.

The app remains one of the most popular end-to-end encrypted messaging options to date and earlier this year even managed to absorb some WhatsApp users who grew skittish over data sharing policy changes at Facebook.

The privacy-minded messaging app is very well regarded for its strong feature set and the company’s independence, though Signal remains relatively small compared to Facebook’s own end-to-end encrypted WhatsApp, which the company acquired in 2014. As of December 2020, Signal boasted around 20 million monthly active users, while WhatsApp hit 2 billion users early last year. 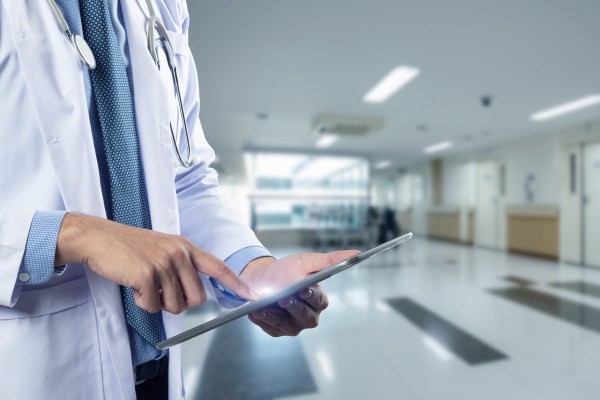 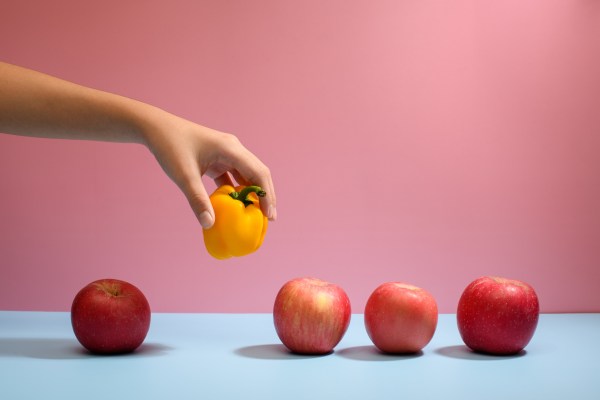