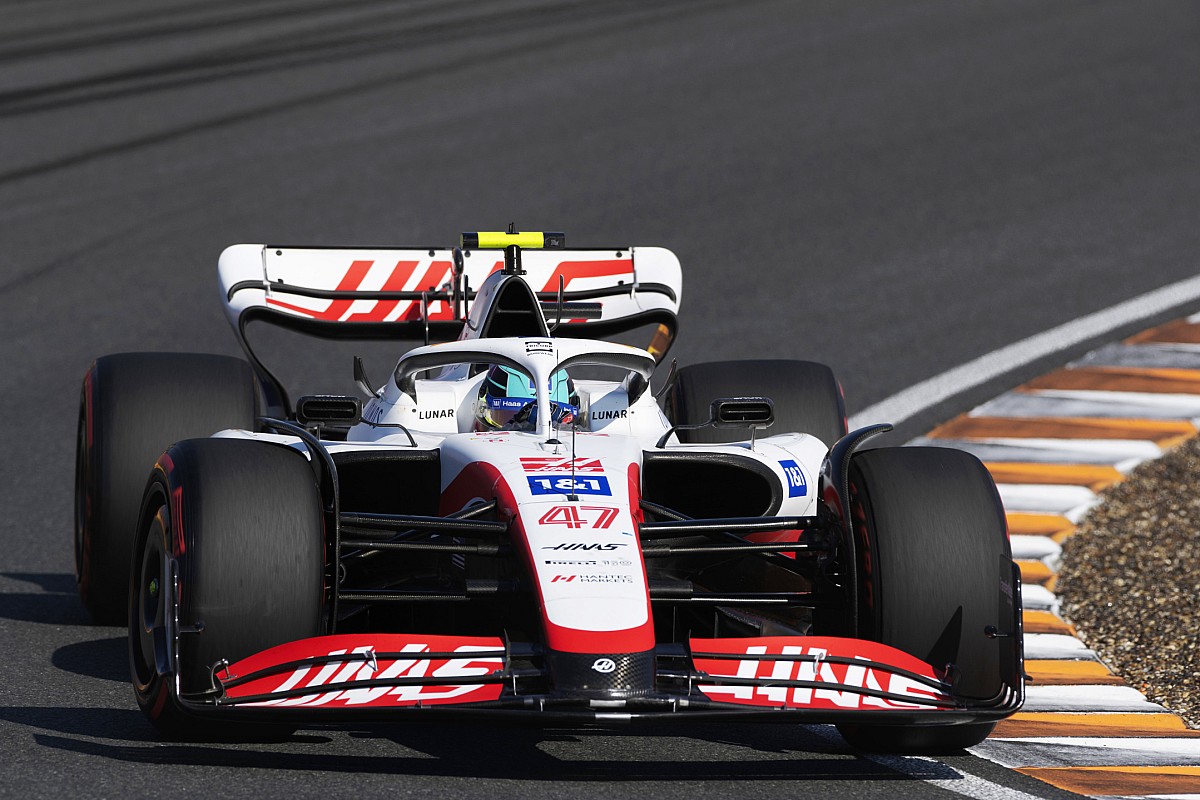 The performance came after it emerged that he won’t be part of the Ferrari family next year, and is set to be dropped by Haas.

Schumacher sailed through the first two parts of Zandvoort qualifying in 12th and ninth places before earning eighth in the final session, helped by a hydraulic problem keeping Lance Stroll in the Aston Martin garage.

“Obviously we still have tomorrow [Sunday] so that’s where my focus is on now,” said the German when asked by Motorsport.com about his afternoon.

“But up to now we were quite happy with the performance of today. It was a box that we wanted to tick, and we definitely ticked it. So it’s a good day today.

“So we’ve got to score the points where we can and take everything onboard, so that we compensate for the races that are maybe not working as we imagined them to be.”

Although he had felt strong all weekend, Schumacher admitted that he hadn’t expected to reach the top 10.

“I just had the real like good confidence from the beginning in the car, the set-up didn’t need basically any changes. So we definitely started on a good foot.

“So to outperform some of the other competitors that seemingly were faster up to now is a great thing, especially on this track, where overtaking is still quite difficult. So very much looking forward to tomorrow.”

Regarding the race, he said: “Long run pace didn’t seem too bad. I think everybody’s going to struggle a bit with tyre management.

“It’s obviously a high intensity track for the tyres, especially surface temperature seems to be concern at times. I’m just excited to go racing and see what we can do.”