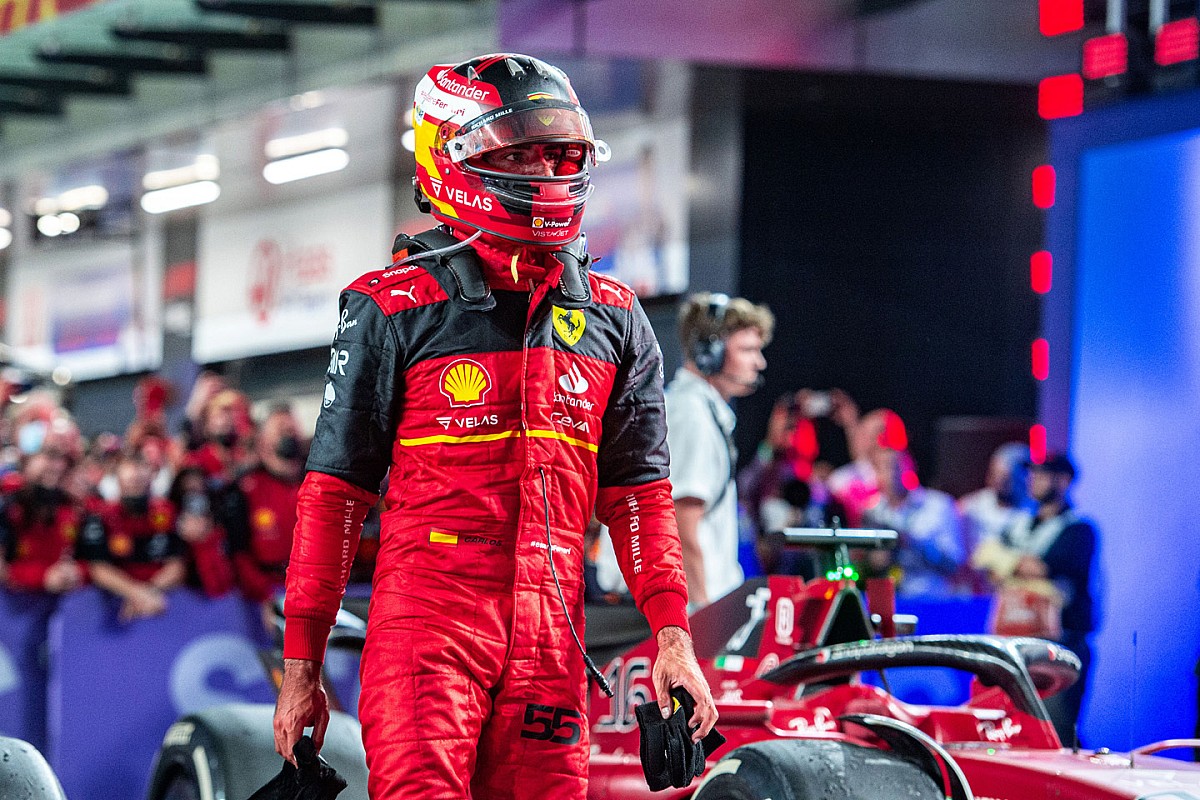 
Sainz has started the year with back-to-back podium finishes, following home team-mate Charles Leclerc in Bahrain to complete a Ferrari 1-2 before taking third in Saudi Arabia.

But Sainz has been open about his difficulty in matching Leclerc through the early part of the year, calling Bahrain his “most difficult weekend” as a Ferrari driver.

Sainz was reluctant to reveal what his exact struggles with the F1-75 car were, but said that driving the Jeddah track twice in the space of four months was a useful way to see where he was behind compared to last year.

“This has been one of the best experiences year so far, experience in terms of just going to a track that 100 days ago, I was here with a super high level of confidence with last year’s car,” Sainz said after the race in Saudi Arabia.

“I was super-weak in quali and in the race. And I knew exactly what to expect from the car and what the car was giving me.

“One hundred days later, I come back and in corners where last year I was very strong, this year, I seem to be struggling quite a bit more and I’m not driving the car the way that it should be driven.

“Together with the car not giving me exactly a feeling that I need for my driving, this combination of things is what I’m working on this week. And I think I’ve made a step forward and I’ve made a step in the right direction for the race.

“But I must say that has also given me the awareness of the two or three type of corner, the two or three places, that last year I was feeling so confident and comfortable that this year I’m not.

“It has given me good data points to work on and become stronger for the future.”

Despite his struggles fully understanding the new Ferrari car, Sainz sits second in the championship after the first two races, 12 points behind Leclerc and seven points clear of Red Bull’s Max Verstappen.

Sainz qualified third in both Bahrain and Saudi Arabia, never finishing more than two-tenths of a second shy of the pole position time.