Sainz: “Frustrating” France F1 penalty hit when “feeling the best with the car” 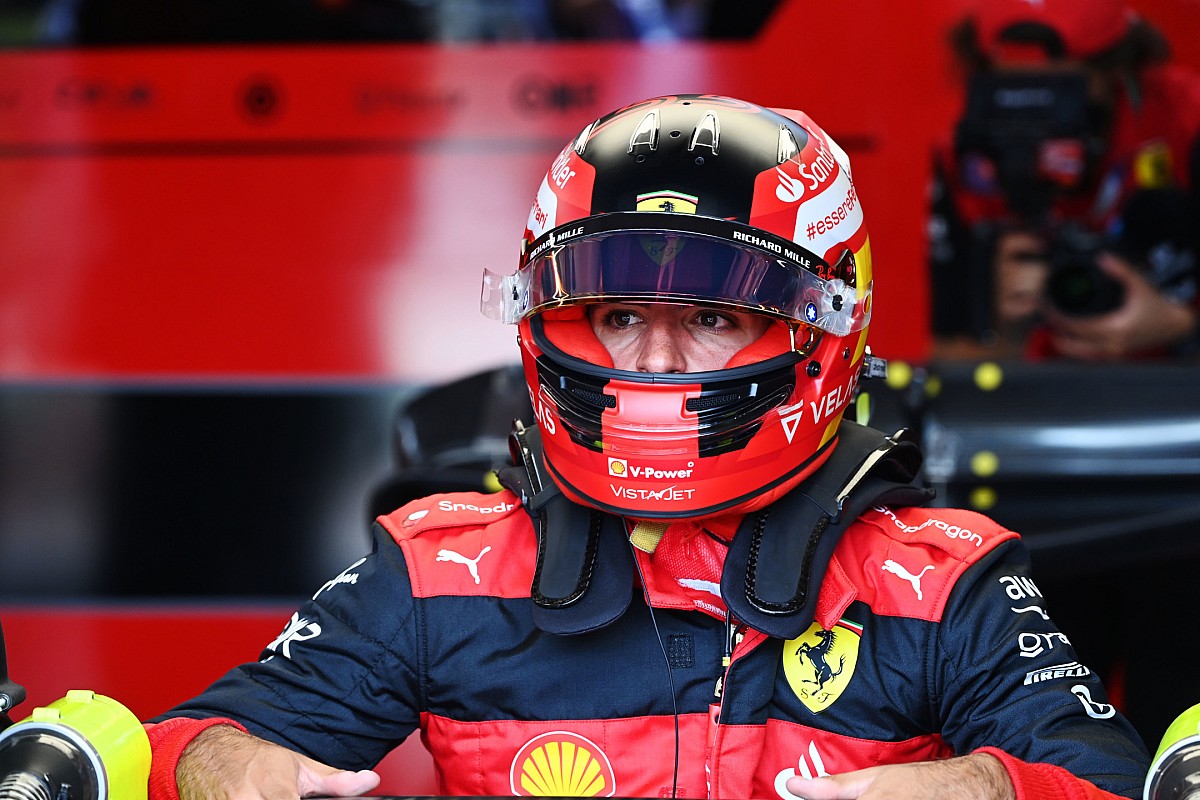 
The Silverstone race winner came into the weekend already facing a 10-place grid drop for a change in control electronics, before Ferrari elected to change more power unit elements – triggering a back-of-the-grid start for Sunday’s race.

This follows on from his fiery exit from the Austrian GP two weeks ago.

As a result, Sainz was sent into qualifying at Paul Ricard with the goal of getting to Q3 to help teammate Charles Leclerc take pole by offering him a tow on the back straight – which he perfectly executed.

But having topped Q2 and been strong all weekend, Sainz feels “the pace this weekend was there to go for pole”.

“It’s a shame it has to come on a weekend that I’m probably feeling the best with the car and I’ve been very quick through yesterday’s practice,” Sainz said.

“Today in qualy I think my Q2 lap was up there but yeah, happy for the team, happy to see Charles profiting from it and getting the pole. Now it’s time for me to get back to the front tomorrow.

“I know I helped for sure, and I think the team is pretty happy for sure about the way I did it, and the way we executed it as a team.

“It’s frustrating because the pace this weekend was there to go for pole also on my side, but we took the penalty and we hope that we can get through [the field].”

Expanding on why he believes this weekend has been his best of the season so far, Sainz says it is the result of the “little things” he has been finding with the car since his nadir at his home race in Barcelona.

“Monaco, Baku, Canada I was up there fighting for the win; Silverstone I won; Austria on pace I was neck and neck with Charles – and here [I’m level too],” he said.

“If anything, I felt very quick, so it just shows that the progress is paying off and I’m getting there.”

Looking ahead to what he can expect from the race coming from the back of the grid, Sainz concedes that he will be conditioned by how wind will affect his car and how his tyres stand up when following other cars.

“Yes, a lot of tailwind on the two main straights, which is where the overtakes happen,” he said.

“That means the DRS effect and the tow is minimal because the wind is pushing you.

“So, it’s difficult to make it through. Also overheating the tyres when following a car in front of you is not easy, but I will try my best.

“It’s been shown this year. Charles in Canada [when he stormed from the back to fifth], it was not easy to make it through the field, it gets to a point where you need a lot of pace delta to overtake. But I’m going to try my best.”