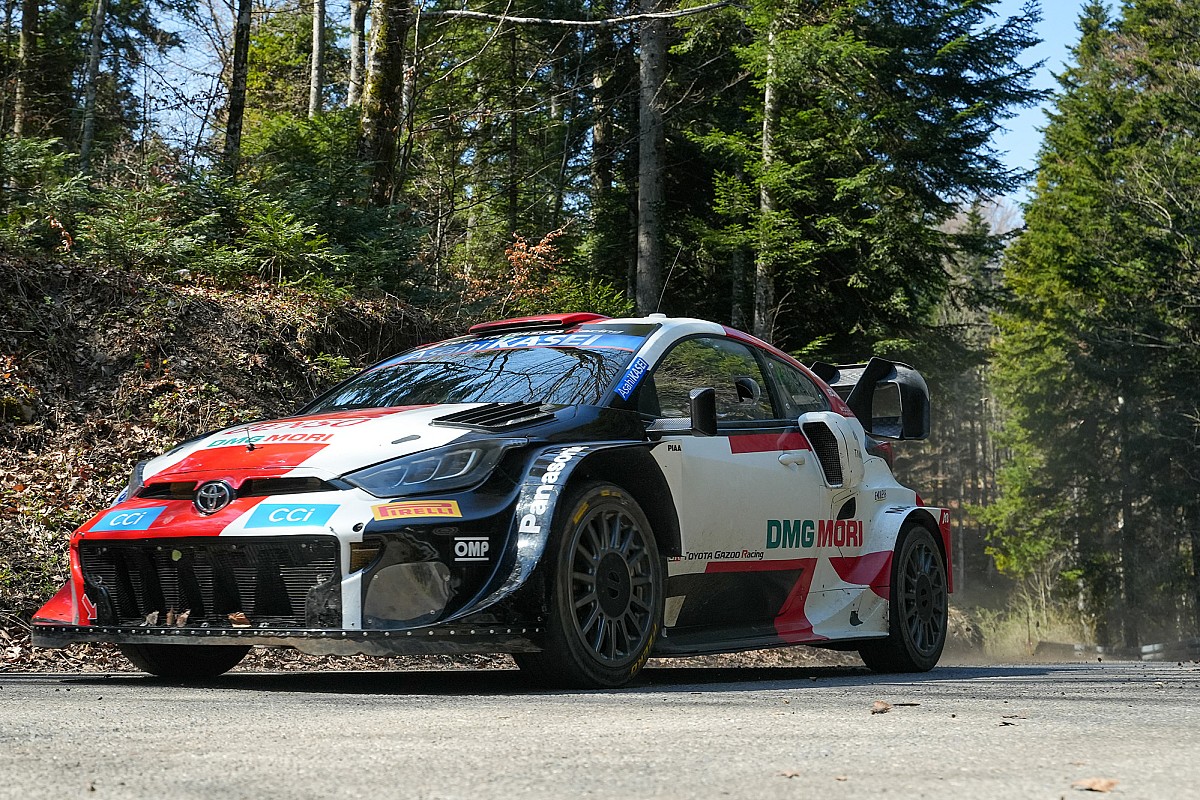 The Japanese team has been nominated randomly by the FIA to carry out the three-day test on Croatia’s asphalt roads with championship leader Kalle Rovanpera set to complete the mileage.

This is the first of three Pirelli in-season tests with the remaining outings to be carried out by M-Sport Ford and Hyundai Motorsport.

Pirelli will use the test to develop its hard compound asphalt tyre with Rovanpera expected to log 200 kilometres of running in his GR Yaris, beginning on Thursday.

The Italian manufacturer has been required to alter the construction of its tyres for 2022 following the introduction of heavier cars as per the new Rally1 hybrid regulations.

“The objective of the test in Croatia is to check how to evolve the hard tyre in line with the development of the new hybrid cars, which are heavier and more powerful than the previous generation, and so potentially more demanding on tyres,” said Pirelli’s Rally Activity Manager Terenzio Testoni.

“To understand this we will be testing the new tyres with the help of Toyota’s engineers and of course Kalle, who has already shown himself to be an excellent test driver in the past.”

The tyre test follows a host of pre-event tests in Croatia this week as WRC teams gear up for Rally Croatia, which will host the third round of the championship from 21-24 April.

Toyota’s Elfyn Evans joined Rovanpera for a pre-event test earlier this week, while Esapekka Lappi and Takamoto Katsuta are set to join the team today and tomorrow.

Aside from testing, it was confirmed Evans will attend July’s McRae Rally Challenge event at Knockhill in July, where he will drive a selection of classic Toyota rally cars.

The second running of the McRae Rally Challenge will celebrate the famous McRae rally family dynasty. Evans will be in action alongside his 1996 British Rally Championship [BRC] winning father Gwyndaf, who will pilot a Mk2 Ford Escort in the stage rally at the meeting, and will be reunited with the MG ZR he drove in BRC from 2002-2003.

M-Sport were also in action in Croatia this week with Craig Breen, Gus Greensmith, Adrien Fourmaux and Pierre-Louis Loubet each enjoying a day’s running in the Puma.

Watch Jennifer Walters Get Angry In The First She-Hulk Trailer