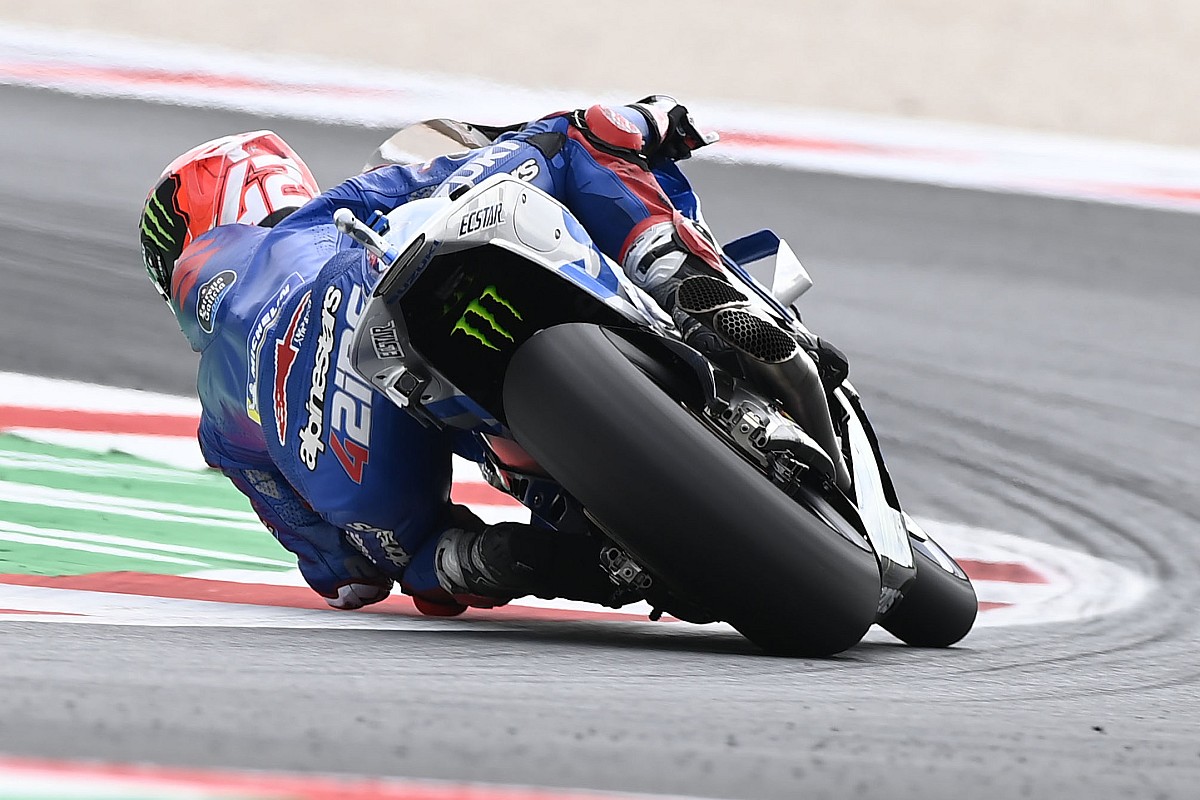 The three-time race winner came off his GSX-RR at the penultimate corner at Misano during the second 45-minute practice session of the day.

When TV cameras cut to him, the Spaniard was seen waving his arms at one of the marshals as his bike was hauled away.

Rins told the media afterwards that the reason he was angry at the marshal was because the volunteer had set off the Suzuki rider’s airbag, which meant he couldn’t re-join the circuit.

He later went and apologised to the marshal for his actions.

“I had an incident when I crashed with the marshal,” Rins began.

“I already went to talk to him. I was so angry because usually there are two types of crashes.

“There is the one where you hit the floor strong and the airbag deploys. And the other one when the airbag doesn’t deploy and you can re-join after.

“So, in my case when I crashed at 150km/h, it was not a heavy crash, the airbag didn’t deploy. But then the marshal came, hit me and then deployed the airbag.

“So, for this reason I was a little bit angry with him. But during the Moto2 session I go there to talk with him and that’s it.”

The FP2 crash has left Rins out of the provisional Q2 order down in 14th. He is in danger of facing Q1 in qualifying should the expected rain arrive on Saturday morning for FP3.

Despite this, Rins feels the Suzuki is working well at Misano.

“We had a pretty good day,” Rins added. “Too bad about the crash because it cut our progression a little bit.

“I had a lot of problems to stop the bike with the medium tire, but when we put the hard (front) I felt more comfortable, but I crashed.

“The lap times are coming out, I wouldn’t say easy, but good and I think that if tomorrow the rain respects us we can hope to get into Q2.”