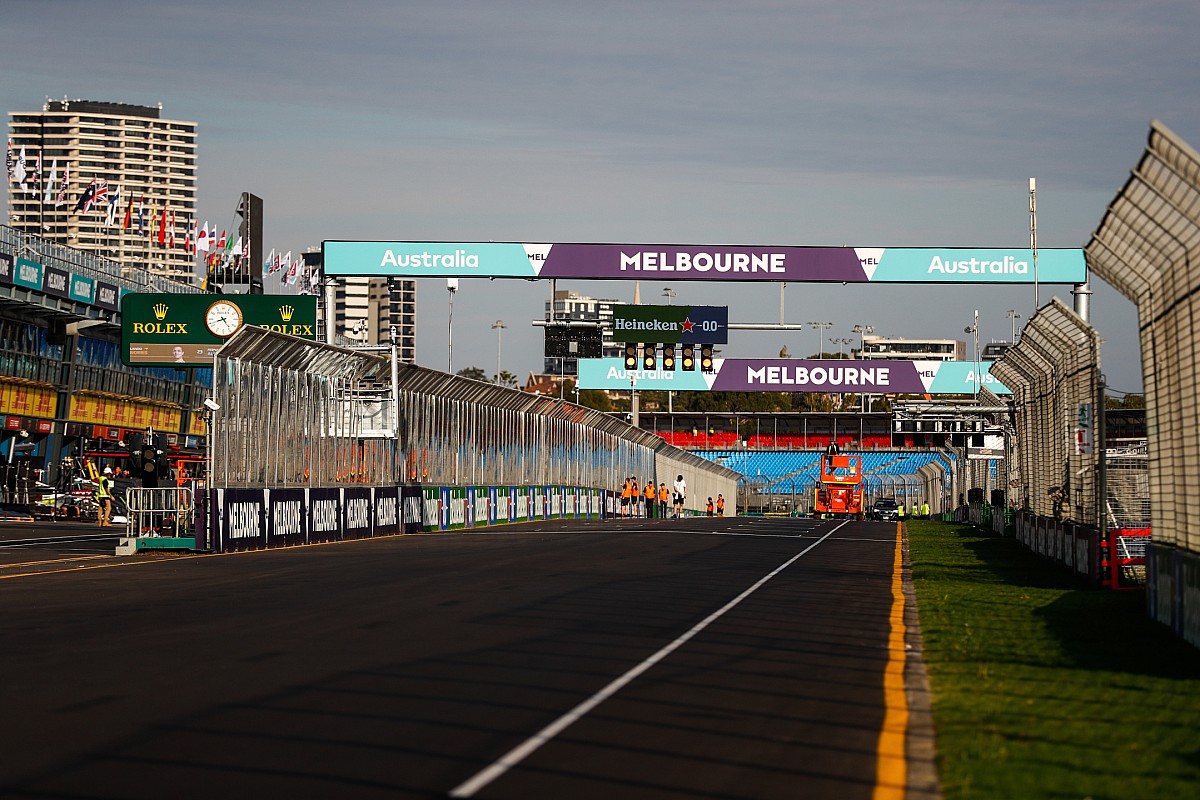 
Following a two-year hiatus triggered by the coronavirus pandemic, the Australian GP is back on the calendar this year at a revamped Melbourne track.

Several corners have been reprofiled and made wider, while the biggest changes have been made at the back of the circuit.

The run from the new Turn 6 down to Turn 11 is now a much faster complex of sweeping turns to help provide an overtaking opportunity.

Speaking on Wednesday at the reveal of a new helmet design that has been created in collaboration with Melbourne artist Reko Rennie and will be auctioned off after this weekend’s race to help raise funds for the Australian Red Cross, Ricciardo was upbeat about the chances of more action.

“It looks really good,” he said about the new layout. “I was a little bit involved in the talks about revamping the circuit a few years ago, when they had the first idea of, let’s say, what to do to try to make the racing a bit better.

“It’s always been a fun track but on Sundays it’s been a little bit tricky for overtaking, just because of the layout and the nature of it. So really, the idea was to try and open it up and just to make Sunday a bit more exciting, and have a few more overtakes. So yeah, it’s going to be much more flowing.”

Ricciardo was hopeful that the quicker nature of the track would also be beneficial for McLaren, which is struggling especially in slow speed corners.

“At Bahrain, the first race of the year, we were definitely struggling,” he said. “It was quite a twisty technical track, then we went to Saudi, a lot more flowing. I think it is much more like Melbourne is going to be like this weekend, and we were a step more competitive. So hopefully it means good things.

“But I think as a race now, you’re going to see a totally different Sunday here.”

Ricciardo has not scored any points so far this year, with McLaren off the pace in Bahrain and him retiring in Saudi Arabia.

And while fans may be hoping he can bag a home podium, he says the minimum target is a top ten finish.

“As simple as it sounds, I don’t have any points yet,” he explained. “It’s only been two races, so to get into points is let’s say a start. That’s like a bare minimum.

“Realistically, the only thing that’s probably going to make everyone happy is a podium. So that’s what I would love. But truthfully we are still a bit off that.”

But while Ricciardo may not have a car that can fight for a win in Australia, he says he is just so happy to be back racing in the country, after the 2020 event was cancelled on the Friday morning.

“I think once it’s gone, you realise how much you miss it,” he said. “And that’s really the feeling.

“To be so close a couple of years ago, and we were all here ready to go. I went to bed that night, ready to wake up the next morning and hit the track, and it was in the middle of the night that I heard it was very likely going to get called off. Yeah, pretty heartbreaking.

“That’s obviously from the selfish point of view as a driver, but for everyone that was here and expecting to see a race, obviously, Australia is quite remote, so for Aussies to travel to other destinations around the world for races isn’t easy. It was hard on everyone, so I’m very happy to be back here.”